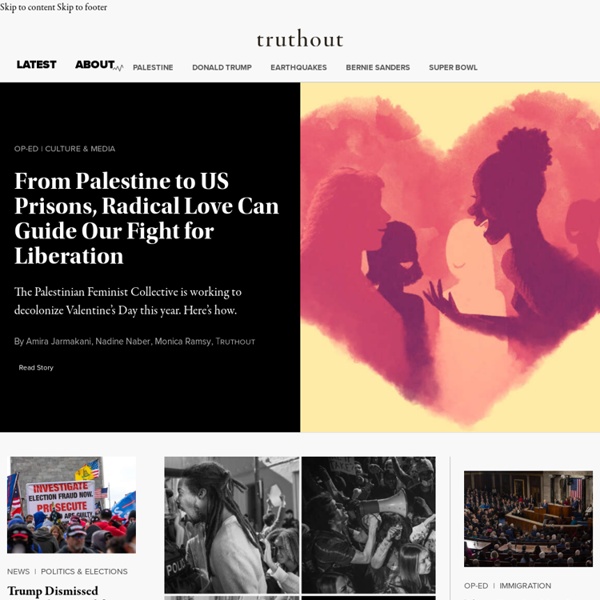 (Image: Addiction via Shutterstock)Voters and policy makers are slowly moving toward reforms to reduce the harm of skyrocketing numbers of opiate-related overdoses, but in the meantime, many like Truthout Writer Mike Ludwig and friends will share skills that "help us keep each other alive, healthy and safe." Maria pulls out a thick-gauged intramuscular syringe and a vial of naloxone hydrochloride, a drug known commonly by the brand name Narcan. She shows the people gathered around me how to draw up 1 cubic centimeter of naloxone into the syringe. "You want to inject it into fleshy areas, the upper arm muscle, thigh or butt," she says. "If there is not response in a few minutes, try administering one more cc of naloxone. Paramedics will give up to 3 cc's."

Universal Declaration of the Rights of Mother Earth This Declaration was adopted by the World People’s Conference on Climate Change and the Rights of Mother Earth, in Bolivia. The Bolivian government has submitted it to the United Nations for consideration. Universal Declaration of the Rights of Mother Earth Preamble We, the peoples and nations of Earth: February 23, 2014 - RT News Trial of Egypt’s Morsi and Muslim Brotherhood postponed The trial of former Egyptian leader, Mohamed Morsi, and top officials from his party, the Muslim Brotherhood, has been postponed to February 27. This time around, the charge is espionage. Originally scheduled for February 16, the trial was hampered first by Morsi’s defense team resigning due to poor courtroom conditions.

Why Our Monkey Brains Are Prone to Procrastination (No, It's Not Just Laziness or Lack Of Willpower) July 4, 2011 | Like this article? Join our email list: Stay up to date with the latest headlines via email. To protect the revolution, overcome the false secular-Islamist divide - Opinion It is impossible to exaggerate the significance of the momentous events that have drawn global attention to Egypt as its people continue to struggle with the unfolding drama of their revolution. There are two evidently opportunistic events that have come together to signal a dreadful attempt by the Muslim Brotherhood to claim the entirety of the Egyptian revolution for themselves, pretty much on the same model that the Shia clerics hijacked the Iranian revolution of 1977-1979 - with the crucial difference that Egyptians in their tens of thousands have poured into their streets and are far more alert and vigilant to protect the totality of their revolution than Iranians were more than thirty years ago. The first event revolves around President Morsi grabbing (and then rescinding) more power than he was granted by the free and fair election that - with a narrow margin - sent him to the presidential palace. But the devil is in the details.

3quarksdaily aggregator & magazine Violence is an unavoidable part of being human Rowan Williams in the New Statesman: It would help if we had a single, clear story we could believe about violence – it’s getting worse because of this or that factor in our world, so we know whom to blame; it’s getting better as we all become more educated and secular, so we don’t have to worry in the long term. But the evidence is profoundly confusing. Richard Bessel begins his lucid and well-documented book with a round-up of contemporary views, from those who think first of the astronomical statistics of humanly devised injury and death in the 20th century to those (like Steven Pinker in a much-discussed recent book) for whom what matters is the gradual change in sensibility that has made us simply more sensitive to the suffering of others – as well as the relative absence of major international conflict in the past half-century or so.

Subcomandante Marcos Comes to Wall Street I am sitting at a coffee place in San Cristóbal de las Casas, a misty town in Chiapas, in southern Mexico. I am told that occasionally Sub Comandante Marcos, the famed leader of indigenous people in the region, used to come here. I wonder if I will see him, although he has not made a public appearance in more than two years. The Richest 1% Have Captured America's Wealth February 16, 2010 | Like this article? Join our email list: Stay up to date with the latest headlines via email. This is Part II of David DeGraw's report, "The Economic Elite vs.