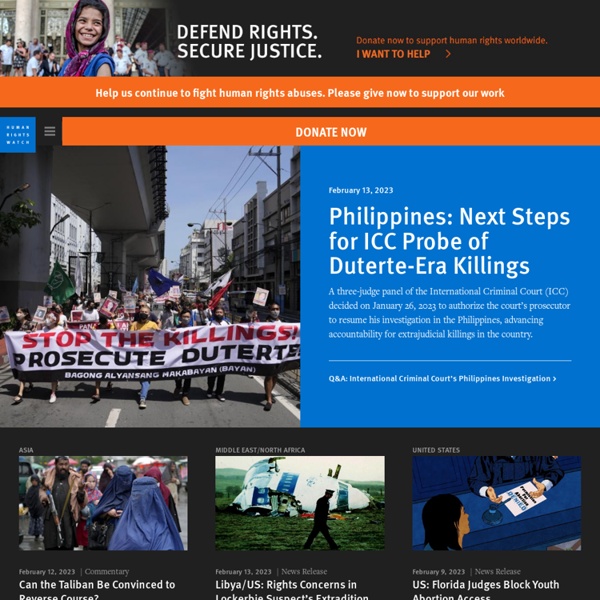 Universal Declaration of Human Rights Preamble Whereas recognition of the inherent dignity and of the equal and inalienable rights of all members of the human family is the foundation of freedom, justice and peace in the world, Whereas disregard and contempt for human rights have resulted in barbarous acts which have outraged the conscience of mankind, and the advent of a world in which human beings shall enjoy freedom of speech and belief and freedom from fear and want has been proclaimed as the highest aspiration of the common people, Whereas it is essential, if man is not to be compelled to have recourse, as a last resort, to rebellion against tyranny and oppression, that human rights should be protected by the rule of law,

Declaration on the Right and Responsibility Adopted by General Assembly resolution 53/144 of 9 December 1998 The General Assembly , Reaffirming the importance of the observance of the purposes and principles of the Charter of the United Nations for the promotion and protection of all human rights and fundamental freedoms for all persons in all countries of the world, Reaffirming also the importance of the Universal Declaration of Human Rights and the International Covenants on Human Rights as basic elements of international efforts to promote universal respect for and observance of human rights and fundamental freedoms and the importance of other human rights instruments adopted within the United Nations system, as well as those at the regional level, Recognizing the relationship between international peace and security and the enjoyment of human rights and fundamental freedoms, and mindful that the absence of international peace and security does not excuse non-compliance, Declares :

CIA prison in Poland Poland is under increasing pressure to investigate fully whether the CIA operated secret torture and detention facilities in Stare Kiejkuty. As Peter Kemp predicted, the European Parliament has now intervened. In a resolution from the eighth of June it says that it: "5. Reiterates its call to the US authorities to review the military commissions system to ensure fair trials, to close Guantánamo, to prohibit in any circumstances the use of torture, ill-treatment, incommunicado detention, indefinite detention without trial and enforced disappearances, and reminds the EU institutions and Member States of their duty not to collaborate in, or cover up, such acts prohibited by international, European and national law;" "7.

09-02 Polish CIA prison: US and Poland had been trying to "put story to rest" #wlfind A new Wikileaks release 05WARSAW4030 finally proves that the United States and Poland colluded in their efforts to silence questions about a CIA prison in Masovia. This is what the cable says: "[FM] Meller's staff expects that the renditions and "CIA prisons" issue will continue to dog the Polish government, despite our and the Poles' best efforts to put this story to rest. In response to sustained media pressure, PM Marcinkiewicz announced December 10 that his government will order an internal probe "to close the issue."

Internships/Volunteer opportunities are generally unpaid. HRW internships often offer direct exposure to the workings of an international human rights organization, close supervision by the HRW staff, interaction with other international organizations and foreign and domestic government officials, and opportunities to attend lectures, trainings, and special events relating to human rights. by adstaab Apr 30