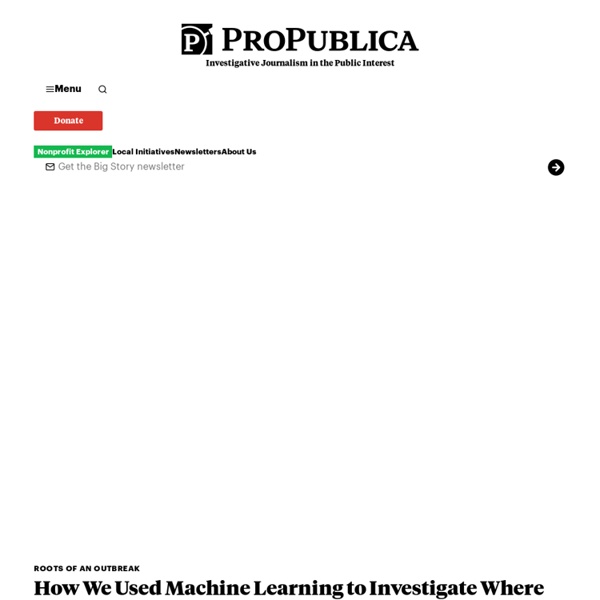 About Us About Us Ken Brown & Sons, Inc. opened in April of 1985 with the mind set of being the best plumbing supply company in the New Orleans Metro area. We've achieved our goal and are now proudly serving many of the best plumbers this city has to offer. Our customers look to us for quality products and incredible service. We feel we deliver on these expectations every time someone walks through our front door or calls us on the telephone. Fact-Checking & Verification Making Stories Ironclad & Bulletproof Line-by-Line, by Nils Hanson, Investigative Editor for Swedish Television. A presentation at the GIJN 2019 conference in Hamburg. Bellingcat’s Guide to Using Reverse Image Search for Investigations (2019). Introduction to OSINT Video A 2020 video from OSINT Curious.

I Didn't Fight For Your Freedom - First Draft Nope. No freedom being defended here. So it's Memorial Day, which means that the US is awash with mostly obligatory tributes to military personnel. Office of Digital Learning In 2012 Harvard and MIT launched edX, a not-for-profit venture to deliver high-quality online learning opportunities to anyone with an Internet connection. MIT’s goals include expanding access to quality educational opportunities worldwide, enhancing on-campus education, and advancing understanding of teaching and learning through research. MIT’s effort to achieve these goals is known as MITx. MIT’s online courses delivered globally through edX are referred to as MITx on edX.

New Internet Provider Is Offering Faster, Legal Access To Netflix US Netflix US, Hulu, Amazon Prime, HBO Now, and BBC iPlayer are about to become legally available to Aussies willing to fork out $129.95 a month. Probably legal, anyway. Signs point to "yes-ish", but Yournet is a new player in the ISP market, with the sole purpose of giving Australians an option to access international content without using a VPN or DNS workaround. They offer one service, and one service only: $129.95 per month, unlimited ADSL2+, HD streaming.

Transatlantic Trade and Investment Partnership This article is about the regulation and trade agreement. For the chemical compound abbreviated as TTIP, see Titanium isopropoxide. The Transatlantic Trade and Investment Partnership (TTIP) is a proposed free trade agreement between the European Union and the United States, with the aim of promoting multilateral economic growth.[1] The American government considers the TTIP a companion agreement to the Trans-Pacific Partnership (TPP).[2] After a proposed draft was leaked in March 2014,[3] the European Commission launched a public consultation on a limited set of clauses and in January 2015 published parts of an overview.[4] Guide To Using Reverse Image Search For Investigations Reverse image search is one of the most well-known and easiest digital investigative techniques, with two-click functionality of choosing “Search Google for image” in many web browsers. This method has also seen widespread use in popular culture, perhaps most notably in the MTV show Catfish, which exposes people in online relationships who use stolen photographs on their social media. However, if you only use Google for reverse image searching, you will be disappointed more often than not. Limiting your search process to uploading a photograph in its original form to just images.google.com may give you useful results for the most obviously stolen or popular images, but for most any sophisticated research project, you need additional sites at your disposal — along with a lot of creativity. This guide will walk through detailed strategies to use reverse image search in digital investigations, with an eye towards identifying people and locations, along with determining an image’s progeny.

Flawed Incentives and Dubious Morals: JPMorgan & CDOs That Were “Built to Fail” It’s been a busy week for JPMorgan Chase. It’s only Wednesday, and already the bank has settled one civil fraud lawsuit and been slapped with another one. Both shed light on Wall Street’s flawed system of incentives that helped bring on the financial crisis. They also raise questions as to the morals of bankers.