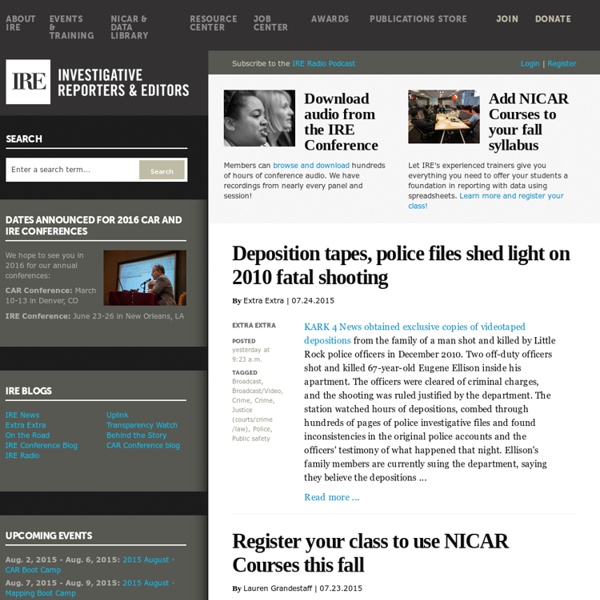 Global Investigative Journalism Network People Using Pseudonyms Leave Better Blog Comments [STUDY] People who use pseudonyms - as opposed to remaining anonymous or using their real identity - are more likely to leave high-quality comments on blogs and other Web sites, according to data released by Disqus. In addition to leaving more comments, people using pseudonyms are more likely to leave comments that get "likes" from other readers, according to Disqus, which operates blog commenting platforms for about one million Web sites, including ReadWriteWeb. Not only does the data throw the conventional web wisdom that people who use their real names leave better comment into question, it also gives Disqus and other comment platforms leverage to compete with Facebook, which has made inroads into the commenting space by allowing sites to let people leaving comments use their Facebook identities. Disqus is one of the more than 400,000 Web sites that lets people use their Facebook profiles to leave comments.

Wikileaks 2. Act normal If you are a high-risk source, avoid saying anything or doing anything after submitting which might promote suspicion. In particular, you should try to stick to your normal routine and behaviour. 3. If you are a high-risk source and the computer you prepared your submission on, or uploaded it from, could subsequently be audited in an investigation, we recommend that you format and dispose of the computer hard drive and any other storage media you used. In particular, hard drives retain data after formatting which may be visible to a digital forensics team and flash media (USB sticks, memory cards and SSD drives) retain data even after a secure erasure. If you do this and are a high-risk source you should make sure there are no traces of the clean-up, since such traces themselves may draw suspicion. 4. If a legal action is brought against you as a result of your submission, there are organisations that may help you.

Indicting the US Government for crimes against humanity – unsealing the evidence It is opportune that only a couple of weeks after three-times human rights awardee Bradley Manning presented his case against the US Government for war crimes committed in Iraq and Afghanistan, details have been released (see video trailer above) of a 15 month investigation by the Guardian and the BBC into torture centres in Iraq, coordinated by US Special Forces commander, James Steele, and former US General Petraeus. Add in evidence of system-wide torture and massacres in Iraq and Afghanistan as compiled by the Bureau of Investigative Journalism (see below) with additional evidence from a number of other sources (also below) and what we have is much more than a dossier but an indictment – unsealed and without need for a grand jury – that could form the basis of charges raised against the US Administration either in the World Court or – deliciously turning the tables – at the military tribunal of Bradley Manning. The game is afoot! Note 1. Note 2. Note 3. Note 4. Note 5. Note 6. A. B.

Marketing as a Percentage of Revenue Benchmarks - The Rogue Marketer When setting marketing as a percentage of revenue benchmarks, the firm Go-to-Market Strategies has published a study on normative levels. According to their research "30% of companies spend between 3-5% of revenue on marketing, with 45% spending over 6% (most of those between 6-10%). If you are launching a new product, or are expecting to launch into a new market or territory, expect to spend approximately 20% of revenue to fund that program." The percentage of revenue approach, 8-10% of revenue should be spent on marketing, with approximately 5% of that going to labor (either for a department, or outsourcing to a marketing firm). What percentage you use is determined by a number of factors, how mature is your market (how much education do you have to do), how well known is your company in your industry (are you a new or established business, how much brand awareness do you have to do), and how fast do you intend to grow, just to name a few. This data was published on December 19, 2007.

Consumer Reports WebWatch: The leader in investigative reporting on credibility and trust online Consumer Reports Web Watch was, until 2009, the Internet integrity division of Consumer Reports. The project was funded by grants from the Pew Charitable Trusts, the John S. and James L. Knight Foundation, and the Open Society Institute. We assisted Consumer Reports’ editorial division in evaluating the credibility of Web sites, we investigated Web sites on behalf of consumers, and we advocated for consumer-focused Internet policy and governance. While ConsumerWebWatch.org is no longer a stand alone website, the work is still being done. Consumer Reports has incorporated the webwatch research role into its regular reports published on ConsumerReports.org. HearUsNow.org handles advocacy on behalf of internet consumers, covering such issues as web tracking, data mining,and emerging issues around bundled services, “crammed” charges, data overages and much more.

Tracking James Steele, the alleged coordinator of Iraqi torture centres: US War Crimes Tribunal investigation #1 James Steele today We have tracked down the man identified by The Guardian and the BBC who they alleged supervised death squads and torture squads, first in El Salvador, then Iraq (under General Petraeus). James Steele, named in the joint Guardian/BBC investigation, lives in Texas and operates as a counter-insurgency consultant. Significantly he styles himself as ‘Counsellor to US Ambassador for Iraqi Security Forces’. In other words, though not officially employed by the US military he is acting in a private capacity, offering the same services he coordinated when on active service in Iraq. Below, are the knowns, unknowns and known unknowns of Steele. Note: Between now and June and the commencement of the Tribunal of the US Government for War Crimes (which the media is myopically reporting as the Trial of Bradley Manning, the person responsible for reporting these war crimes) we will be providing further details of these crimes and who the perpetrators are. A. B. C.

Drive-By Selling is Dead. It’s all About Scale. Remember the old days of drive-by selling? You’d roll up on a prospect, (by phone, or car, or email or direct mail piece) and hit them up with why your company, service and product was the s*** and why they needed to buy it. Drive-by selling was successful because there was nothing else. Things have changed. Selling requires content, content that educates and teaches. The drive-by sale is dead. Are you still drive-by selling? Crosscut - News of Seattle and the Pacific Northwest The Iraqi Wolf Brigade & ‘Frago 234′: US War Crimes Tribunal investigation #2 The Wolf Brigade together with order Frago 234 (see below) was first exposed over two years ago when Wikileaks began to publish material provided by whistleblower Bradley Manning. This article merely pulls together that material, given that in less than three months time a trial will commence. The Wolf Brigade – an Iraqi death squad, set up by US Special Forces coordinator James Steele – was the subject of a recent Guardian/BBC investigation: the full 50 minute video of this investigation is provided below. A Wolf Brigade raid at close quarters is shown above. Note 1. Note 2. The Wolf Brigade The US advisor to the Wolf Brigade from the time of its formation until April 2005 was James J. Recruitment to the Wolf Brigade was organised by the US-installed interim government, headed by Iyad Allawi during 2004. Needless to say, the operations of the Wolf Brigade were in contravention of the Geneva Convention. Torture and Frago 234 Torture during the Iraq War was subject to Frago 234. See also