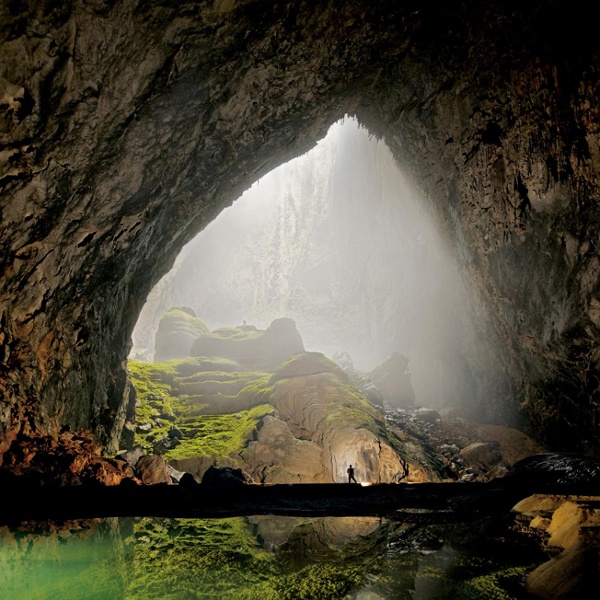 Leaf-like sea slug feeds on light - Technology & Science A green sea slug found off North America's east coast not only looks like a leaf, but can also make food out of sunlight, just like a plant. U.S. researchers have found that the sea slug Elysia chlorotica can photosynthesize, using energy from light to convert carbon dioxide into sugars. "If you shine light on these slugs, they fix carbon dioxide and make oxygen just like a plant," Sidney Pierce of the University of South Florida told CBC Radio's Quirks & Quarks. Pierce reported his findings Jan. 7 at the annual meeting of the Society for Integrative and Comparative Biology, and has submitted his research to the journal Symbiosis. The slugs look just like a leaf, green and about three centimetres long, and are found off the east coast of North America from Nova Scotia to Florida.

sidewalk chalk guy sidewalk chalk guy «« back to gprime.net all material copyrighted by its original creator | Top 20 Earth Pictures found on Stumble Upon Everybody knows that Stumbleupon is an great source for beautiful photography, nature, pets, arts and much more. They have millions of users and they are probably the most wide used source for finding quality content. Today, we collected 20 popular photographs from Stumbleupon. Most of them have been seen for more than million times each. Anamorphic Drawings: Hidden Images Revealed - StumbleUpon Fresh Visual Daily Anamorphic Drawings: Hidden Images Revealed Thursday 03.10.2011 , Posted by Paul Caridad Share: Tweet468

Amazing Places To Experience Around The Globe (Part 1) Preachers Rock, Preikestolen, Norway Blue Caves - Zakynthos Island, Greece Skaftafeli - Iceland Plitvice Lakes – Croatia Incredible Video Of Giant Sea Icicle Freezing Everything In Its Path Frozen sea brine is freezing everything in its path. The BBC filmed brinicles, solidified salt water, as they descended into Antarctic water and iced over everything sitting at the ocean bottom. Brinicles are underwater icicles that form around salt water sinking from sea ice. The film crew found a brinicle beneath the ice off the foothills of the volcano Mount Erebus. Once the phenomenon was spotted, the news organization set up time lapse cameras to capture the freezing salt overtaking starfish and sea urchins as it coated the sea floor in ice.

Book Of Art January 18th, 2011 Books of Art by Isaac Salazar, a simple idea well executed. found at ffffound A Rainbow Projected Across The World Anyone looking at the sky last week in Newtownards, Ireland would have seen a giant rainbow crossing the city horizon from Scrabo Tower. This phenomenon in the distance is the work of Yvette Mattern, a Puerto Rican-born, New-York-based artist who is taking the Global Rainbow around the world, aiming to stimulate social diversity by using it as an icon of hope. Mattern’s work consists of seven parallel laser beams representing the seven colors of the rainbow, and it was developed to be projected across large, open, densely populated areas. Mattern created the projection on January 19th, 2009 to celebrate Martin Luther King Jr.

Rune Guneriussen & Escape Into Life - StumbleUpon These dream-like installations are assembled, and then photographed by Norwegian artist Rune Guneriussen. Just imagine being out for a walk in Norway’s countryside, turning a corner and discovering a magical forest of lamps, a tangle of chairs, or a river of books. Sadly, once the photograph is taken, Rune removes the installation, the only proof of it’s existence being these images… sort of like waking up from an amazing dream that you could have sworn was real. As an artist, I believe strongly that art itself should be questioning and bewildering as opposed to patronising and restricting.

» Start Here By Leo Babauta I know a lot of people who fall into a slump, losing the habit of exercise, procrastinating with work, slipping into a bad diet, and generally not feeling motivated. It’s hard to get out of a slump like that. It’s hard to get going again, to get started when all the forces of inertia are against you. Crystal River - The most beautiful river on earth [Pics] Cano Cristales - Crystal River. River of five colors, as the locals call it, originates in the south of the mountain chain Macarena, Colombia, and flows eastward to its confluence with the Guayabero river. In the Cano Cristales found five colors: yellow, blue, green, black and red.