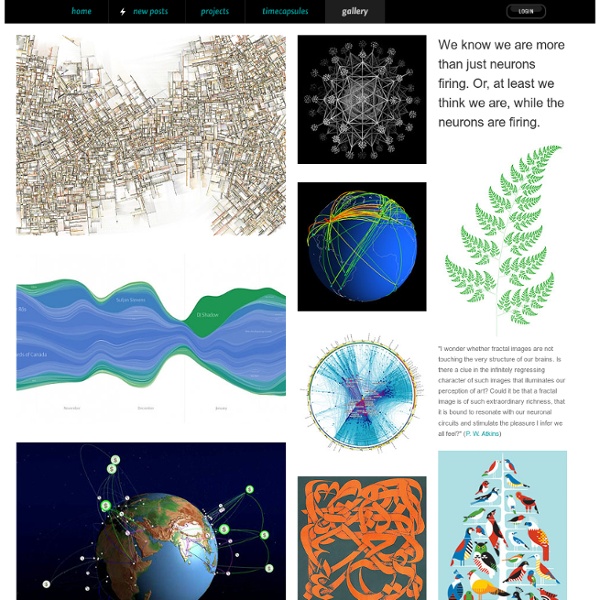 100,000 Stars Clipmark - StumbleUpon Well, At Least There Was Good Stuff to Read: The Books of the Decade Anybody remember how anxious and thrilled we were in those last months of the 20th century? When we weren't at war and we had a budget surplus and it looked like Al Gore would be president? The prospect of a 21st century filled with new technologies, new art and literature loomed large and bright. But now, as we look back at what was decidedly a shitty decade for an incredible variety of people in an equally incredible variety of ways (evictions/invasions/bombings/etc), it's surprisingly hard to be pessimistic about the books that assessed, satirized, dramatized and distracted us from the events of the past 10 years. Goethe said that the decline of a nation's literature is the precursor to that nation's fall, and with this look back at the books that defined the decade, we'd like to tell Goethe to suck it. To be clear: there were plenty of bad books over the course of the decade, as well.

es who will change your life Marcus Aurelius' Six Timeless Observations on Life Marcus Aurelius Antoninus was Roman emperor from 161 until his death in 180. A great thinker, Marcus embodied Plato’s ideal of the philosopher king to a considerable extent. He was a strong emperor, engaging in various wars in defense of the Roman empire for his entire reign, but he was also greatly concerned with social justice and welfare, even going so far as to sell his own possessions to alleviate people’s suffering from famine and plague (from which he died). Marcus left behind a corpus of writing which, despite it’s antiquity, offers us some truly timeless wisdom. Lesson #1: We Are Responsible for Our Own Experience of Life “Such as are your habitual thoughts; such also will be the character of your mind; for the soul is dyed by the color of your thoughts.” Much has been made recently of the (so called) ‘law of attraction.’ Wallace Wattles ‘Science of Getting Rich,’ all were taking about a truth which Marcus understood so may centuries ago. Lesson #3: Live a Real Life

Events What am I paying for in the price of a gallon of gasoline? | ExxonMobil's Perspectives Blog I’m asked this question a lot. And I know a lot of drivers ask themselves this question when they pull up to the pump. The answer is based on the economics of supply and demand and how products are manufactured and sold – along with what the government takes in taxes. Raw materials = $2.62 The cost of the raw materials used to make a product has a major impact on the final product price. Crude oil is by far the largest factor in the price of a gallon of gasoline – accounting for 80 percent of the $3.27 average retail price per gallon in December, according to the EIA. To put that in another way – about $2.62 of the average gallon of gas in this example is set before a refiner even touches the raw material. Where I find many people get confused is that they assume oil companies are producing all the oil that goes into their own refineries – and therefore can control gas prices by controlling the supply chain. U.S. crude oil production in 2010 was 5.5 million barrels per day. Taxes = $0.39