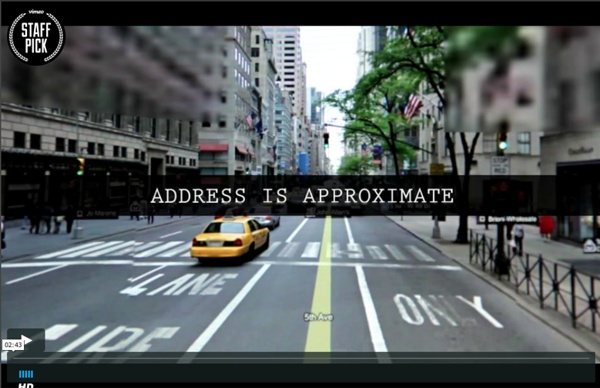 The Wonder of Ice Caves Where you have lava tubes or limestone passage ways below the ground, occasionally a rare form of cave evolves – the . Strange, mysterious and often dangerous they are often difficult to get to and so not seen by huge amounts of people. Take a short tour in to the magical world of the ice cave. Size, of course, is not everything but let’s start with the largest ice cave on the planet. Translated from the German, the name of the cave is the ‘Word of the Ice Giants’ and to be frank, it is not a piece of Germanic overstatement. Forty kilometers south of Salzburg, Austria in the Hochkogel Mountain the cave stretches for more than forty kilometers.

Rest by Cole Schreiber The zombie art-house film that will have you feeling a spot of compassion for the undead. Valentine’s Day might’ve just passed, but great love stories are always in season. And Rest, a story about a fallen WWI soldier unearths himself 90 years later and begins a long journey home that takes him across the continents, is one of the most unconventional you’ll find. Since the release of Romero’s Dawn of the Dead in 1978, zombie films have cultured a devout following.

Featured Geek Artist: Coran &Kizer& Stone - This Art is&Awesome!... - StumbleUpon There are so many artists in the world that do such great work, we want to try and give exposure to as many of them as we can so we've starting a Featured Artist column that will focus on one artist, and a collection of their work. This week we featured two pieces of Geek Art from Deviant Art user Kizer180 also known as Coran "Kizer" Stone, and . These are just a couple of pieces from the artist awesome collection of work. I love this guys stuff, and I dig his style. I'm sure you will as well. I just wanted to share some more of my favorite pieces of his work with you, and get it all out there.

Pockets by @DANIELSwastaken Pockets are pretty convenient, but can be dangerous when the wrong hands are in them. Robbing a magician is always going to be dangerous. A homeless bum, bored of eating the same food every night, promises his girlfriend a special dinner. He plans to take her out with money robbed from a passing stranger. But the bum’s in for a surprise when the man he targets for his mugging turns out to have special – and hilarious – powers. An Animated Video of The Scream - this is Truly Amazing! Wow! This is simply amazing. I can’t put into words how good this video is! It’s surreal. It’s weird. It’s fun to watch and I reckon you’ve never seen anything like it before. 30 Bizarre and Creative Packaging Design Examples - StumbleUpon Inspiration November 1, 2010 One of the things that identifies the image of a product is its packaging. Few elements like striking graphics, attractive colors, and unusual shapes are carefully thought of to come up with packaging design that catches the attention of the consumers. A packaging design is a critical component in marketing because it is the packaging that makes it stand from the rest when consumers choose a product from the shelf. We usually see the packaging first instead of an innovative product. This post presents the clever and innovative ideas of some of the company manufacturers around the world.

Man Attempts To Hug a Wild Lion. What Happens Next Stunned Me Kevin Richardson is a South African zookeeper renowned for being so intimate with lions that he has been accepted into several prides. Kevin understands these lions at a fundamental level: their behavior, instinct, emotion. Kevin has slept, fed, and lived next to lions, having worked with many of them since they were cubs. Dream Big by Peter Fecteau “Dream Big” was a year-long project in which Pete created a mosaic of Dr. Martin Luther King Jr. using 4,242 Rubik’s Cubes. > petefecteau.com