Time is Nothing // Around The World Time Lapse 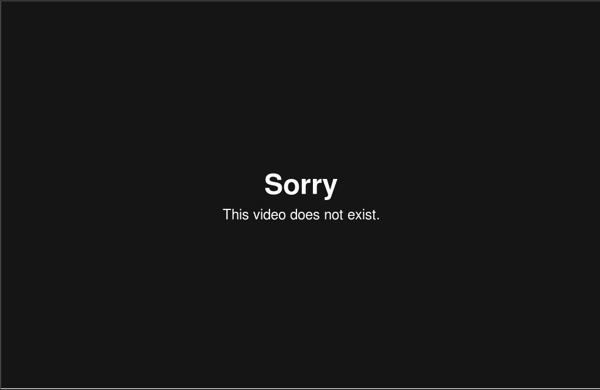 Paris & Barcelona The world's 20 oldest cities These cities, which are the 20 oldest continually-inhabited places on earth, are about as close to time travel as you can be on a city break (if you are able to go, that is). 20. Varanasi, India When did the earliest inhabitants settle? Situated on the west bank of the Ganges, Varanasi - also known as Benares - is an important holy city for both Hindus and Buddhists. Mark Twain (American author): "Benares is older than history, older than tradition, older even than legend, and looks twice as old as all of them put together." Read more on how to go: Twenty destinations for 2014: in pictures Twenty destinations for 2014: The Ganges, India Picture: AP

Beautiful Lavender Farm » World Travel Guide Check out these glorious pictures of lavender fields. You may already know this, but lavenders (Lavandula) are a genus of 39 species of flowering plants in the mint family, Lamiaceae. An Old World genus, it is distributed across Africa, the Mediterranean, South-West Asia, Arabia, Western Iran and South-East India. It is thought the genus originated in Asia but is now most diversified in its western distribution. The genus includes annuals, herbaceous plants, subshrubs, and small shrubs. Lavender is in bloom from mid-July to the end of August. You may also like:

French Moments Amazon.com: Doberman SE-0203OR Traveller Defense Alarm.: Home Improvement Crystal Clear Waters of Navagio Beach Navagio Beach, or “shipwreck” in Greece, is an isolated sandy cove on Zakynthos island which is among the southernmost of the Ionian Islands of Greece. Its name is derived from the Panagiotis, a picturesque shipwreck lying in the white sands of an exposed cove. The spot has become a valued tourist attraction on the northwestern side of the island, accommodating thousands of visitors each year, and has is one of the most famous beaches in Greece. According to Wikipedia, The most commonly accepted story regarding the wreck of the Panagiotis maintains that she spent the later part of her life as a smuggler ship. Because the Panagiotis was allegedly a smuggler’s ship, the beach is often referred to as “Smugglers Cove”. You may also like:

Charming Town of Spello Italy The small town of Spello is located in Perugia province in Umbria, a landlocked region of central Italy. According to Wikipedia: The densely-inhabited town, built of stone, is of decidedly medieval aspect, and is enclosedin a circuit of medieval walls on Roman foundations. Spello is an ancient jewel of a town that is perfect for immersing yourself into Italian life. Because Spello is not a part of the usual tourist’s trail, tourists only happen to come to town from time to time. Sights from three millennia are found in Spello. The most popular place to stay is Palazzo Bocci in Via Cavour. You may also like:

GEORGIA | hyper-travel The Nuts and Bolts of Living in Bali for a Month by Jenny · January 23, 2015 When I first set foot in Ubud, Bali in 2012 I felt a surge of comfort—the sensation of coming home, even though I had never been here before. I get the same feeling with New York City—I call these my two “soul cities,” with Amsterdam a close third. These are places that feel like more of a homecoming than an adventure quest; the other people passing through feel like “my people” and the values and ethos at every level of the culture resonate deeply. After my first two-day trip to Ubud, I knew I had to return even though it was halfway across the planet. On a bigger leap of faith, I spent a month living here in January 2013, and now I am here for a month’s stay again. Many times when I tell people I will be living in Bali for the month of January they will say something like, “You’re so lucky! You know how I love making a good template and demystifying complexity— that’s what today’s post is about. Number Crunching Conversion Rate: Basic Travel Costs—Flight:

25 Secret Small Towns in Europe you MUST Visit 1. Cesky Krumlov, Czech Republic There’s no other town in the world that I am more fond of than the quaint, charming, fairytale-like town of Cesky Krumlov in southern Bohemia. It’s as if you have stepped into a time warp – small cobblestone roads, bridges every which way you look, and no, there’s no McDonalds! It’s a great short day trip from Prague if you find yourself there but for the best experience, visit Krumlov in the summer season and raft down the Vltavy River. 2. Situated in Alsace, Colmar is a unique blend of French and Germany architecture, culture and spirit. 3. This town in Malta is the main fishing village for the entire country. 4. The lakeside town of Hallstatt is a UNESCO World Heritage Site and has even been dubbed the prettiest lakeside village in the entire world. 5. Bruges has become incredibly popular for travellers looking to photograph the lego-like houses in the city centre (pictured above). 6. Image: handmade-saratov.ru 7. Image: Wikicommons 8. 9. 10. 11. 12.

'How I visited every country in the world - without a single flight' Fast-forward 19 years and here I was charging through South America attempting to be the first person to visit every country without flying. I got to all 12 countries in just two weeks. As I returned across Molston Creek from Surinam into Guyana, I remember thinking “This will be easy!” How wrong I was. The idea of doing the trip without using aeroplanes came about chiefly because people had already been to every country in the world, but nobody had yet done it without flying. Crossing into Chad The Caribbean was my first stumbling block. Using a combination of sailing boats, banana boats, container ships and cruise liners, I eventually managed to hitchhike my way around the West Indies. I took a container ship across the Atlantic to Iceland and then headed down to Europe. Then I hit Africa. After being told there were no other options, I paid some Senegalese fishermen to take me in a pirogue (a little wooden canoe) to Cape Verde off the west coast of Africa.