China's 'nail houses': The homeowners who refused to budge. The Home of Charles Pachter. For some people, Charles Pachter is as notable a real estate speculator as he is an artist. 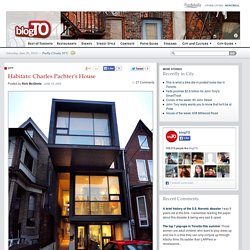 The 68-year-old painter and sculptor has owned a series of downtown buildings, with an eye for location that's inevitably been one step ahead of real estate trends. Clock Tower converted to loft. The Hearst Castle. The Hearst Castle is Californian Historical Sight mansion on Central Coast in California. 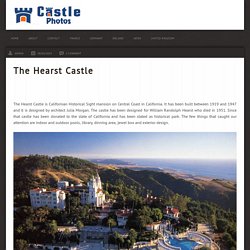 It has been built between 1919 and 1947 and it is designed by architect Julia Morgan. The castle has been designed for William Randolph Hearst who died in 1951. Since that castle has been donated to the state of California and has been stated as historical park. The few things that caught our attention are indoor and outdoor pools, library, dinning area, jewel box and exterior design. New York penthouse, only $26 million. An exclusive five bedroom duplex penthouse, that’s what you get when you hand over 450m²/5000ft² to the architects Beyer Blinder Belle and Costas Kondylis. 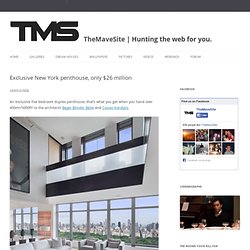 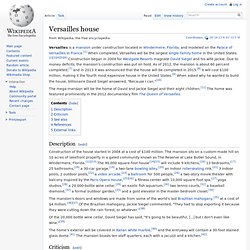 Due to money deficits, the mansion's construction was put on hold. As of 2012, the mansion is about 60 percent completed,[7] and in 2013 it was announced that the house will be completed in 2015.[8] It will cost $100 million, making it the fourth most expensive house in the United States.[9] When asked why he wanted to build the house, billionaire David Siegel answered, "Because I can. A Rich Guy Buys A Water Tower. Top 10 Overwater Bungalows in the South Pacific. If you want to spend your vacation in peace and enjoy the beauty of exotic places in South Pacific, the raised huts over the water are the right choice for you. 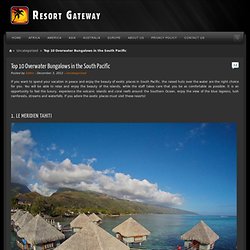 You will be able to relax and enjoy the beauty of the islands, while the staff takes care that you be as comfortable as possible. It is an opportunity to feel the luxury, experience the volcanic islands and coral reefs around the Southern Ocean, enjoy the view of the blue lagoons, lush rainforests, streams and waterfalls. Tiny victorian cottage. Tiny Victorian Cottage [via The New York Times "Home&Garden"] The most adorable little victorian cottage ever. 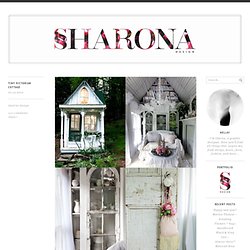 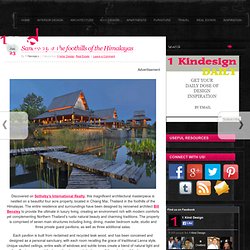 The entire residence and surroundings have been designed by renowned architect Bill Bensley to provide the ultimate in luxury living, creating an environment rich with modern comforts yet complementing Northern Thailand’s rustic natural beauty and charming traditions. The property is comprised of seven main structures ­including living, dining, master bedroom suite, studio and three private guest pavilions,­ as well as three additional salas. Each pavilion is built from reclaimed and recycled teak wood, and has been conceived and designed as a personal sanctuary, with each room recalling the grace of traditional Lanna style. Treehouses for All Occasions. There's something about a treehouse that appeals to all of us.

Maybe it's the view, or getting close to nature, or reliving childhood memories. There are many ways to enjoy treehouses, no matter what age you are. Frank Lloyd Wright Waterfall House. Pretty Beach House. Walstrom House by John Lautner. October 13th, 2011 John Lautner was a California based architect that built very inspiring public buildings and private residences. 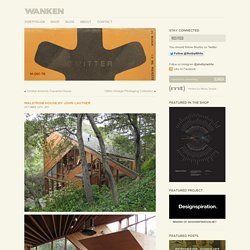 The Walstrom house was constructed in 1969 into the side of a hill in the Santa Monica mountains just outside of Los Angeles. My main interest in this home is of course the use of wood, but also the asymmetrical structure. Incredible Home. URGENT: Computer Backup Required Matt Folson - Microsoft Specialist Your computer has become slow, unresponsive, displaying errors, or has started experiencing other issues.

These issues are often caused by Viruses, Malware, or improper maintenance of your system. Malware and Viruses can cause program lock-ups and crashes, unwanted pop-ups and ads, slow PC performance, system freezes, start-up and shutdown problems, error messages, and total system failure. To ensure your personal and financial information is not destroyed by Malware, Viruses, or other issues, it is highly recommended that you run a free PC backup program to save and protect your system.

If you need support I can help you! Matt is now offline. Click and create a free account with MyPCBackup.com Receive a FREE computer backup Automatically protect your personal and financial information Trademarks: Microsoft and Windows are registered trademarks of Microsoft Corporation.