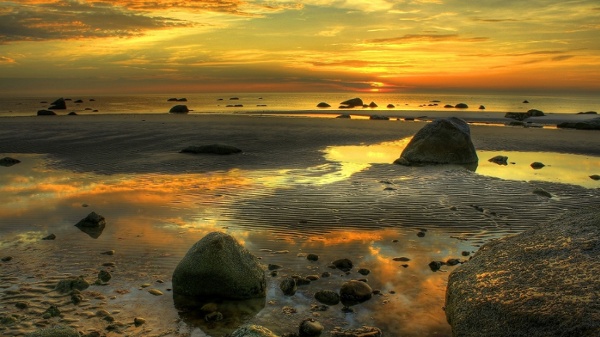 The Winding Path, a photo from Zuid Holland, South Critiques | Translate v_vicky Hello Pepijn, it seems like a path from a fairytale!! I like the colours and the atmosphere. Bravo! My regards Vicky foibles3 This is a classic shot. divail Bonsoir Pepijn, C'est un sentier qui dégage une atmosphère de mystère. tendzin (0) 2009-09-01 13:29 Well, yes, nice image but... has nobody noticed how all the leaves have *exactly* the same shade of green? These clues all point to this being a hand-tinted black-and-white photo. Excellent tinting on the trees, though. ambivalens lovely photo:) TFS fatma Pilote26 (154) 2012-01-31 11:25 Bonsoir Pepijn, Agréable photo, le chemin beau et le cadrage sympathique. chintudutta (32) 2012-02-28 1:29 Hello Agnostic wonderful composition specially the contrast between shrub and the path.lovely texture and curve.good work. blueaquan I wouldn't be surprised if a shining Knight on a steed would suddenly appear there! The Trees on the right doesn't seem to be in focus and is straining my eyes. Cheers, Blue drt100 David ManishaJain

Watkins Glen State Park Watkins Glen State Park is the most famous of the Finger Lakes State Parks located on the edge of the village of Watkins Glen, New York, south of Seneca Lake in Schuyler County. The main feature of the park is the hiking trail that climbs up through the gorge, passing over and under waterfalls. The park has a lower part that is next to the village and an upper part that is open woodland. Watkins Glen State Park is in a 400-foot-deep narrow gorge cut through rock by a stream that was left hanging when glaciers of the Ice age deepened the Seneca valley, increasing the tributary stream gradient to create rapids and waterfalls wherever there were layers of hard rock. The rocks of the area are sedimentary of Devonian age that are part of a dissected plateau that was uplifted with little faulting or distortion. They consist mostly of soft shales, with some layers of harder sandstone and limestone The gorge path winds over and under waterfalls and through the spray of Cavern Cascade.

Isle Royale National Park - Large format photography [CLICK on any picture to see a larger image and details, to add to selection, to order, and to download wallpaper.] Nature photography by Patrick Zephyr Posted on March 17, 2011 in Photography If you’re new here, you may want to subscribe to our RSS feed or follow us on Facebook or Twitter . Thanks for visiting! Rate this Post (1 votes, average: 5.00 out of 5) Loading ... So... Check this out on our Partner Network

Most popular photography on StumbleUpon! 2011 is over, In this article, I am showcasing the most beautiful photographs that were stumbled on StumbleUpon. Let us take a look at this truly jaw-dropping collection and enjoy! Source: StumbleUpon *None of the images on this page are mine,they were found on StumbleUpon, meant to inspire.Any problems, just email. Awe-inspiring scenes from Mother Nature Summer is the perfect time to get out and see how much nature has to offer. Photo from EarthAirFire You Might Also Like: Comments: Leave a reply: