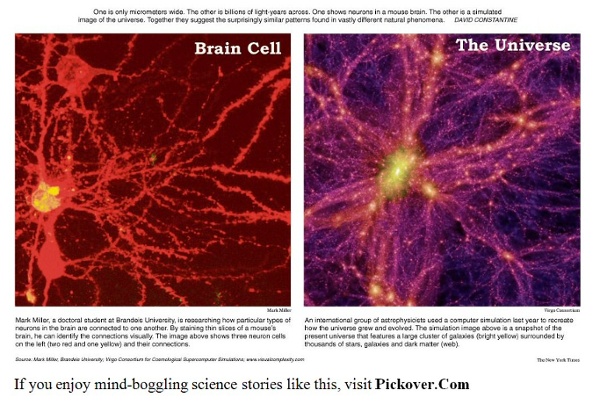 Tesla - Master of Lightning: A Weapon to End War Tesla inherited from his father a deep hatred of war. Throughout his life, he sought a technological way to end warfare. He thought that war could be converted into, "a mere spectacle of machines." In 1931 Tesla announced to reporters at a press conference that he was on the verge of discovering an entirely new source of energy. Asked to explain the nature of the power, he replied, "The idea first came upon me as a tremendous shock... I can only say at this time that it will come from an entirely new and unsuspected source." Antarctica Scientists Discover Space Mineral Never Before Observed in Nature A research team that included experts from the US, Japan and South Korea, have discovered a new mineral, called "Wassonite", buried in a meteorite discovered in Antarctica in 1969. The meteorite, which may have broken off an asteroid orbiting between Mars and Jupiter, is 4.5 billion years old. The new mineral was discovered within the meteorite officially designated Yamato 691 enstatite chondrite.

Cities, Scaling and Sustainability Organizers: Luis Bettencourt, Geoffrey West Cities, Scaling, and Sustainability SFI's Cities, Scaling, and Sustainability research effort is creating an interdisciplinary approach and quantitative synthesis of organizational and dynamical aspects of human social organizations, with an emphasis on cities. Different disciplinary perspectives are being integrated in terms of the search for similar dependences of urban indicators on population size - scaling analysis - and other variables that characterize the system as a whole. A particularly important focus of this research area is to develop theoretical insights about cities that can inform quantitative analyses of their long-term sustainability in terms of the interplay between innovation, resource appropriation, and consumption and the make up of their social and economic activity.

Scientist creates lifelike cells out of metal Scientists trying to create artificial life generally work under the assumption that life must be carbon-based, but what if a living thing could be made from another element? One British researcher may have proven that theory, potentially rewriting the book of life. Lee Cronin of the University of Glasgow has created lifelike cells from metal — a feat few believed feasible. The discovery opens the door to the possibility that there may be life forms in the universe not based on carbon, reports New Scientist. Even more remarkable, Cronin has hinted that the metal-based cells may be replicating themselves and evolving.

Have we found the universe that existed before the Big Bang? First of all, let me say that this is not a comment on the overall article, but a small portion of it included below. I stopped reading at the line "it's not clear whether one can even use the term "before" in reference to a pre-Big-Bang cosmos, as time itself may not have existed yet" There is no such thing as "time" as we see it. Time is not something that exists because time is an entirely human created notion. Events simply exist in the current moment, and we have memories of that moment in which they existed. Grants and Cooperative Agreements Jump to main content or area navigation. Contact Us International Programs You are here: EPA Home International Programs Grants and Cooperative Agreements

Future Computer by Jakub Záhoř & Yanko Design - StumbleUpon Future Touch Tech This concept computer-of-the-future by designer Jakub Záhoř allows the user to operate the device anywhere they can find a glass surface. The user simply attaches the central unit to any glass surface like a window or coffee table, switches on the power, and watches their system light up before their eyes. The display appears as an interactive hologram on the glass that the user merely has to touch to operate. It also makes for an easy, take-anywhere way to project photos and presentations or stream movies. Windex not included. How to Build a Universe That Doesnt Fall Apart Two Days Later First, before I begin to bore you with the usual sort of things science fiction writers say in speeches, let me bring you official greetings from Disneyland. I consider myself a spokesperson for Disneyland because I live just a few miles from it — and, as if that were not enough, I once had the honour of being interviewed there by Paris TV. For several weeks after the interview, I was really ill and confined to bed. I think it was the whirling teacups that did it.

Is Jupiter Undergoing Massive Climate Change? A Weekend Feature The Hubble Space Telescope and Keck Observatory images may support the idea that Jupiter is in the midst of violent global climate change. This theory was first proposed in 2004 by Phil Marcus, a professor of mechanical engineering at the University of California, Berkeley. The planet's temperatures may be changing by 15 to 20 degrees Fahrenheit, with the giant planet getting warmer near the equator and cooler near the South Pole. Marcus predicted that large changes would start in the southern hemisphere around 2006, causing the jet streams to become unstable and spawn new vortices as has been proven out by the emergence of new swirling red storms. Jupiter's atmosphere has a zig-zag pattern of twelve jet streams which make up its signature pastel-toned bands. Earth, by comparison, has only two jet streams.

Clean Energy Solutions Clean energy is already powering our homes and our economy, and investment in solar and wind is driving a new era of true American prosperity. Iowa now gets 25% of it's energy from wind. California will get at least a third of its electricity from renewables by the end of the decade. And nationwide, solar and wind now generate enough energy to power nearly 20 million American homes. The price of clean energy has dropped so much that in many places it's already cheaper than coal. 5 Ways To Hack Your Brain Into Awesomeness Much of the brain is still mysterious to modern science, possibly because modern science itself is using brains to analyze it. There are probably secrets the brain simply doesn't want us to know. But by no means should that stop us from tinkering around in there, using somewhat questionable and possibly dangerous techniques to make our brains do what we want. We can't vouch for any of these, either their effectiveness or safety. All we can say is that they sound awesome, since apparently you can make your brain... #5.

AN EVOLUTIONARY REASON TO GIVE UP Evolutionary predisposition is the analysis du jour when describing all of human behaviour. These days everything we do--from appreciate music to donate to charity--evidently boils down to our desire to lure a mate and make many babies. Now it seems a scientific study has proven an evolutionary reason for depression: Dr [Randolph] Nesse’s hypothesis is that, as pain stops you doing damaging physical things, so low mood stops you doing damaging mental ones—in particular, pursuing unreachable goals. Pursuing such goals is a waste of energy and resources.