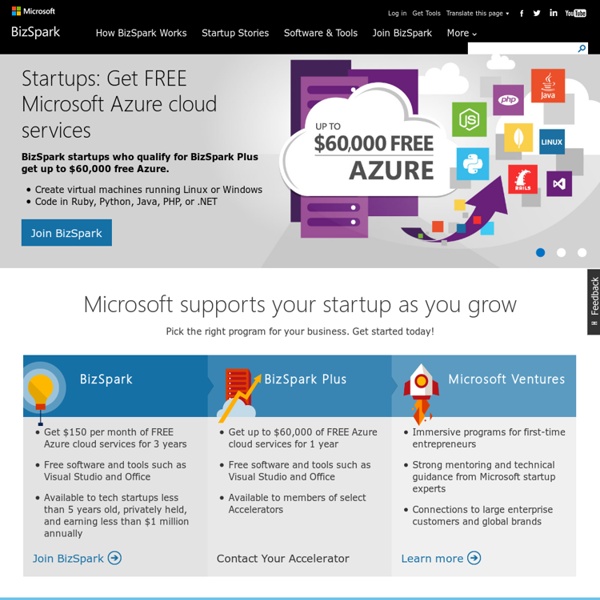 The Art of Raising Seed: You’re Either Hot, Or You Make Your Own Heat Editor’s note: This post is written by guest author Darius “Bubs” Monsef, who is founder & CEO of the new design marketplace CreativeMarket. He is also the founder of the popular creative community COLOURlovers and is a mentor with 500Startups & PIEPDX. Bubs blogs at HelloBubs. I’d started raising 3 rounds. One fell apart and the others raised $1M & $1.3M in a few weeks each. What Startups Should Do Before They Get Into The VC’s Office This is a guest post by Eze Vidra, Head of Campus London, Google’s dedicated startup space in East London housing accelerators and co-working spaces. He tweets at @ediggs and blogs at VCCafe.com. An experienced VC would have heard thousands of pitches in his day. The good ones would tell you that they have developed a “pattern recognition”. After a while, they are able to determine (at least in their own minds) what startups would succeed or fail in a matter of minutes. There’s obviously lots going on in a pitch – verbal and non-verbal communication, chemistry etc.

How to raise seed funding on Angel List [BY RODOLFO ROSINI] This post was originally meant to be called “How to raise seed funding on AngelList when you are the underdog” but then I figured out that I was starting to sound like Henry Blodget. I’m sure someone can write a nicer blog post about this. I just want to focus on the basics. First-Time Startup Entrepreneurs: Stop Fucking Around Editor’s note: Paul Stamatiou is Co-founder of Picplum, a Y Combinator-backed photo printing service, where he obsesses over both design and development. He also co-founded Notifo (YC W10) and Skribit. Follow him on his blog, PaulStamatiou.com, and on Twitter: @Stammy. Reminisce with me for a bit.

Fact and figures about the EU´s Small and Medium Enterprise (SME) - Small and medium sized enterprises (SME) - Enterprise and Industry Small and medium-sized enterprises (SMEs) Following the daily news, it is easy to get the impression that the European economy is dominated by large, multinational enterprises. Their multi-billion Euro takeovers, global expansion plans or -more recently- risks of mega bankruptcies dominate the headlines. How To Create An Early-Stage Pitch Deck For Investors This is a guest post by Ryan Spoon (@ryanspoon), a principal at Polaris Ventures. Read more about Ryan on his blog at ryanspoon.com. When raising capital, a combination of your company’s product, vision, team and execution are what ultimately attract investment.

The Coolest Thing on Earth: Looking Around Mars on Your Phone - Robinson Meyer Take out your phone and click on the link below. Just do it. Updated, 12:10pm. This is one of the coolest things I've ever seen. Not the photo above, but what lies through that link. Pause: As per the instructions of Joel Housman who first recommended this, you need to be on an iPhone or iPad, or maybe a tablet browser, for it to have its full effect. (Founder Stories) SoftTech VC’s Clavier: How To Avoid The Series A Crunch At the top of this Founder Stories episode featuring SoftTech VC’s Jeff Clavier, Chris Dixon mentions much has been written about the “Series A Crunch.” It’s the occurrence of seed stage companies hitting the end of their initial funding cycle at roughly the same time and having to compete for big checks from a limited supply of VC. There’s just not enough money or VC interest to keep all entrepreneurs afloat for another round.

OPINION – A guide to Irish innovators on raising money - Start Ups - Start-Ups In the second part of a series of guest posts Silicon Valley venture capitalist Richard Moran reveals the secrets to a perfect pitch for Irish innovators hoping to secure investment for their business ideas. Richard Moran is a Partner in Irish Technology Capital, a member of the Irish Technology Leadership Group (ITLG) and the CEO of Accretive Solutions. He is a former Partner at venture capital firm Venrock. 15 Free Charlie Chaplin Films Online A few things to know about Charlie Chaplin. He starred in over 80 films, reeling off most during the silent film era. In 1914 alone, he acted in 40 films, then another 15 in 1915. By the 1920s, Chaplin had emerged as the first larger-than-life movie star and director, if not the most recognizable person in the world. The film icon died on Christmas Day in 1977, and we're commemorating this just-passed anniversary by highlighting 65 Chaplin films available on the web. Above, you will find a Chaplin mini-film festival that brings together four movies shot in 1917: The Adventurer, The Cure, Easy Street and The Immigrant.