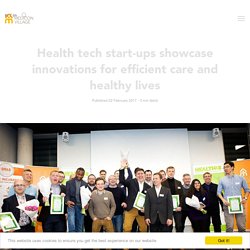 Home. TechnoPolis. Blackbox's Startup Genome Compass Uses Science To Crack The "Innovation Code" Decentralized Autonomous Organizations: Ethereum Sparks Up Googles of Tomorrow. The recent rise of Ethereum has brought a wave of new users and enthusiasm into its possible applications. 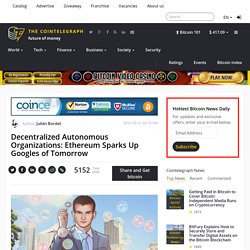 While smart contracts and their benefits are nothing new to the community one of the more disruptive use cases, DAOs have not been explored to the extent they deserve. Zero corruption, transparent government For those who never heard of DAOs before “A DAO, or Decentralized Autonomous Organization, is a digital company with its by-laws set immutably within the Blockchain: its governance is transparent, its finances can be audited by anyone, it suffers zero downtime and corruption is impossible,” according to Slock.it, a company which is planning to launch their own DAO in the near future. Distill Ventures. Funding the future: Can alcoholic drinks makers copy the tech industry? WIRED's 100 Hottest European Startups 2015: We round up the rising stars in Europe's tech scene. Uk.businessinsider. Getty Images Roughly three European tech companies a year have been sold or floated on the stock exchange, or otherwise valued by investors, at $1 billion or more since 2000, according to data from British investment bank GP Bullhound. 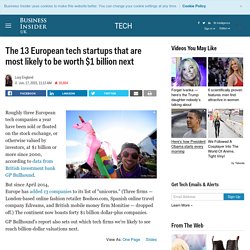 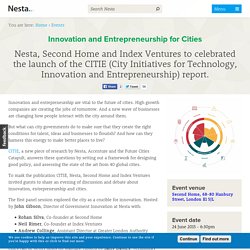 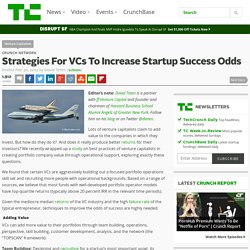 Follow him on his blog or on Twitter @dteten. Lots of venture capitalists claim to add value to the companies in which they invest. But how do they do it? The Valuable Startup Equity That's Not Captured in Your Cap Table. I met a founder a few days ago who captured the idea of building brand equity really well. 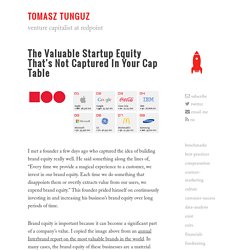 He said something along the lines of, “Every time we provide a magical experience to a customer, we invest in our brand equity. What are some of the patterns of success VCs look at when funding startups (please see details)? - Quora. The Rise and Future of the New York Startup Ecosystem. Like many who have been active in the New York startup ecosystem over the past decade, I am optimistic about its future. 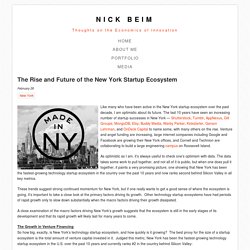 The last 10 years have seen an increasing number of startup successes in New York — Shutterstock, Tumblr, AppNexus, Gilt Groupe, MongoDB, Etsy, Buddy Media, Warby Parker, Kickstarter, Gerson Lehrman, and OnDeck Capital to name some, with many others on the rise. How Chinaccelerator wants to turbocharge Chinese startups. A lot of people around the world are now taking notice of Chinese web giants like Alibaba and Tencent. 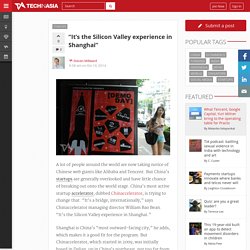 Startup Valuation: How Much Is Your Company Worth? Part of my job description involves prepping startups to raise capital. 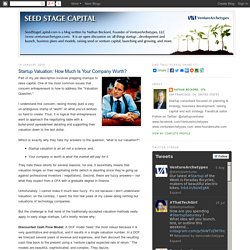 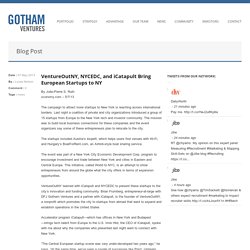 Ruth xconomy.com – 5/7/13 The campaign to attract more startups to New York is reaching across international borders. Last night a coalition of private and city organizations introduced a group of 15 startups from Europe to the New York tech and investor community. The mission was to build local business connections for these companies and the event organizers say some of these entrepreneurs plan to relocate to the city. The startups included Austria’s 4sqwifi, which helps users find venues with Wi-Fi, and Hungary’s BoatForRent.com, an Airbnb-style boat sharing service. The event was part of a New York City Economic Development Corp. program to encourage investment and trade between New York and cities in Eastern and Central Europe.

VentureOutNY teamed with iCatapult and NYCEDC to present these startups to the city’s innovation and funding community. In VC deals, Price Doesn't Matter - But The "Promote" Does. VCs have an unfair advantage when it comes to financings. They simply have more experience doing deals. 9 Quick Tips Learned While Raising $33 Million In Venture Capital. FinTech_Sponsor_2014.pdf. How to nurture tech startups. California may be the world’s largest and best-known technology hub, but it is not alone in fostering innovative startups. In fact, such firms are emerging – almost unnoticed – everywhere, from Asian megalopolises like Singapore and Shanghai to small European cities like Espoo in Finland and Dwingeloo in the Netherlands. Many international startups – including Sweden’s Spotify, Estonia’s Skype, Israel’s Waze – and, most recently, China’s Alibaba – have gained billion-dollar valuations. Clearly, the key features of Silicon Valley that foster innovation and entrepreneurship – a dense concentration of human talent, a competitive spirit, easy access to capital, and a supportive regulatory environment – can be replicated in and adapted to a wide variety of contexts.