Entrepreneurship and Education at the Kauffman Foundation 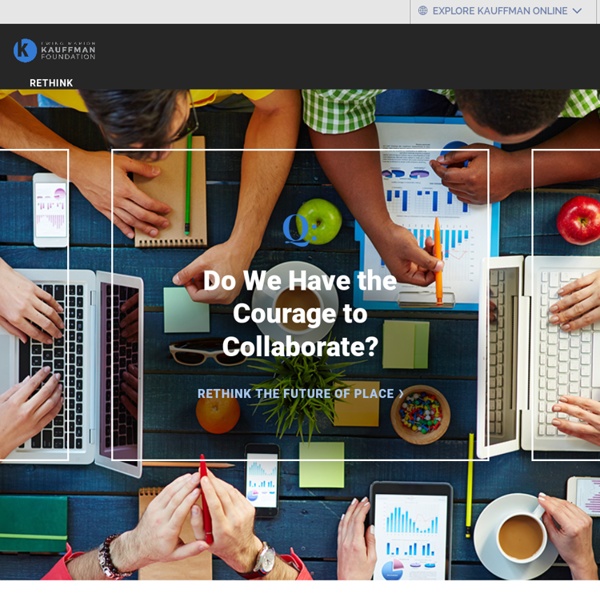 City of Cleveland :: Sustainable Cleveland 2019 In August 2009, Mayor Frank G. Jackson convened the first Sustainable Cleveland 2019 Summit to bring together hundreds of people interested in applying the principles of sustainability to the design of the local economy. The goal: envision a 10-year campaign for “building an economic engine to empower a green city on a blue lake” by the 50th anniversary of the infamous Cuyahoga River fire. Mission: Sustainable Cleveland 2019 is a 10-year initiative that engages people from all walks of life, working together to design and develop a thriving and resilient Cleveland region that leverages its wealth of assets to build economic, social and environmental well-being for all. Since 2009, working groups comprised of community volunteers have been engaged in a variety of sustainable economic initiatives. Every year leading up to 2019, Cleveland will focus on one of the key areas fundamental to a sustainable economy.

ebiodesign Home India Curriculum - a set of slides to be used over a 13-week course that teaches the Biodesign process in an Indian context. The content is available through our Instructor Resources.Global Sourcebook Chapters - We're now offering free chapters of our new Global Sourcebook - first up Singapore. The four chapters discuss healthcare systems, regulation, reimbursement and IP in Singapore.Regulatory Video Briefs that cover regulatory basics, fundamental strategies, and short case studies on medtech companies and their interactions with the FDA. The biodesign innovation process has been developed to help medical technology innovators increase their likelihood of success in identifying important clinical needs, inventing new medical devices and instruments, and implementing these advances in patient care. ShareThis

Sparked (Sparked) Aerobic Bioreactor Technology Introduced to Georgia GEORGIA, US - A new development in aerobic bioreactor technology is set to to power Georgia's poultry farms. A newly patented bioreactor technology developed by American Technologies Inc. Petroleum will be used on poultry farms in Georgia to decompose waste, with the resulting methane being used to produce electricity for use on the farms. Biomass Magazine reports that ATI, which expanded from Viet Nam to locations in Tennessee, Nevada and California, conducted trials at five locations – one in Bakersfield, Georgia, and four in Viet Nam – and discovered all five pilot plants were capable of generating clean energy and reducing greenhouse gases and leakage from landfills to nearly zero, the company said. The aerobic bioreactor technology uses less odorous components than anaerobic digestion and decreases sludge, according to Alicia McDonald, director of research for ATI's Clean Energy Division. "We are working for commercialisation," she said. TheBioenergySite News Desk

By Social Entrepreneurs, For Social Entrepreneurs® Welcome to SkollWorldForum.org former Social Edge users! Social Edge was an online community created by the Skoll Foundation from 2003 - 2013. The site has since closed as we have focused efforts on the new Skoll World Forum platform. However, if you were a Social Edge user, you will be pleased to know that all of your articles and comments have been saved and can be browsed below. In addition, if there is a specific piece of content or a particular author you are looking for, please use the search bar at the top of the screen. We have moved over 2000 posts from SocialEdge.org to SkollWorldForum.org, and are constantly adding new, relevant content. Feel free to browse through our contributors and original content, or visit our homepage and customize your experience by filtering our content for exactly what you're looking for. We hope you enjoy your time on the site! Sincerely, The Skoll World Forum Online Team

Pharmaceutical Portfolio Management & Biopharmaceutical Portfolio by Portfolio Management Solutions How youth hostels have been given a new lifeline by social entrepreneurs The Youth Hostel Association (YHA) has been providing budget accommodation in England and Wales since before the second world war. It was set up to offer "young people of limited means better access to the countryside". But keeping up with modern expectations has proved challenging for the association, one of Britain's best known social enterprises. A series of programmes to invest strategically in its hostel network has forced it to close those that it deemed unsustainable. In February it was announced that eight hostels, including Derwentwater, Salisbury and Newcastle, would be sold at the end of the 2011 season. Wooler YHA in Northumberland was one of those sacrificed by the organisation that year. The new owner ois one of the many independent organisations that take part in the association's Enterprise scheme, which allows hostels to be owned independently while benefiting from the YHA's booking system and marketing. This content is brought to you by Guardian Professional.

Consumer culture keeps carbon emissions high - Environmental Sci When governments want to curb greenhouse gas emissions, they focus on the pollution created within their own borders. But that is just part of the story if the goods consumed in one nation are produced in another country. As a step toward a more complete reckoning, a new study published in ES&T [DOI 10.1021/es803496a] calculates the carbon footprints of 73 nations by using a trade-linked model of the global economy. The result is that a country such as Switzerland has a carbon footprint nearly twice the size of its domestic greenhouse gas emissions. Previous research has shown that rich countries can, in essence, outsource their carbon emissions by shifting production to developing countries, says Edgar Hertwich, who is the lead author of the research and an industrial ecologist at the Norwegian University of Science and Technology. Perversely, Bosmans says, improving technology and boosting the efficiency of production has not reduced carbon emissions.