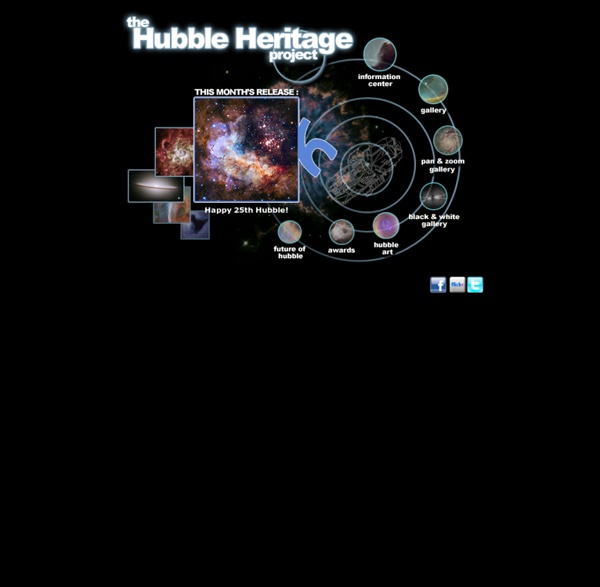 Kepler Mission To Find Earth-like Planets By Studying Planetary Transits Earlier this week we spoke about finding Earth-like planets, and how hard it is to find them. We would like to see other planets similar to Earth, and we have a few absolutely necessary conditions: the planet must be rocky, solid, dense like Earth, a source of power like a Sun, chemicals resulted from volcanic activity, and liquid water. The most important thing however, is that the planet must be located in the Goldilocks zone, the area where the planet is not too far and not too close from a star. In order to find such planets NASA has begun the Kepler Mission which will last four year. [Text] Vonnegut's Letter to Students: 'Practice Any Art...Make Your Soul Grow' “You will find that you have already been gloriously rewarded for your poem. You have experienced becoming, learned a lot more about what’s inside you, and you have made your soul grow…” When English teacher Ms. Lockwood assigned her students at Xavier High School to correspond with a well-known author on their work and request advice, Kurt Vonnegut was the only writer to respond.

The Post-Industrial Civilization « The Urgeist Movement A recent study by the German Wuppertal Insittut for Climate, Environment and Energy estimates that for every 100% of primary energy (oil, coal, gas) utilized in the production of goods, only about one third comes out as a usable product. The rest is expelled as pollution. Transitioning to sustainability requires a radical decoupling of economic activity from the environment. The environmental problems we face are essentially economic problems. Products will have to be treated from cradle to cradle, instead of cradle to grave; and each phase of this cycle will need scrutiny and improvement in efficiency until we run a zero emissions economy. The German Government, for instance, initiated Gebaudersanierungsprogramm (building-renewal program) that has managed to draw 15% of its home heating energy from renewable sources.

An Object to Represent The Art of Eating Prize February 24, 2015 Kimberly Behr After we announced the existence of The Art of Eating Prize, we realized there should some physical object to accompany it — but what? Maybe not a medal on a ribbon or an Oscar-like statuette. Because the prize is for writing, a product of craft (like the best food), we thought we should give an individually crafted object. NASAs 'Curiosity' Search for Life Targets Water-Altered Rock This rock's composition is unlike any other Opportunity has investigated during nine years on Mars -- higher in aluminum and silica, lower in calcium and iron. "Based on our current solar-array dust models, we intend to reach an area of 15 degrees northerly tilt before Opportunity's sixth Martian winter," said JPL's Scott Lever, mission manager. "Solander Point gives us that tilt and may allow us to move around quite a bit for winter science observations." Northerly tilt increases output from the rover's solar panels during southern-hemisphere winter.

Summary of the American Academy of Arts and Letters records, 1864-1942 American Academy of Arts and Letters, est. 1904 Society New York, N.Y. Collection size: 800 items (on 5 microfilm reels). Collection Summary: A collection of artists' papers containing correspondence, notes, biographical material, exhibition catalogs, and other published material. Includes: volume of notes, drawings, and calculations made by George Bellows for a study of Jay Hambidge's theory of Dynamic Symmetry; correspondence and published and unpublished biographical and critical material on George de Forest Brush, Childe Hassam, Francis D. Millet, Joseph Pennell, Elihu Vedder, and J. Patterns In The Void › Anarchism, Particle Physics, Occultism, & Hacking So, while I’m busy researching away, hard at work reverse engineering proprietary network monitoring software , and trying to devise methodologies for detecting all the various and newly-emerging means for technological censorship that the world’s government seem to be oh - so - peachy - keen on developing (the State Department recently mentioned our research in their daily briefing), my friend Nadim gets to sit around, playing with crypto, doing things like implementing the Anubis cipher for Javascript and inventing secure music sharing services with 80s-retro aethetics . And then, he invents Cryptocat . Some of you might have heard of it. It’s OTR , in your browser, as client-side Javascript, and we’re hoping to build it into the Tor Browser Bundle someday. But…that OTR business…I don’t know. It’s so .

Cover Stories: Seeing Waste in a New Light For this week’s special issue “Working with Waste,” our cover features a photograph of bales of compressed aluminum cans destined for recycling—aptly titled “Blocks to Go.” It is the work of Washington, DC–based photographer Huguette Roe, who is quick to suggest another creative use for these blocks. “I have a small one I want to keep to make a table," she says.