Is the Universe Infinite? 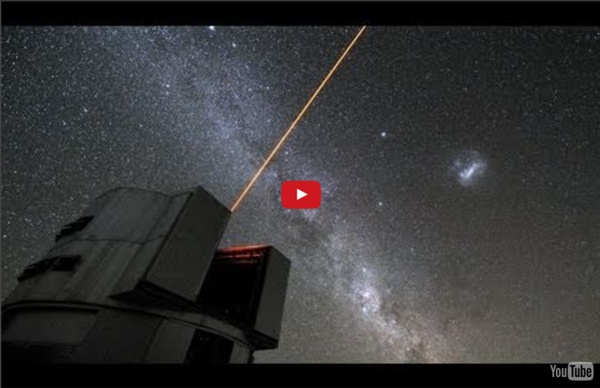 Why Our Universe Must Have Been Born Inside a Black Hole “Accordingly, our own Universe may be the interior of a black hole existing in another universe.” So concludes Nikodem Poplawski at Indiana University in a remarkable paper about the nature of space and the origin of time. The idea that new universes can be created inside black holes and that our own may have originated in this way has been the raw fodder of science fiction for many years. Today Poplawski provides such a derivation. Poplawski points out that the standard derivation of general relativity takes no account of the intrinsic momentum of spin half particles. This predicts that particles with half integer spin should interact, generating a tiny repulsive force called torsion. That’s interesting for a number of reasons. Astrophysicists have long known that our universe is so big that it could not have reached its current size given the rate of expansion we see now. The problem with inflation is that it needs an additional theory to explain why it occurs and that’s ugly.

The Great Dark Cosmic Side Coincidence [Earthlit Moon: Dorst/Druckmüller] One of the biggest mysteries — and wonders — in the known Universe flies over our heads every day. Or night, to be more precise. Although often quoted polls suggest some people are still in the Middle Ages, most do know that planets are more or less spherical and revolve around the Sun. Now, then why does we always see the same Moon? One of the first images of the far side of the Moon, captured on 1959 The simple answer is that the Moon’s rotation period coincides with its orbital one, which in turn means that the time it takes for the Moon to turn around itself is the same as it takes for it to fly around Earth. Science does have an answer for it, and it involves the most traditional of the forces. All this heat doesn’t come from nothing, and it effectively decelerates the rotation period, exactly the one that determines the frequency of the tides. Neat, huh? The Great Cosmic Coincidence This “mystery” can also be noted every day by looking at the sky.

Sérgio Sant'Anna Magic realism Magic realism or magical realism is a genre where magic elements are a natural part in an otherwise mundane, realistic environment.[1] Although it is most commonly used as a literary genre, magic realism also applies to film and the visual arts. One example of magic realism occurs when a character in the story continues to be alive beyond the normal length of life and this is subtly depicted by the character being present throughout many generations. On the surface the story has no clear magical attributes and everything is conveyed in a real setting, but such a character breaks the rules of our real world. The term is broadly descriptive rather than critically rigorous: Professor Matthew Strecher defines magic realism as "what happens when a highly detailed, realistic setting is invaded by something too strange to believe Etymology[edit] Determining who coined the term magical realism (as opposed to magic realism) is controversial among literary critics. Literature[edit] Plenitude[edit]

100 Best Novels ULYSSES by James Joyce Written as an homage to Homer’s epic poem The Odyssey, Ulysses follows its hero, Leopold Bloom, through the streets of Dublin. Overflowing with puns, references to classical literature, and stream-of-consciousness writing, this is a complex, multilayered novel about one day in the life of an ordinary man. Click here to read more about ULYSSES THE GREAT GATSBY by F. Set in the Jazz Age, The Great Gatsby tells the story of the mysterious millionaire Jay Gatsby, his decadent parties, and his love for the alluring Daisy Buchanan. A PORTRAIT OF THE ARTIST AS A YOUNG MAN by James Joyce Published in 1916, James Joyce’s semiautobiographical tale of his alter ego, Stephen Dedalus, is a coming-of-age story like no other. Click here to read more about A PORTRAIT OF THE ARTIST AS A YOUNG MAN LOLITA by Vladimir Nabokov Lolita tells the story of middle-aged Humbert Humbert’s love for twelve-year-old Dolores Haze. BRAVE NEW WORLD by Aldous Huxley CATCH-22 by Joseph Heller U.S.A. In E.

Samuel Beckett Samuel Barclay Beckett (/ˈbɛkɪt/; 13 April 1906 – 22 December 1989) was an Irish avant-garde novelist, playwright, theatre director, and poet, who lived in Paris for most of his adult life and wrote in both English and French. His work offers a bleak, tragicomic outlook on human nature, often coupled with black comedy and gallows humour. Beckett is widely regarded as among the most influential writers of the 20th century.[2] He is considered one of the last modernists. As an inspiration to many later writers, he is also sometimes considered one of the first postmodernists. He is one of the key writers in what Martin Esslin called the "Theatre of the Absurd". Beckett was awarded the 1969 Nobel Prize in Literature "for his writing, which—in new forms for the novel and drama—in the destitution of modern man acquires its elevation".[3] He was elected Saoi of Aosdána in 1984. Life and career[edit] Early life and education[edit] The Becketts were members of the Anglican Church of Ireland.

Waiting for Godot Plot[edit] Act I[edit] Estragon soon dozes off, but, after rousing him, Vladimir is not interested in hearing about Estragon's dreams—another recurring motif. Estragon wants to hear an old joke, which Vladimir starts but cannot finish, as he is urgently compelled to rush off and urinate due to a kidney ailment that pains him whenever he laughs. Estragon next suggests that they hang themselves, but they abandon the idea when their strategy seems infeasible. Vladimir and Estragon begin to reflect on the encounter, with Vladimir suspecting that they have met Pozzo and Lucky before. Act II[edit] Pozzo and Lucky unexpectedly reappear, but the rope is much shorter than yesterday, and Lucky now guides Pozzo, rather than being driven by him since Pozzo apparently cannot see in front of him. While Estragon sleeps on, Vladimir is encountered by (apparently) the same boy from yesterday, though Vladimir wonders whether he might be the other boy's brother. Characters[edit] Vladimir and Estragon[edit]

Better Java Web Frameworks I have been doing web application framework development for a long time. In my first experience, we developed a “Web Application Framework“, to ease development so that even a business user could write an application. As the years passed, I never saw any business user writing applications because of the fact that this job belongs to programmers. Today some 4GL or DSL tools are still on the search of the same promise. Before writing our own framework, we had used WebObjects development tools, for Java web development. Web Application Frameworks meet the web application requirements. The power of Java and richness of web technologies have produced many web frameworks (and that's not even considering internal frameworks). Choosing A Java Web Framework: A Comparison Choosing a JVM Web Framework The API Field of Dreams – Too Much Stuff! Rethinking JSF - The Real ProblemCriticisms of Spring, Struts, PHP, and Rails This feature list is application-centric.