Big gods came after the rise of civilisations, not before, finds study using huge historical database. When you think of religion, you probably think of a god who rewards the good and punishes the wicked. 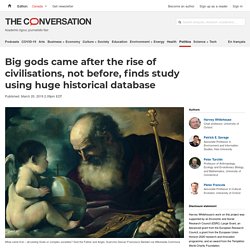 But the idea of morally concerned gods is by no means universal. Social scientists have long known that small-scale traditional societies – the kind missionaries used to dismiss as “pagan” – envisaged a spirit world that cared little about the morality of human behaviour. Their concern was less about whether humans behaved nicely towards one another and more about whether they carried out their obligations to the spirits and displayed suitable deference to them.

Nevertheless, the world religions we know today, and their myriad variants, either demand belief in all-seeing punitive deities or at least postulate some kind of broader mechanism – such as karma – for rewarding the virtuous and punishing the wicked. Catalogueofcreatures. Fairyring.com - Types of Fey. Fairy Doctor Notes Types of Fairies: 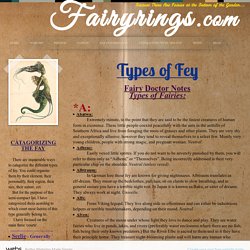 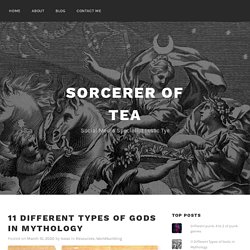 I’ve made enough of them over time, and when worldbuilding, it is near the top of my list of worldbuilding essentials. Right after magic systems. But I’ve sat there scratching my head more than once, questioning what different types of gods are absolutely essential for a pantheon. There are certain types of gods that are near universal in real mythology. The American Bestiary: The Most Famous Mythical Creature of Every US State, Illustrated - CashNetUSA Blog. By Barbara Davidson Posted on March 20, 2019. 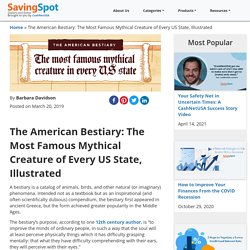 Zoroastrianism's Impact On Western Thought And World Religions. Paymaster Games. Arthur Rackham’s Rare and Revolutionary 1917 Illustrations for the Brothers Grimm Fairy Tales. “His face was wizened and wrinkled like a ripe walnut, and as he peered short sightedly at me out of his goggle spectacles I thought he was one of the goblins out of Grimm’s Fairy Tales.” This is how his nephew Walter remembers thirty-something Arthur Rackham (September 19, 1867–September 6, 1939) — one of the most creatively influential and commercially inventive illustrators of all time. The aesthetic accuracy of the then-teenager’s recollection may be suspect, but one thing is certain — Rackham was deeply animated by the Grimm spirit and was at the time consumed by the famed stories.

In 1900, seven years before he revolutionized the business of book art with Alice in Wonderland, Rackham set out to illustrate a special edition of the Brothers Grimm fairy tales. He had just met the painter Edyth Starkie, young Walter’s aunt, over a garden fence. By 1909, he had added 40 color plates to the line drawings from his first Grimm edition. Lesser Known Mythological Creatures From Around the World [Pics] This series of illustrations by Dark Corner Books list some really creepy mythological creatures from around the world that a lot of people do not know about. 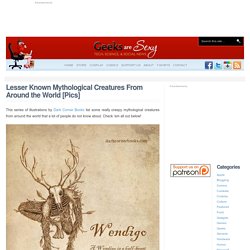 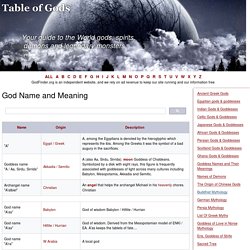 Symboldictionary.net. Theonion. A Monstrous and Venomous Serpent: Legendary Crusading Heroes and Wyrm-Slaying Symbolism – What Does it Mean? Whisht! 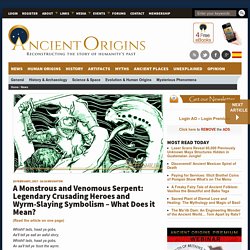 Lads, haad ya gobs, Aa'll tell ye aall an aaful story, Whisht! Lads, haad ya gobs, An aa'll tell ye ‘boot the wyrm. --(C.M. Leumane, 1867) Beasts that Scorch the Land There are more than twenty folktales from north-east England and Scotland that include the motif of a ‘wyrm’—a huge dragon-like, wingless serpent that terrorizes neighborhoods, sometimes for many years, before being eventually slain (motifs classified in the Aarne-Thompson index as B11.1.3.1, B11.2.1, and B11.11). The Strange Life of Al-Khidr, the Legendary Immortal Prophet, Mystic, Trickster and Sea Spirit. The 10 Most Badass Goddesses Of World Mythology.

Mythical Sea Animals in ancient history. Throughout time, evolution of specie has surprised the discoverers and scientists. 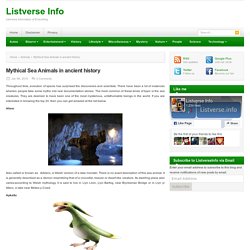 There have been a lot of instances wherein people take some myths into real documentation stories. The most common of these kinds of topic is the sea creatures. They are deemed to have been one of the most mysterious, unfathomable beings in the world. If you are interested in knowing the top 20, then you can get amazed at the list below. Afanc Also called or known as Addanc, a Welsh version of a lake monster. Apkallu Refers to a variety of sea bird that lives in flocks on Near Eastern islands. only waddle about on their short legs in dry land but propel themselves through the water with finlike wings at high speeds, enabling them to catch fish.these species are referred to as “The Sages of the Sea. 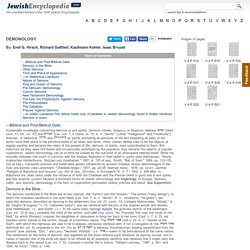 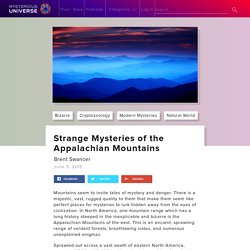 There is a majestic, vast, rugged quality to them that make them seem like perfect places for mysteries to lurk hidden away from the eyes of civilization. In North America, one mountain range which has a long history steeped in the inexplicable and bizarre is the Appalachian Mountains of the east. 10 Lesser-Known Versions Of Famous Mythological Beings.

Let’s face it—in the world of mythological creatures, anything can happen. We’ve gone from vampires who eat their funeral shrouds to green hags who like to drown the young and old. Mother Goddess in Comparative Mythology. Supreme Goddesses Throughout time, many cultures have worshiped the image and concept of a mother goddess. By The Gods 1 by DAZZY-P on DeviantArt. BBC Radio 4 - Living With The Gods. Proto-Indo-European Goddesses. The Gods and Goddesses of the Proto-Indo-European (PIE) speaking people can be reconstructed using the methods of historical linguistics. This work was begun by Jacob Grimm in the nineteenth century, but it became controversial when many people realized how embarrassing it was to the monotheistic religions. In recent years, a sort of “substitute” pantheon has been invented for the Proto-Indo-Europeans based on psychological models or comparative religion methods which are vague and subjective.

However the original linguistic techniques provide objective criteria for the reconstruction of the ancient Proto-Indo-European religion. Nature Goddesses: Earth, Water, Sky in Many Cultures. THE BIG MYTH. Myths and Legends Podcast. Cryptids and Strange Legends of the World (An Interactive Map YOU Can Add To!) Data analysis of four hundred versions of Little Red Riding Hood.

Scientist Tracks the Movement and Evolution of Ancient Myths Across Continents. “A Cosmic Hunt in the Berber Sky: A Phylogenetic Reconstruction of Palaeolithic Mythology” Psychologist Carl Jung believed that many cultures across the globe produced similar myths due to a sort of unified subconscious, the idea that deep down in our collective psyche, we all embraced the same symbols in an effort to explain the world. But what if it were far more simple than that? What if these linked myths merely migrated along with the people who told them? One scientist has provided strong evidence to that tune, piecing together together a global mythic tapestry that is thousands of years in the making. Scientists Trace Society's Myths to Primordial Origins. 9 Maltese Monsters Straight Out Of Your Nightmares - Lovin Malta. Just when you thought it was safe to go outside (or inside, or anywhere really). Malta is a magical place in many ways. Our island is rich in history, surrounded by a beautiful sea and crammed with archeological and architectural gems.