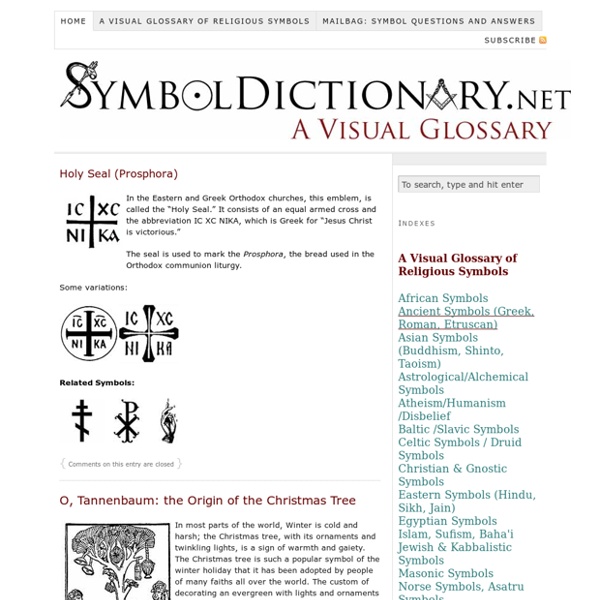 The Christmas Tree, Decking the Halls The so-called Christmas Tree is one of the most purely pagan of the modern holiday observances. Modern whitewash attributes the custom of lighted Christmas trees to Protestant reformer Martin Luther, with with a charming tale wherein he glimpses the starry sky between evergreen branches. It’s sweet, but hogwash. (Luther, who railed against excess, doesn’t seem a likely promoter of frivolous decor). The custom of decorating trees in honor of the gods is in fact so old it is specifically prohibited in the Old Testament*- which is why our Jewish friends don’t have Hanukkah trees**)

The Ultimate Directory Of Free Image Sources So, you need an image for your blog? We’ve spent some time categorizing our favorite sources for free images and organizing them in such a way as to help you find what you’re looking for. Here are the criteria we’ve examined: Subjects: Does a site focus on specific genres of images, or is it a mass collection of various image types? Archetypes & Symbols Archetypes are visual symbols or energetic imprints that exist in our psyches. Some are readily understood while others bring subliminal messages that are there to help you trigger your memory of why you are here and the truth behind the illusion of reality. Archetypes can often convey messages that verbal and written information cannot. Archetypes are found everywhere, as their symbols are a language of the mind, taken to different frequencies of thought and connected to each other by the collective unconsciousness. There are individual and universal archetypes.

Visual Dictionary, Visual Thesaurus Visuwords™ online graphical dictionary — Look up words to find their meanings and associations with other words and concepts. Produce diagrams reminiscent of a neural net. Learn how words associate. 25 Handy Words That Simply Don’t Exist In English Approximately 375 million people speak English as their first language, in fact it's the 3rd most commonly spoken language in the world (after Mandarin Chinese and Spanish). Interestingly enough it's the number 1 second language used worldwide - which is why the total number of people who speak English, outnumber those of any other. But whilst it's the most widely spoken language, there's still a few areas it falls down on (strange and bizarre punctuation rules aside).

Cool and Interesting Websites to Visit When You're Bored 30 Jan 2014 Here are some cool and interesting websites that will make you smile and also help beat that afternoon energy slump. couch mode print story The symbol of the Swastika and its 12,000-year-old history The swastika is a symbol used by of one of the most hated men on Earth, a symbol that represents the slaughter of millions of people and one of the most destructive wars on Earth. But Adolf Hitler was not the first to use this symbol. In fact, it was used as a powerful symbol thousands of years before him, across many cultures and continents. Christian Symbols, Symbolic Meanings and Types in The Bible Bible Studies Gold, Money and The Mark of the Beast 666 - Gold and 666 are closely related in the Bible. The Mark of the Beast, 666, and gold have parallels in Daniel. The Mark of the Beast as a Spiritual Symbol - A popular opinion is that the Mark of the Beast is a spiritual symbol, but there's a lot of evidence to the contrary. Finding The Church in the Old Testament - A study using the Septuagint (LXX) to compare the Greek Ekklesia and Hebrew Qahal in order to show that there is no distinction between the Old and New Testament congregations.

Word Root Of The Day Archive « Previous1234Next » #120 Dec 01, 15 ego The Latin root word ego means “I.” This Latin root is the word origin of a fair number of English vocabulary words, including ego and egotistical. The Latin root word ego is easily recalled through the English word ego—someone with a big ego is always thinking about number one, that is, himself, and how great he is. 20 more awesomely untranslatable words from around the world If only you could use these words in Scrabble. Photo: Jeremy Mates When linguists refer to “untranslatable” words, the idea is not that a word cannot somehow be explained in another language, but that part of the essence of the word is lost as it crosses from one language to another. This often is due to different social and cultural contexts that have shaped how the word is used. In the novel Shame, Salman Rushdie’s narrator suggests: “To unlock a society, look at its untranslatable words.”

The 100 Best, Most Interesting Blogs and Websites of 2014 Editor’s note: 2015’s list of the best, most interesting websites has arrived! The video above is a sampling from that list. Welcome to the most awesome blog post you’re going to see all year. Yep, it’s the third installment in the super-popular annual series in which I document the sites I think you’ll want to spend a lot of time on in the coming year (below you’ll find a few highlights from recent years in case you missed out).

The Book of Symbols: Carl Jung’s Catalog of the Unconscious by Kirstin Butler Why Sarah Palin identifies with the grizzly bear, or what the unconscious knows but doesn’t reveal. A primary method for making sense of the world is by interpreting its symbols. sigil magic Working magic is about getting to know what makes you tick and turning your life into an adventure with limitless possibilities. We give you a step-by-step guide to making a sigil – a form of magic that brings you your heart’s desire. All you need is a pencil and paper… so what are you waiting for?