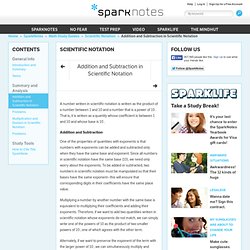 That is, it is written as a quantity whose coefficient is between 1 and 10 and whose base is 10 . Addition and Subtraction One of the properties of quantities with exponents is that numbers with exponents can be added and subtracted only when they have the same base and exponent. Addition and Subtraction with Scientific Notation. Adding and subtracting with scientific notation may require more care, because the rule for adding and subtracting exponential expressions is that the expressions must havelike terms. 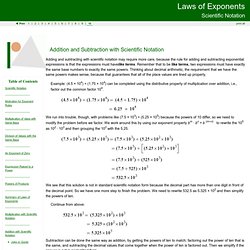