Bussed out: how America moves thousands of homeless people around the country. They thought they were going to rehab. They ended up in chicken plants. Dirty John Part 1: The Real Thing - Los Angeles Times. Dirty John. 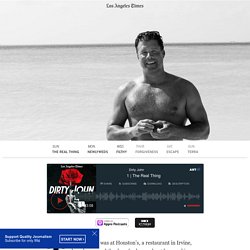 Death at a Penn State Fraternity - The Atlantic. At about 3 p.m. on Friday, February 3, Tim Piazza, a sophomore at Penn State University, arrived at Hershey Medical Center by helicopter. 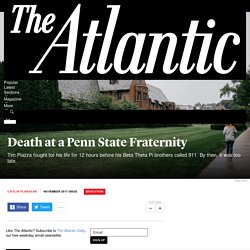 A Life on the Line: Cecilia Lam. Cecilia Lam made the last call of her life at 5:05 a.m. 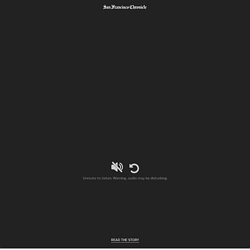 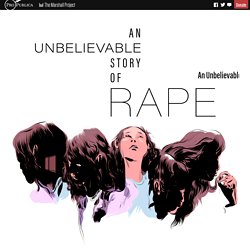 ‘The Troubled-Teen Industry Has Been A Disaster For Decades. And It's Still Not Fixed’ by Huffington Post. Ricochet by Chrys Wu. Your Contribution to the California Drought. A Gift to New York, in Time for the Pope. Desperate Crossing. Illuminating North Korea. The Trading Game. Homan Square: an interactive portrait of detainees at Chicago's police facility. Jose Detained at Homan Square on 20 March 2013. 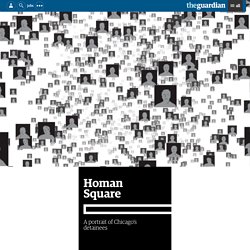 My Travels With Brazil’s World Cup Curse. WWF. Cronulla Riots - Documentary - SBS. SBS - After 6/4. How We Changed Our Thinking on Gay Marriage. The Boat. Food Waste Facts. Interactive - The Last Hunt. Journalists tell personal stories about the crazy s#@t that happens to them. Institut culturel de Google. How news can compete with cat videos: 6 lessons for multimedia journalists. Necessity is the mother of invention. 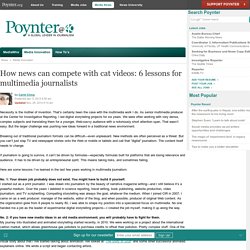 That’s certainly been the case with the multimedia work I do. As senior multimedia producer at the Center for Investigative Reporting, I led digital storytelling projects for six years. We were often working with very dense, complex subjects and translating them for a younger, Web-savvy audience with a notoriously short attention span. That wasn’t easy. But the larger challenge was pushing new ideas forward in a traditional news environment. 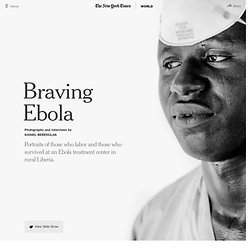 They wait for test results, for the next medical rounds, for symptoms to appear or retreat. They watch for who recovers to sit in the courtyard shade and who does not. Tony Nominees Perform Songs and Scenes - Interactive Feature. Build a Pop Song - Interactive Feature. Published: June 29, 2012 The Hitmakers: Kuk Harrell Justin Bieber, Jennifer Lopez, Rihanna: they all look to Kuk Harrell to perfect the voices that have made them superstars. 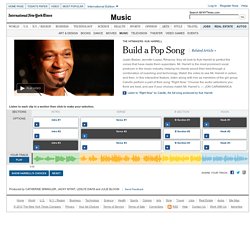 Mr. Warsaw Rising 1944. Syrian Journey: Choose your own escape route - BBC News. The Syrian conflict has torn the country apart, leaving thousands dead and driving millions to flee their homes. Many seek refuge in neighbouring countries but others pay traffickers to take them to Europe - risking death, capture and deportation. 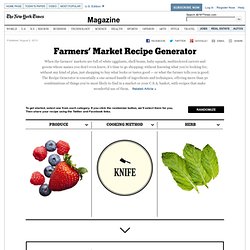 Finding the Quiet City. Dangers of Fracking. OTL: The Long, Strange Trip of Dock Ellis - MLB. What's your poison. UNSPEAK. The Washington Post. 27 Diagrams That Make Cooking So Much Easier. The { } And. Dates. Fort McMoney. Take This Lollipop. Thanatorama / une aventure dont vous êtes le héros mort. 30 Compelling Examples of Visual Storytelling on the Web. Storytelling is a powerful approach that can, when done right, compel users to convert more effectively than what any amount of optimization, crazy visual callouts, or awesome interactive elements can do otherwise. 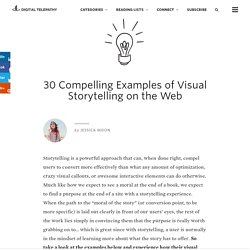 Much like how we expect to see a moral at the end of a book, we expect to find a purpose at the end of a site with a storytelling experience. When the path to the “moral of the story” (or conversion point, to be more specific) is laid out clearly in front of our users’ eyes, the rest of the work lies simply in convincing them that the purpose is really worth grabbing on to… which is great since with storytelling, a user is normally in the mindset of learning more about what the story has to offer. Planet Money Makes A T-Shirt. Why A T-Shirt? We wanted to see the hidden world behind clothes sold in this country, so we decided to make a T-shirt. We wanted to make an ordinary shirt like the vast majority of the shirts sold in this country — not organic cotton, not hand-sewn in the United States. To figure out how many shirts to make, and to raise money to pay for them, we turned to Kickstarter. Century of the Child.

101 Years of Tour de France Globalization. People Killed By Police. Your Biking Wisdom in 10 Words - Interactive Map. Eat: The Story of Food. The ‘Boys’ in the Bunkhouse.