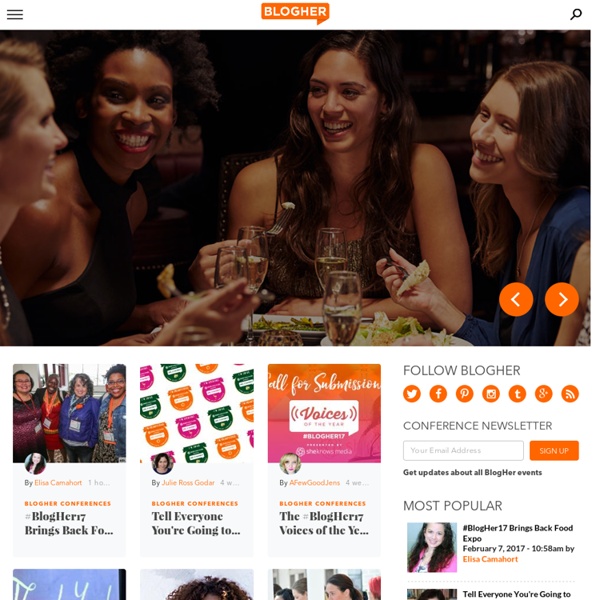 I recently heard that in Japan, they hold crying clubs. They watch sad movies, and read sad books in order to induce a good, healthy cry. I know that I love me a good cry. Don’t you? I swear I need to have a good cry weekly. If it’s the week before my period, that might get upped to daily.

www.oltremusica.it/joomla/ OltreMusica è... Home News Scritto da La Redazione Martedì 02 Ottobre 2012 22:41 Just another WordPress site Peng Wang’s Fibonacci Shelf Mathematics meets design in this cool and calculated shelving system designed by Peng Wang of Utopia Architecture & Design. See more Leading Site for Business Women Around the World The Speed of Language Ever wondered why some languages sound like they're spoken much faster than others? Japanese sounds faster than German, Spanish certainly sounds faster than English. Yet, if you watch a dubbed foreign movie, the translated dialogue matches with the original exactly - even seemingly to the actors' mouth movement. 40 Beautiful Examples of Minimal Design for Inspiration Simply I liked! Why? Because it’s simple…this is the idea of minimalism design.

Language Driven By Culture, Not Biology, Study Shows Language in humans has evolved culturally rather than genetically, according to a study by UCL (University College London) and US researchers. By modelling the ways in which genes for language might have evolved alongside language itself, the study showed that genetic adaptation to language would be highly unlikely, as cultural conventions change much more rapidly than genes. Thus, the biological machinery upon which human language is built appears to predate the emergence of language. According to a phenomenon known as the Baldwin effect, characteristics that are learned or developed over a lifespan may become gradually encoded in the genome over many generations, because organisms with a stronger predisposition to acquire a trait have a selective advantage. Over generations, the amount of environmental exposure required to develop the trait decreases, and eventually no environmental exposure may be needed - the trait is genetically encoded.

The Brick House Even though this may be a tad late and folks may be a tad overwhelmed by the glut of Alt recaps floating around, too bad, gotta do it. Every fiber in my blogging being demands it. Being my first ‘blogging’ type conference I was a little bit unaware and slightly nervous about what to expect in Salt Lake. There is a reason I like the anonymity and isolation of the internet, you know, because of the anonymity and no pictures of me thing. Just casually considering the physical fact of being surrounded by a zillion sparkling smiles in cute outfits with blogging savvy, proper business cards and lots of snapping cameras made my cold little cynical heart shrink up in fear. Hey, it’s the awesome Victoria from sfgirlbybay and some of me with a proper badge and everything.

Growing Cinnamon Cinnamonby Sheri Ann Richerson Few of us ever think about where cinnamon comes from, but can you imagine walking down a street lined with Cinnamon Trees? That's everyday life for those who live in the Islands of Malaya. Native to India, Malaya, Ceylon, China, Japan and Taiwan, depending on the exact species, are as common tothem as some of our native trees are to us. The Cinnamomum zeylanicum, is the source of the cinnamon we commonly buy. The sun's solar flares keep on getting stronger - with latest hot spot the size of 15 Earths strung together By Eddie Wrenn Published: 16:08 GMT, 9 July 2012 | Updated: 06:52 GMT, 10 July 2012 The sun is a tempestuous mistress - and her outbursts are becoming more and more violent as the weeks go on. NASA's Solar Dynamics Observatory spotted the summer's first 'X' solar flare on Friday - a huge outburst from the sun right at the top of the scale. This came on the back of 12 'M' flares in just six days, with a M6.1 flare knocking out radio signals across the planet on Thursday - hinting at the destruction the sun could reign on our technology if Earth takes a full blast across its blow.

Brother and Sister quotes I Sister quotes, I Brother quotes, I Family quotes "Brothers and Sisters Share A Unique Blend Of Love, Comradery, and Friendship" Brothers and Sisters: "Separated By Distance, Joined By Love" -Chuck Danes Brother and Sister Quotes describe that unbreakable bond between God's greatest gift to parents. As youngsters they may seem like arch enemies at times, but as they grow older the ties that bind become as strong as the love between them. Brother Quotes, Sayings about Siblings, Quotations about Brothers Related Quotes Family Sisters Fathers Mothers Parents Brothers and sisters are as close as hands and feet. ~Vietnamese Proverb I, who have no sisters or brothers, look with some degree of innocent envy on those who may be said to be born to friends.

Five Careers That Will Take You Around the World - Travel Resource Do you have a dream of seeing all of the beautiful wonders that this world has to offer, but feel like if you take off and tour the globe you will have to miss out on having a challenging and lucrative career? Don’t buy into that myth, because you CAN have a great career while travelling the world. If you love to travel there are lots of ways that you can turn that passion into an income and make money as you follow your dreams of exploring the far reaches of this beautiful planet. There are several careers out there that involve venturing to far away destinations, and with a little hard work and dedication they can be yours. If you are ready to think outside the cubicle box and find a job that will fill your passport with stamps and your heart with passion, here is a list of five travel-friendly careers to get you started: