The Roots & Legacy of 9/11. Many who experienced life in the United States both before and after the terrorist attacks on September 11, 2001, would agree that “9/11 changed everything.” 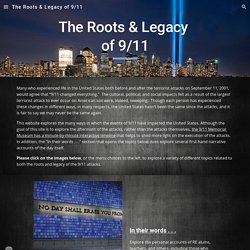 The cultural, political, and social impacts felt as a result of the largest terrorist attack to ever occur on American soil were, indeed, sweeping. Though each person has experienced these changes in different ways, in many respects, the United States hasn’t been the same since the attacks, and it is fair to say we may never be the same again. This website explores the many ways in which the events of 9/11 have impacted the United States. Freedom Homeschooling. Virtual field trips allow children to visit places around the world without ever leaving their homes. 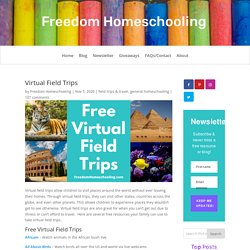 Through virtual field trips, they can visit other states, countries across the globe, and even other planets. This allows children to experience places they wouldn’t get to see otherwise. Virtual field trips are also great for when you can’t get out due to illness or can’t afford to travel. Here are several free resources your family can use to take virtual field trips. News from all fields of science for readers of any age. Our home on native land.

Utforska den engelskspråkiga världen. Arts & Culture. Information about health, growth, and emotions for teens: TeensHealth.org. Ciak! Teaching eSkills in the classroom. Syrian Journey: Choose your own escape route. The Syrian conflict has torn the country apart, leaving thousands dead and driving millions to flee their homes. Many seek refuge in neighbouring countries but others pay traffickers to take them to Europe - risking death, capture and deportation. If you were fleeing Syria for Europe, what choices would you make for you and your family? English-speaking countries. Have you ever wondered why you have to learn English at school? 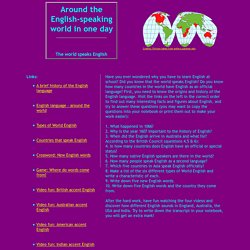 Did you know that the world speaks English? Do you know how many countries in the world have English as an official language? First, you need to know the origins and history of the English language. English speaking countries. Magic Vocabulary Magic Vocabulary is an automatic generator of worksheets and games to teach vocabulary. 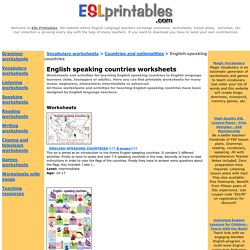 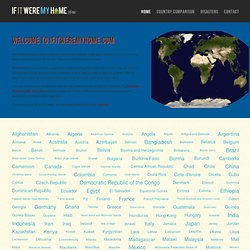 Economically and technologically the nation has developed in parallel with the US, its neighbor to the south across an unfortified border. Canada faces the political challenges of meeting public demands for quality improvements in health care and education services, as well as responding to the particular concerns of predominantly francophone Quebec. Canada also aims to develop its diverse energy resources while maintaining its commitment to the environment. The land now occupied by Canada was first inhabited approximately 16,000 years ago by aboriginal peoples. The beginning of the 20th century saw Canada's early involvement in World War I due to British control of its foreign affairs.

Today, Canada is characterized by its socially democratic programs such as universal health care, the Canda Pension Plan, and Canada Student Loans. Lonely Planet. How Many Countries in the World. Now that is a question that's somewhat difficult to answer, as there is no one right answer. 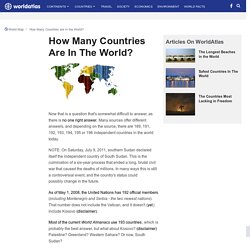 Websites if Worldwide Tourist Information Offices. The official site of Sweden. Strip the City. Fake air ticket. Videos About 9/11. Next week marks the thirteenth anniversary of the terrorist attacks of September 11, 2001. 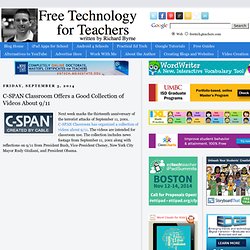 C-SPAN Classroom has organized a collection of videos about 9/11. The videos are intended for classroom use. The collection includes news footage from September 11, 2001 along with reflections on 9/11 from President Bush, Vice-President Cheney, New York City Mayor Rudy Giuliani, and President Obama. More resources for teaching about 9/11.Understanding 9/11: A Television Archive is hosted on The Internet Archive. It is an assembled collection of more than 3,000 hours of news footage from September 11, 2001 and the six days immediately following. Story Corps offers three animated stories of the real experiences of people affected by the events of 9/11. Larry Ferlazzo has an extensive list of resources for teaching about 9/11.