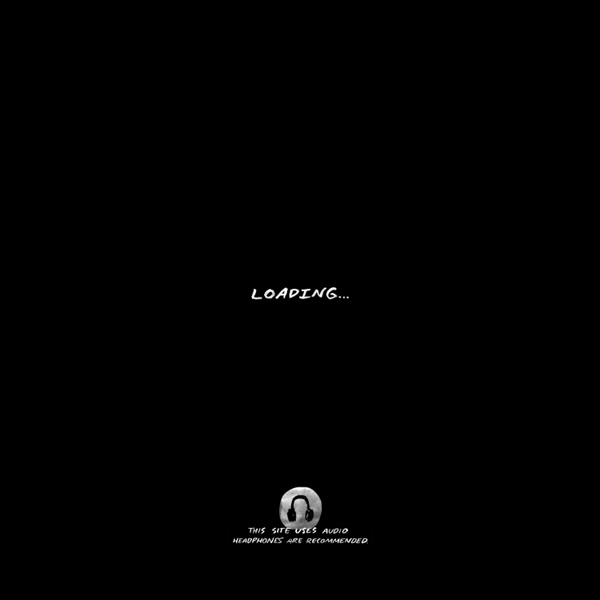 Go Back To Where You Came From I'm still fuming! Keep hitting the return button and getting bounced! OK, now I AM calm.... The "Moderator" of this assault on our intelligence obviously has social problems it appears. HOWEVER for anyone unemotionally looking at the increasing severity of the world's problems being driven primarily by the one point the "Moderator" kept closed by a stupid extreme-leftist remark about the lady's statement of Islam being the world's great problem IS THE PROBLEM. Not just for Australia, but the civilised world. Read Dating: A Fun Way to Motivate Struggling Readers “I hate reading.” No three words frustrate me more than these. What enrages me about this phrase is that it is a lie. Students love reading. They read hundreds of texts and newsfeeds every day.

Brian Bilston's Poetry Laboetry They have no need of our help So do not tell me These haggard faces could belong to you or me Should life have dealt a different hand We need to see them for who they really are Chancers and scroungers Layabouts and loungers With bombs up their sleeves Cut-throats and thieves They are not Welcome here We should make them Go back to where they came from They cannot Share our food Share our homes Share our countries Instead let us Build a wall to keep them out It is not okay to say These are people just like us A place should only belong to those who are born there Do not be so stupid to think that The world can be looked at another way (now read from bottom to top) Like this: Like Loading...

Singapour mon amour Urich Lau and Teow Yue Han, Life Circuit, Paris, 2015 Random yet organised, pragmatic yet consistent, conceptual yet critical, characterizes the body of work of Singaporean artist Urich Lau. By amplifying the exploration of the analogue and digital, he challenges the approaches of his artist collaborators and audiences in looking at how intersections between the static and live can come together. The conception and development of his Life Circuit in 2009, which has evolved from a solo performance with multi-disciplinary artist Yuzuru Maeda playing the violin to devised experimentations with artists Teow Yue Han and Kai Lam six years later, offers a sense of collectivity within the material and immaterial. The protagonist of Life Circuit is the video goggles that points and shoots at the curious onlookers. The bearer, on the other hand, becomes a mere object or carrier of the device as his/her sight is blocked from witnessing anything for the duration of the performance.

Welcome (2009 film) Welcome is a 2009 French film directed by Philippe Lioret. It stars Vincent Lindon and features Firat Ayverdi and Derya Ayverdi in their inaugural roles. The film was released on 11 March 2009 in France. The director wanted to highlight the plight of illegal immigrants living in Calais, France, and their plans to reach the United Kingdom meeting activists and associations trying to help the refugees.[1] The film tells the story of Simon Calmat (Vincent Lindon), a French swimming coach who is divorcing his wife Marion (Audrey Dana). Simon tries to help a young Iraqi-Kurdish illegal Immigrant, Bilal Kayani (Firat Ayverdi), whose dream is to cross the English Channel from Calais in France to the United Kingdom by any means possible to be reunited with his girlfriend Mina (Derya Ayverdi).

English-Guide.org A great interactive resource! Read the story book about the missing ice cream. Then go through the exercises to learn about the structure of a story including the characters, the setting and the plot line for the events of the story. You can use your understanding of these elements with anything you read or watch. Status: Published Updated date: Mon, 12/15/2014 - 02:16 When reading it is important to be able to tell the difference between facts and ideas/opinions.

SS St Louis: The ship of Jewish refugees nobody wanted Image copyright other On 13 May 1939, more than 900 Jews fled Germany aboard a luxury cruise liner, the SS St Louis. They hoped to reach Cuba and then travel to the US - but were turned away in Havana and forced to return to Europe, where more than 250 were killed by the Nazis. "It was really something to be going on a luxury liner," says Gisela Feldman. Refugees welcome Now playing Today's refugee crisis is the biggest since World War II, and it's growing. When this talk was given, 50 million people had been forcefully displaced from their homes by conflict and war; now, a year later, the number is 60 million.

The Most Read Book Among High School Seniors From Each State, in One Surprising Map Native Americans living in the Northeast, like Game of Thrones fans, knew one thing at this time of year: Winter is coming. As such, now was the time for one last glut of food before a four-month-at-least period of traveling along with migrating prey in order to hunt for fresh food. In that sense, yes, Native American harvest feasts are a clear primogenitor to today's Thanksgiving. But the truth is more complex. As Thanksgiving matured as a holiday in the Americas, many of the inhabitants in the United States — Native Americans, settlers and enslaved Africans — contributed elements of our modern Thanksgiving meal to the table. Time Explorer: The Holocaust The Holocaust, also referred to as the Shoah, was a genocide during World War II in which Nazi Germany, aided by its collaborators, systematically murdered approximately 6 million European Jews, around two-thirds of the Jewish population of Europe, between 1941 and 1945. Jews were targeted for extermination as part of a larger event which involved the persecution and murder of other groups by the regime, including in particular the Roma, and "incurably sick", as well as homosexuals, political opponents, Jehovah's Witnesses, Soviet prisoners of war, and Slavs.Germany implemented the persecution in stages. Following Adolf Hitler's rise to power in 1933, the government passed laws to exclude Jews from civil society, most prominently the Nuremberg Laws in 1935.