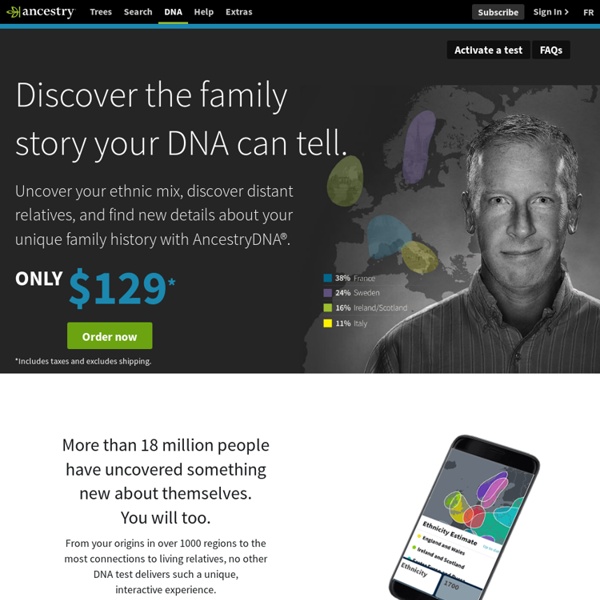 Mozilla Lightbeam Helps You Find Out Who Is Watching You on the Internet If you're an Internet user, which presumably you are if you're reading this, you're likely aware that the services or sites you visit or the browsers you use might track some of your browsing habits in one way or another. Depending on what privacy settings you have enabled, sites and services might monitor your clicks to show you advertisements you might be interested in or collect other data for research. But Mozilla, the open-source software company that makes the Firefox browser, wants to make it a bit easier for you to visualize what sites and third-party site services might be tracking or watching your Internet activity. Released on Thursday, an add-on for your Firefox browser called Lightbeam shines a light on the eyeballs watching you. When installed, you get an interactive visualization of the sites you visit and around those are a cluster of other services that are tied into those sites. Are Your iMessages Safe? Also Read

5 ways to speed up an aging computer | Digital Crave While you’re impressed with the latest batch of thin, light and touch-enabled laptops, you’ve come to the realization you just don’t have the cash to invest in one. You’re not alone. Too bad your computer is so slow it takes two hours for you to watch 60 Minutes (badum-dum). The good news, however, is there are a handful of free or inexpensive things you can do to speed up your aging Windows laptop or desktop. 1. If your hard drive (usually C:) is almost at capacity – represented by a nearly full pie chart – it could be one of the reasons your computer is slowing down. The next step is to enable the Disk Cleanup feature built into Windows by right-mouse clicking on your C: (perhaps, in Windows Explorer) and then clicking Disk Cleanup to remove temporary Internet and Windows files. 2. Adding more system memory (RAM) to your laptop or desktop shouldn’t be difficult or expensive. 3. Also, remember to update your security programs often, too, in case it doesn’t do it automatically. 4. 5.

Best Tools to Stop Gadget Thieves | Upgrade Your Life A laptop is stolen every 53 seconds in the United States. To put that in perspective, one out of every ten laptops will be lost or stolen. So how do you prevent your device from joining these horrifying statistics? Physical Security Cables Almost all laptops now have an industry-standard security slot. Also, with the increased popularity of the iPad, there are cases that lock onto the tablet and then hook into these standard laptop cables for similar protection. Alarms Another option is a laptop alarm. Tracking Programs Just as Lojack can track stolen cars, there are tracking programs for laptops. Related: How to Find a Lost Cell Phone Data Back-Up One important note: think about the value of your data. Related: How Not to Get Hacked on Public Wi-Fi Special Thanks to UC Berkeley. Technology & ElectronicsComputing

Why I'm quitting Facebook Douglas Rushkoff says a loss of control over how his "likes" are used has led him to drop Facebook. Douglas Rushkoff: Facebook has been very useful to him but now goes too far He says its Related Posts features misrepresents "likes" of users without their consentFacebook users have always been its workers, providing info about themselves to data minersRushkoff: Related Posts takes too much control, causes him to break trust with followers Editor's note: Editor's note: Douglas Rushkoff writes a regular column for CNN.com. He is a media theorist and the author of the upcoming book "Present Shock: When Everything Happens Now." (CNN) -- I used to be able to justify using Facebook as a cost of doing business. I can no longer justify this arrangement. Today, I am surrendering my Facebook account, because my participation on the site is simply too inconsistent with the values I espouse in my work. Facebook is just such a technology. Douglas Rushkoff Mark Zuckerberg gives away $33 million

Scientists just discovered how to regrow teeth using laser beams Good news for all you taffy addicts and crystal meth smokers out there — a Harvard-led team of scientists has just devised a way to regrow teeth. If developed further, this technology could spell the end things like fillings and dentures, and even lay the groundwork for other regenerative procedures like wound healing, bone regeneration, and more. Published yesterday in the journal Science Translational Medicine, the procedure used to achieve this tooth regrowth sounds like it’s taken straight out of a science fiction novel. The team used a low-power laser beam to trigger human dental stem cells and encourage them to form dentin: the hard, bone-like tissue that lies underneath a tooth’s enamel and makes up the bulk of a tooth’s mass. This is groundbreaking because up until now, stem cells –undifferentiated cells that have the ability to become different, more specialized types of cells– have proven difficult to manipulate with much precision. Find out more here.