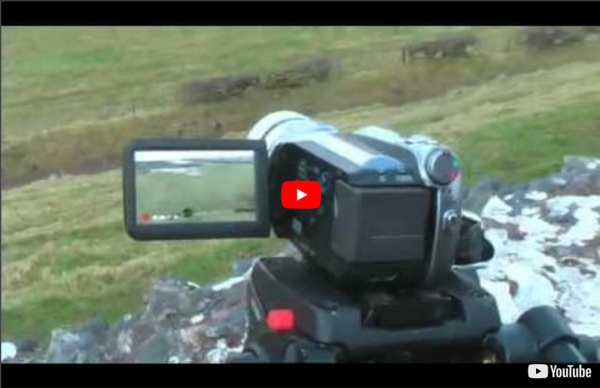 6 Insane Coincidences You Won't Believe Actually Happened Ohio is Full of Astronauts Quick: What's special about Ohio? Nothing? Real Life Disney Princesses It’s the childhood dream of many girls to become a Disney princess… and now photographer Ryan Astamendi is giving a few grown women the chance. His series of surprisingly accurate photographs puts models into pitch perfect costume, makeup and hair to create what looks like the movie screen come to life. As you will see in the photographs below, the models vary in their real-life likeness to the characters, proving that Astamendi is skillful at creating the look he desires. See Also CHINA’S FAKE DISNEYLAND: THE PARK THAT NEVER WAS

Corbis - XX Century in Black and White Photos BBC-Mozilla Firefox Men in Hats Watching the Sky Coco Chanel Robert Kennedy Conversing WithEdward Kennedy Buddhist Monk Committing RitualSuicide Famous Guests at the "Crescendo" Ikea Science Fiction by Susana Polo | 11:53 am, May 9th, 2011 I could make some joke here about how Ikea directions always make me feel like I’m expected to build something that’s bigger on the inside, but I actually have never had that much trouble following Ikea directions THERE I SAID IT. Seriously, if you’ve ever put together some Lego sets, you already have all the experience you need. No, the problem I always seem to have is with the furniture where you have to pick up extra parts that aren’t expressly mentioned all over the boxes of the parts you already have, and I find that I’ve left a vital element of a bed, like the bits that hold up the mattress, at the warehouse. And then I sleep on the couch. (via College Humor.)

Ginger Seal Shunned By Peers Be gone, ugly. Gone gone. Prepare for your heart to break. This ginger seal is an outcast from its colony. Mozilla Firefox Marriage Proposal with an Android App On November 2nd I proposed to my girlfriend of over 2 years, Meghan. She's very perceptive and extremely difficult to surprise, so I knew I had to do something really clever to catch her off guard. Barcode Yourself by Scott Blake Barcode Yourself is a complete, interactive experience in the series of barcode art, created using the personalized data of participants. Enter an individual's gender, weight, height, age and location, and the barcode is formed using real-world data. The individualized barcode can then be printed, mapped, scanned, even depicted on a t-shirt or coffee mug. Uber-geeks can even test out their barcodes on their next grocery run. It is in scanning a barcode that the project reveals its humor, like a banner that reads: Disclaimer!

Found at Auction: The Unseen Photographs of a Legend that Never Was Picture this: quite possibly the most important street photographer of the 20th century was a 1950s children’s nanny who kept herself to herself and never showed a single one of her photographs to anyone. Decades later in 2007, a Chicago real estate agent and historical hobbyist, John Maloof purchased a box of never-seen, never-developed film negatives of an unknown ‘amateur’ photographer for $380 at his local auction house. John began developing his new collection of photographs, some 100,000 negatives in total, that had been abandoned in a storage locker in Chicago before they ended up at the auction house. It became clear these were no ordinary street snaps of 1950s & 60s Chicago and New York and so John embarked on a journey to find out who was behind the photographs and soon discovered her name: Vivien Maier. A self portrait:

How to negotiate better than 99% of people In college, I had the opportunity to teach a “Student-Initiated Course,” or basically a course on whatever I wanted. So I got together with two of my friends and we put together a course on religious studies. Now, Stanford gave us incredible flexibility to teach essentially whatever we wanted…but the student instructors never got letter grades — it was always Pass/No Pass (everybody always passed), issued by the sponsoring professor. Until we came along.

thank you very much, your welcome ! 'll continue to share " fascinating and funny " pearl. Hope you enjoy it in the future ! by toutpetitlaplanete Feb 22

Anna I saw that in 2009 when it was first done, and still find it funny and facinating. thank you for adding this pearl. by goldy Feb 21