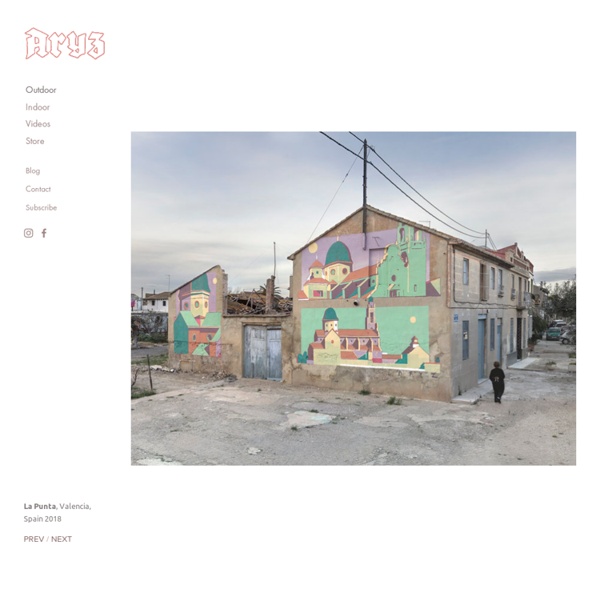 Peter Gut Peter Gut is a Swiss typographer, illustrator and caricaturist based in Winterthur. He has collaborated for years with the weekly magazine Facts, and today works for Weltwoche, the Neue Zürcher Zeitung and the business magazine Bilanz. Gut also designs book covers and thanks to my daughter Michelle, who bought me the postcard above. 20 pictures from the '30s I love old photos because this is the only way I can really see our history. I like to check out the details such as clothing, decorations or food products because is not only interesting to see their habits but also how these evolved during decades or centuries. The images below were taken in the ’30s in various circumstances from an ice-skating scene and all the way to a legendary image with Stalin fooling around. I hope that you like them as much as I do. Young skater with safety cushion Dutch boy with a pillow strapped on his backside in order to soften the falling on ice while skating.

Tobias Hall Tobias Hall Excellent illustrations to discover over at Tobias Hall’s online portfolio No comments yet. Verme « lIQEN Verme . Acrilico y tinta china. 118x92cm. 2008 Acrilic and Chinese ink with brush. 118x92cm. 2008. Me gusta: no name luke taylor Premium Canvas Starting at just $99 Buy Now street art Click on a photo and you make it bigger and can post a comment on it. And thats some of the most beloved Street Art Photos posted in 2012 on Street Art Utopia! A member of Street Art Utopia on Facebook wrote two year ago this nice piece about the future: – My son, do you want to hear something strange? – Yes! What? mark jenkins Besançon Rome Rio de Janeiro Tudela top 75 pictures of the day *Update: The Top 100 ‘Pictures of the Day’ for 2012 have just been published. Click here to check out the most up-to-date post! After the positive reception from last year’s “Top 50 ‘Pictures of the Day’ for 2011“, the Sifter promised to highlight the top 25 ‘Pictures of the Day‘ at the end of every quarter, eventually culminating in an epic Top 100 for 2012.

minimalist photographer by Dan Havlik posted Thursday, March 7, 2013 at 8:45 PM EDT Looking at the starkly poetic black-and-white images of Iranian photographer Hossein Zare is like entering another world. It's a minimalist world composed of simple black lines intersecting with quadrants of negative white space. And it's a loosely populated world, sometimes occupied by a lone person walking stoically along. vintage photographs of new york New York can rightly be called one of the most beautiful cities on earth. Every one of you would like to visit the busy city and especially for photographers it is not less than a paradise to take a dream shot. But our today’s post is not to show you the modernity of the New York City. In the post below you will find some of the most beautiful Vintage Photographs of New York City to honor the legacy of your dream city. Grand Central Terminal, New York City (1941)