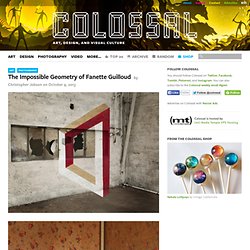 Guilloud employed a method of anamorphic projection similar to the work of Felice Varini to create the illusion of a painting superimposed on an image, when in fact there is no digital trickery whatsoever. The image is actually painted on numerous surfaces at varying depths and only appears like what you see here from a particular vantage point. Les peintures en reliefs du street artist français Shaka. Le street artist / artiste plasticien français Shaka, aka Marchal Mithouard, est simplement bourré de talent. 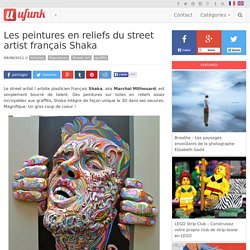 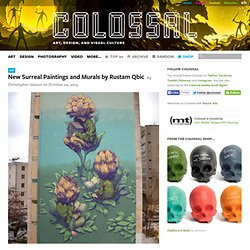 Titled “Blossom” the mural depicts individuals whose heads are literally “blooming” while reading books, an irony not lost on the artist who worked through 11 days of frigid cold and snow to complete the work. The mural is just one of many surreal paintings and walls created by Qbic since we covered his work here last year. You can see more over on his website. Recent Stencil Graffiti from C215. No matter how many times I stop to consider artworks by Parisian street artist C215 (previously) I’m left wondering just how he pulls it off. 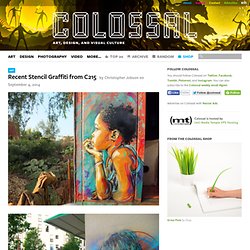 The texture, the color, the detail, all executed with stencils and spray paint on any available surface. C215 says that he frequently portrays “things and people that society aims at keeping hidden: homeless people, smokers, street kids, bench lovers for example,” though one of his favorite muses is his daughter Nina who has appeared in numerous portraits over the years. He also sneaks in references to pop culture, most notably one of the best tributes to Robin Williams I’ve seen yet. A Monochromatic Farewell to a Condemned House in Germany.

Haus in Schwarz (House in Black) was a 2008 public art piece by artists Erik Sturm und Simon Jung (previously) in the city center of Möhringen, Germany. 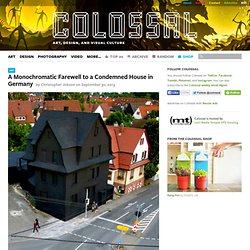 The piece was meant as a farewell to the building which was slated for demolition, with the matte black paint acting as a sort of final curtain to an exterior that had recently been used by numerous street artists, shown above. Does anyone know what occupies the space today? Update: After demolition, the owner, art gallery manager Karin Abt-Straubinger built a new gallery (but the House in Black still haunts Google Maps). Thanks Gerhard. Murals Composed of Frenetic Linework by DALeast. Photo by Spencer Elzey Since we last covered work by DALeast, the artist has painted numerous pieces around the world, particularly a number of bird-themes murals in Poland, Spain, and now New York City where he just completed a towering painting of a bird clutching another bird on the side a Manhattan building. 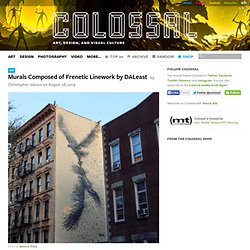 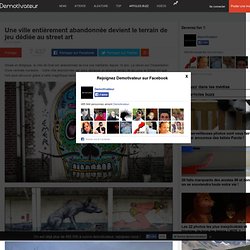 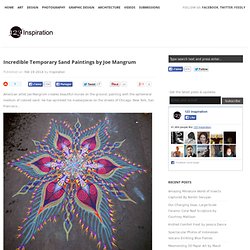 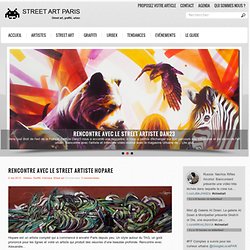 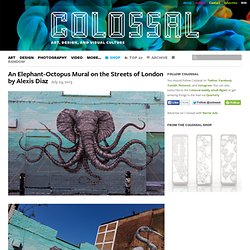 Comprised of thousands of tiny brushstrokes, the mural took a week to paint and you can see it yourself on Hanbury Street off Brick Lane. Chicago artist Phineas X. Jones also conceived of an “octophant” which has had numerous incarnations over the years. Arts et technologies contemporaines. Introduction. MAXIMUM. Street art, graffiti, urban exploration, expositions ... Street Art.