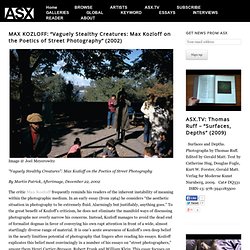 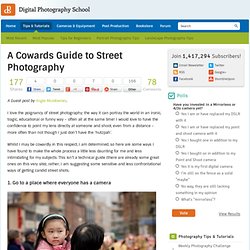 I love the poignancy of street photography; the way it can portray the world in an ironic, tragic, educational or funny way – often all at the same time! I would love to have the confidence to point my lens directly at someone and shoot, even from a distance – more often than not though I just don’t have the ‘hutzpah’. Photographer Profile ~ FRED HERZOG. Fred Herzog (b.1930, Germany) is a photographer known primarily for his photos of life in Vancouver, Canada. 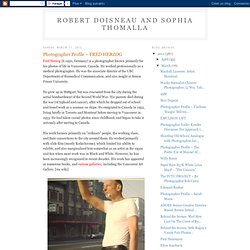 He worked professionally as a medical photographer. He was the associate director of the UBC Department of Biomedical Communication, and also taught at Simon Fraser University. He grew up in Stuttgart, but was evacuated from the city during the aerial bombardment of the Second World War. His parents died during the war (of typhoid and cancer), after which he dropped out of school and found work as a seaman on ships. He emigrated to Canada in 1952, living briefly in Toronto and Montreal before moving to Vancouver in 1953. One year with the X100 - blog - laROQUE. A year ago I was making frantic phone calls left and right. 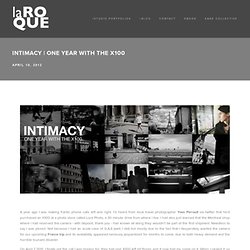 I’d heard from local travel photographer Yves Perrault via twitter that he’d purchased an X100 at a photo store called Lord Photo, a 30 minute drive from where I live. I had also just learned that the Montreal shop where I had reserved the camera - with deposit, thank you - had known all along they wouldn’t be part of the first shipment. Needless to say I was pissed. Not because I had an acute case of G.A.S (well, I did) but mostly due to the fact that I desperately wanted the camera for our upcoming France trip and its availability appeared seriously jeopardized for months to come, due to both heavy demand and the horrible tsunami disaster.

What is street photography? Your questions answered. The Blog of Irish Photographer Tommie Lehane. Street Reverb Magazine. 「カタログギフト」といっても、数多くのコンセプトがあります。 取り扱っている商品も多種多様で、用途別、金額別と更に細かく分類されています。 ではここで、自分がカタログギフトを貰う側になったと仮定してみてください。 届いた冊子の中から商品を選ぼうとして困ったことはありませんか？ 欲しいものがない、なんだか安っぽく思える、こんなに商品がたくさん並んでいるのにピンとくるものがない。 結局特に欲しくもなかった無難なものを選び、届いた商品は箱にしまったきり使わなかった…。 では次に、自分がカタログギフトを送る側になったと仮定してみてください。 掲載商品の取り扱いブランドを確かめる 当然、掲載されている商品の数や中身によって料金が変わってきます。 知る人ぞ知るブランド品が掲載されているカタログギフトも良いですが、そういった造詣を持っていない人でも知っているようなブランド品を取り扱っているタイプをを選ぶのも重要です。 Know Your Rights: Photographers. Taking photographs of things that are plainly visible from public spaces is a constitutional right – and that includes federal buildings, transportation facilities, and police and other government officials carrying out their duties. 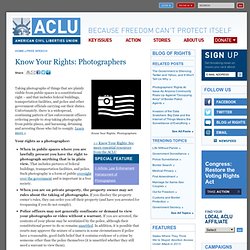 Unfortunately, there is a widespread, continuing pattern of law enforcement officers ordering people to stop taking photographs from public places, and harassing, detaining and arresting those who fail to comply. Learn more » Your rights as a photographer: When in public spaces where you are lawfully present you have the right to photograph anything that is in plain view. That includes pictures of federal buildings, transportation facilities, and police.

Train of Thought: On the ‘Subway’ Photographs by Bruce Davidson. In the spring of 1980, I began to photograph the New York subway system. 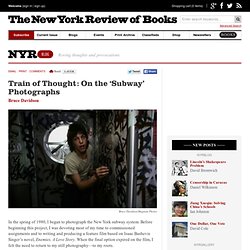 Before beginning this project, I was devoting most of my time to commissioned assignments and to writing and producing a feature film based on Isaac Bashevis Singer’s novel, Enemies, A Love Story. When the final option expired on the film, I felt the need to return to my still photography—to my roots. I began to photograph the traffic islands that line Broadway. Read the Introduction. Stare, Pry, Listen, Eavesdrop No better advice has ever been given to street photographers than that offered by Walker Evans, one of the greatest American photographers of the mid-twentieth century: ‘Stare. 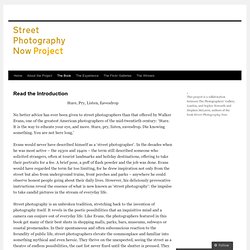 It is the way to educate your eye, and more. Stare, pry, listen, eavesdrop. Die knowing something.

10 Things Not To Do As a Street Photographer. (Above image “Untitled” by Christos Kapatos) I just finished reading “The Black Swan” by Nassim Nicholas Taleb, where he discusses many misconceptions and fallacies that we face as humans. 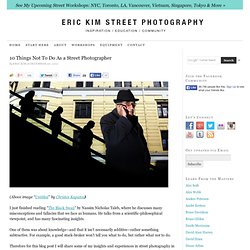 He talks from a scientific-philosophical viewpoint, and has many fascinating insights. One of them was about knowledge—and that it isn’t necessarily additive—rather something subtractive. Street Photography: Peter Jenkins. There have been a number of well-publicised cases over the past few years where seemingly normal, perfectly law-abiding citizens (yes, photographers are citizens too, you know) have been stopped from doing what everyone had assumed was perfectly legal and publicly acceptable, that is to take photographs in a public place. 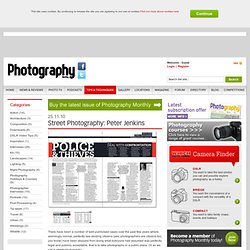 Or as we call it, street photography. 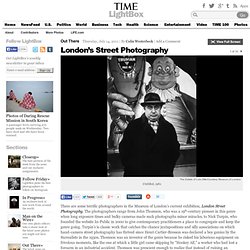 The photographers range from John Thomson, who was a 19th-century pioneer in this genre when long exposure times and bulky cameras made such photographs minor miracles, to Nick Turpin, who founded the website In-Public in 2000 to give contemporary practitioners a place to congregate and keep the genre going. Turpin’s is classic work that catches the chance juxtapositions and silly associations on which hand-camera street photography has thrived since Henri Cartier-Bresson was declared a boy genius by the Surrealists in the 1930s.

Polaroid Street Photographs in New York. Street Photos of Distracted Cellphone Users. Amateur street photography: a beginner's guide. Picture the scene: you're out on the sidewalk – maybe shopping, chatting or just daydreaming. Street Photography. 36: Gleaners. The Belly of the Beast.