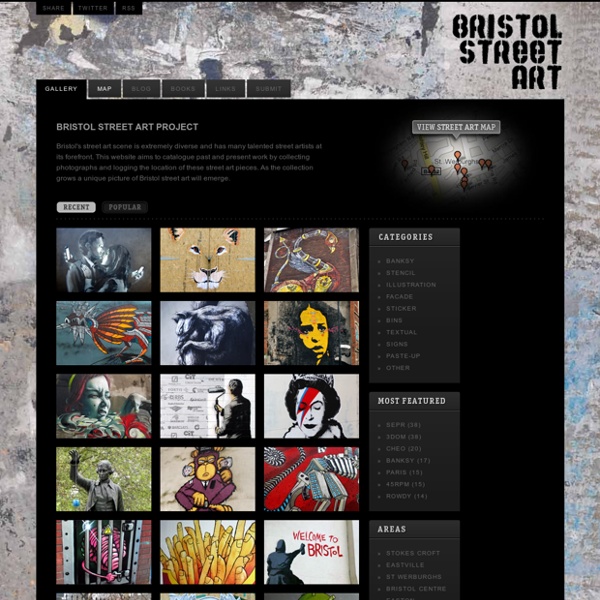 STREET ART UTOPIA - We declare the world as our canvas Banksy pledges £80,000 to Russian radical art group Voina | Art and design Banksy, the world's most famous graffitist, is to donate almost £80,000 to a controversial Russian art group, two of whose members are in prison awaiting trial on charges of hooliganism. The secretive British street artist is expected to give all proceeds of a print sale tomorrow to the Voina (War) collective, which is notorious for radical actions such as staging an orgy in a Moscow museum and painting a huge phallus on a bridge in St Petersburg. Banksy is offering a print of his work Choose Your Weapon to each of 175 people randomly drawn from those registered to buy on picturesonwalls.com. "Each print is £450 but if it's any consolation Banksy is donating all royalties to the Voina artist co-operative in Russia, two of whom are currently residing in a St Petersburg jail," the site said. Police claim the group caused thousands of pounds worth of damage, but Russia's tight-knit art community has called for their release, saying the charges are excessive.

Arte Patricios Parque Patricios is a barrio to watch. It’s a fairly traditional, residential neighbourhood boasting some beautiful turn of the century architecture, a large park and a newly opened subte line. A huge amount of investment has gone into the barrio in recent years, and one of the latest projects has been to develop an an entire neighbourhood block adjacent to the park into the new site for Banco Ciudad. Arte Patricios was an innovative event which brought together dozens of artists over a single weekend to create an open air art gallery around the the perimeter of the construction site for Banco Ciudad. Wooden boards were attached to the metal walls surrounding the site, creating a gallery of empty spaces for the participating artists. Some artists focused on painting the board itself, whilst others incorporated the surrounding wall into their pieces. We turned up late on the last day of the event having got lost en route. Stencil Land Amor Martin Ron Cabaio Stencil Pelos de Plumas Pum Pum Poeta

Super Touch Art Upper Playground | Barry McGee “TRANSFER” video Posted from The Citrus Report A nice little Barry McGee video to brighten your day, or your evening. This was filmed when Barry went down to Sao Paulo this past summer for the Transfer show. Barry McGee – TRANSFER SP Brasil from Antonio de Paula Ternura on Vimeo. Montagem da mostra TRANSFER no Pavilhão das Culturas Brasileiras, Ibirapuera. 18/19 julho 2010 Artista: Barry McGee Video: Antonio de Paula Ternura Musica: Nelo Johann Creative Street Art Ideas French blog OaKoAk has a very cool collection of creative street art examples, and we want to share our 15 best picks with you. But before you start scrolling down the list, I’m going to take the liberty of reposting here a comment made on our Facebook page by Mike Aftanake: “This is today’s art, not the phony abstract ugly pieces they gather in modern art museums. This is alive…” And what about you? Do you think such street art is a crime, or is it art?

Graffiti Walls — Discover Urban Art Worldwide The Street Work of Banksy Banksy is the pseudonym of a British graffiti artist, political activist and painter, whose identity is unconfirmed. Using a unique stenciling technique Banksy’s artistic works of political and social commentary have been featured on streets, walls, and bridges of cities throughout the world. Here we’ll show you some of the best work from this international street artist Banksy. Banksy.co.ukOnline Shop Sponsored Links © 2011 Design Cookbook.