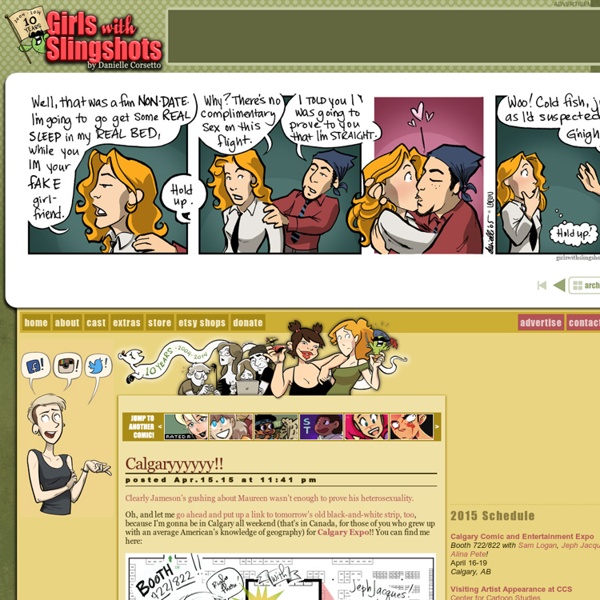 Fantasy Webcomic Comic Graphic Novel It’s finally time to present the submissions placed between the positions 13 and 25 of the Sandra and Woo and Gaia artwork contest. There are some great works of art to be seen here, partially thanks to the extension of the submission period. I would like to thank all artists who have submitted a drawing or other piece of art. Don’t forget to check out the first batch of submissions which I posted on Monday. Unsounded September 23, 2016, at 12:00 AM With these two NSFW pages and a Ch12 preview, that's a wrap for chapter 11! Unsounded's been going since July of 2010.

Caf-Fiends August 9th, 2012 Comic So yeah, been busy. Last page coming next week, again, Please check out the new comic And a Hard Place. ShareThis a softer world: 123 joey The We Are Become Pals book is here! You can buy it right now, for $16 in hardcover! SUBNORMALITY! All content copyright Winston Rowntree, 2015. Museum previously seen here and then here. Comics at Daily Kos (Click to enlarge) There were so many mind-blowingly illogical quotes in Roberts' McCutcheon v. FEC opinion, it was hard to pick just one for the cartoon. Another classic: "[Many people] would be delighted to see fewer television commercials touting a candidate’s accomplishments or disparaging an opponent’s character,” he wrote.