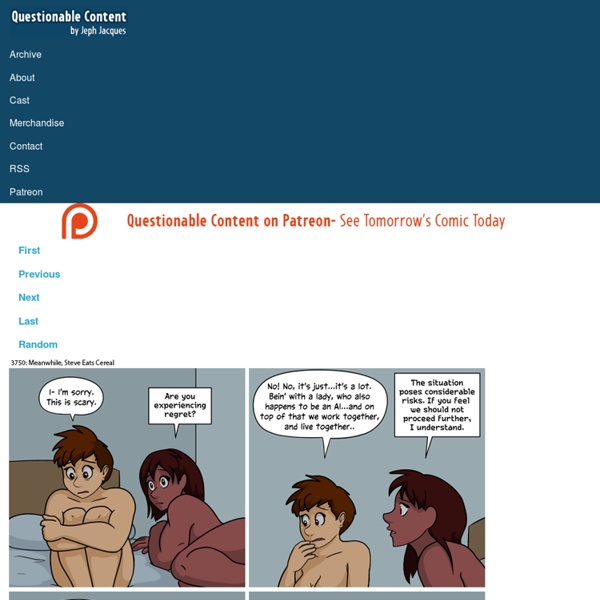 SUBNORMALITY! All content copyright Winston Rowntree, 2015. Museum previously seen here and then here. 5 "WAKE UP, MEIN BUTTERLOAF!" Captain hollered, honking on the horn that's been duct-taped to the sled. Just as Captain gave this dire warning, Pilot collapsed out of exhaustion onto the ground. "Great. Hajime no Ippo Hajime no Ippo Ongoing Author: MORIKAWA Jyoji Action Comedy Drama Martial Arts Shounen Sports a softer world: 123 joey The We Are Become Pals book is here! You can buy it right now, for $16 in hardcover! Air Gear Read Air Gear Manga Online Minami Ikki Itsuki, is a student and a delinquent. Also known as the Unbeatable Babyface, Ikki is the leader of the youth gang by the name of East Side Gunz. Upon his return home after being humiliated by a street gang of Storm Riders called the Skull Saders Ikki discovers a secret hidden from him by his benefactors, the Noyamano sisters.

Fist of the Blue Sky Read Fist of the Blue Sky Manga Online A mysterious man known as -the King of Death- roams the streets of pre-war Shanghai in this action-packed prequel to Fist of the North Star. Shanghai in the 1930s is a dangerous place. Foreign governments and Chinese factions have carved the city into different quarters, each with its own laws and government, and all rife with corruption. As the major powers vie for political control, the streets are left to local gangs. Life is cheap, and death is always near.

Fantasy Webcomic Comic Graphic Novel It’s finally time to present the submissions placed between the positions 13 and 25 of the Sandra and Woo and Gaia artwork contest. There are some great works of art to be seen here, partially thanks to the extension of the submission period. I would like to thank all artists who have submitted a drawing or other piece of art. Don’t forget to check out the first batch of submissions which I posted on Monday. Comics at Daily Kos (Click to enlarge) There were so many mind-blowingly illogical quotes in Roberts' McCutcheon v. FEC opinion, it was hard to pick just one for the cartoon. Another classic: "[Many people] would be delighted to see fewer television commercials touting a candidate’s accomplishments or disparaging an opponent’s character,” he wrote.

Engaging The Enemy Truth or Dare—Page 9 Now, now, Tsunami… We just had a big leap forward in the number of new folks joining our Patreon campaign in the last couple days so we’re now at $7918/month over at the Patreon Page! That means we’re less than $90 away from unlocking the fully nude, Full Monty Tsunami painting by Marccus! Here’s the SFW headshot: Engaging The Enemy Flyboy Bonus Comic—Page 16 Yeah, dude, what the hell? Over at the Patreon Page, $5+ Patrons got to see a very special image on Sunday: Adam’s pencils for Flyboy’s very first kiss! And it’s with somebody you all know.

Favourite comic ever... of all time. by literographer Dec 11

i know...i have been checking to see what else u have by tagruz Sep 3