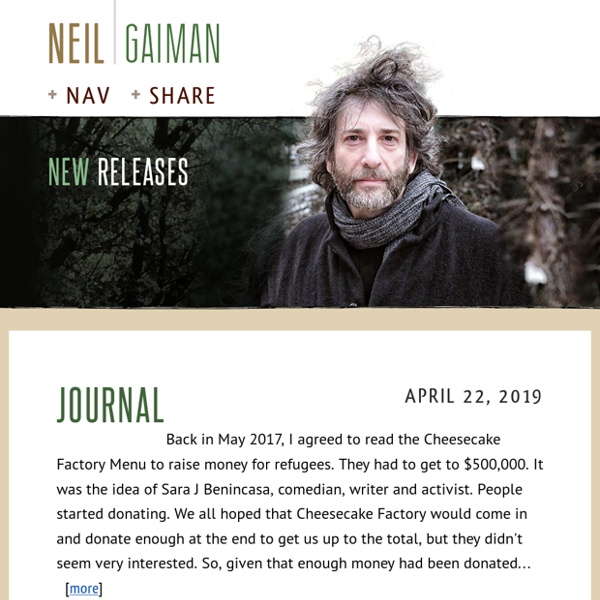 a Right-Brained Writing Prompt...Serendipitous Character Descriptions Ways to replicate this interactive prompt without using technology: It's simple; make three columns on your whiteboard or chalkboard or on chart paper, labeling them adjective, character, and phrase. Write four or five adjectives, characters, and phrases (borrowed from the button game above) to give your students a model; then, have your students work in pairs to create more words and phrases that could go in each column. When students share their ideas out loud, record the very best ones on the classroom chart. With a chart created, tell students they are to all create an original character by choosing an adjective, character, and phrase that are in different rows.

Where to Submit Short Stories: 25 Magazines and Online Publications Before you submit your work, run it through a grammar checker! Here are several grammar checkers to choose from. Not sure where to send those great short stories you’ve written? As with writing contests and residencies, sometimes it can be hard to know where to begin.

Haruki Murakami Most authors don't write simultaneous futuristic thrillers and pastoral fantasies about people with slashed eyes. Most authors don't write about chains of events set off by a missing cat. Most authors don't write about 15 year-old Oedipuses.Most authors are not Haruki Murakami.Murakami's works include twelve novels, dozens of short stories, an autobiography, and a non-fiction book of essays and interviews exploring a terrorist attack on Tokyo's subways that occurred in 1995. He achieved literary super-stardom in Japan with the publication of Norwegian Wood, but opinion is very much divided among the Japanese literary community whether he is a genius or a purveyor of somewhat odd popular fiction. His fans say, why not both?

Start Here: How to Get Your Book Published It’s the most frequently asked question I receive: How do I get my book published? This post is regularly updated to offer the most critical information for writers new to the publishing industry, and to provide a starting point for more fully exploring what it means to try and get meaningfully published. If you’d like an in-depth guide on how to get your book published, consider my book, Publishing 101: A First-Time Author’s Guide.For a full-length course, see my 24-lecture series with The Great Courses, How to Publish Your Book.Also, see my recommended guides on writing and publishing. This post focuses on traditional publishing. In a traditional publishing arrangement, the publisher pays you for the right to publish your work for a specific period of time. Traditional publishers assume all costs and pay the author an advance and royalties.

Writing Emotionally Layered Dialogue (Note: This article is not one that can be read breezily. I'm going to deconstruct a piece of great dialogue line by line, and label every technique that's employed. There's much to be learned by doing so, but it requires focus. Rosencrantz and Guildenstern - Wikipedia Shakespeare's Hamlet[edit] The majority of characters in Hamlet have classical names, in contrast to the "particularly Danish" ones of Rosencrantz and Guildenstern. The names were common in the court of Frederick II and Christian IV, and also at the University of Wittenberg, an institution where Hamlet is mentioned as having studied (he refers to them as "my two schoolfellows").[3]

Carly Watters, Literary Agent This is the social media elephant in the room. You don’t query in a vacuum. If you write a query letter and an agent is intrigued (congratulations!) the next thing an agent does is Google you or click on the links in your signature to see where it takes us. A writer’s virtual footprint is their resume at that point.

When the stories add up: the six narrative arcs in fiction Classic narratives. From Cinderella, 1950. Photo by Rex Features In recent years, literature has been getting attention from an unusual quarter: mathematics. Alongside statistical physicists analysing the connections between characters in the Icelandic sagas, and computer scientists exploring the life and death of words in English fiction, a team of mathematicians at the University of Vermont have now looked at more than 1,000 texts to see if they could automatically extract their emotional arcs. And their results show something interesting, not just about narratives, but also about using this approach to study literature.