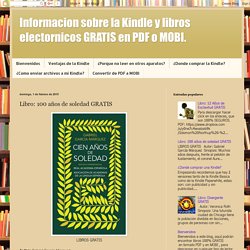 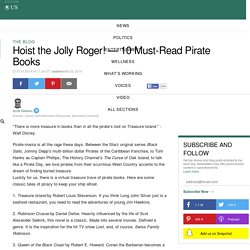 Pirate-mania is all the rage these days. Between the Starz original series Black Sails, Johnny Depp’s multi-billion dollar Pirates of the Caribbean franchise, to Tom Hanks as Captain Phillips; The History Channel’s The Curse of Oak Island, to talk like a Pirate Day, we love pirates from their scurrilous West Country accents to the dream of finding buried treasure. A general history of the pyrates: from their first rise and settlement in the Island of Providence, to the present time. Baltic Connections: Home. The New York Public Library. Every year during Banned Books Week, libraries around the country take the opportunity to acknowledge that censorship is still a problem in the United States. 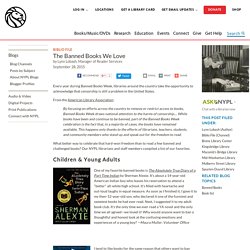 From the American Library Association: By focusing on efforts across the country to remove or restrict access to books, Banned Books Week draws national attention to the harms of censorship.... While books have been and continue to be banned, part of the Banned Books Week celebration is the fact that, in a majority of cases, the books have remained available. 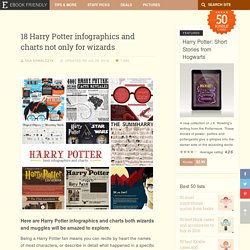 Being a Harry Potter fan means you can recite by heart the names of most characters, or describe in detail what happened in a specific chapter in a specific book from the series. But are you sure you know absolutely everything about Hogwarts? This list of visuals will let you quickly check this out. From all over the web we’ve collected the most magical visuals describing the world of Harry Potter. You’ll find here the infographics with lots of facts and numbers about books and movies – but not only. Fun charts that refer to sometimes very specific topics are also included. Click on each image to see it in full resolution. 25 books for the hardcore reader. 50 short books for busy people. Here are the novels, short stories and non-fiction books that will perfectly fit into your busy life. 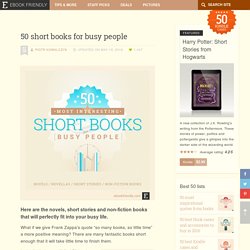 What if we give Frank Zappa’s quote “so many books, so little time” a more positive meaning? There are many fantastic books short enough that it will take little time to finish them. In the list below you’ll find 50 books we found most interesting. 50 short books for busy people. 6 reasons why you should start reading short stories. Short stories have many benefits that make them a great read in the digital times. 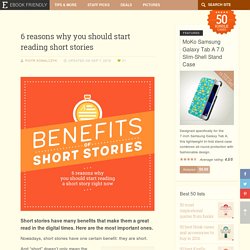 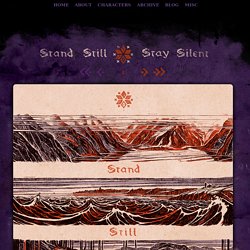 Free public domain audiobooks. Mallory Ortberg, Author at The Toast. I Love Girl. I am Oog. 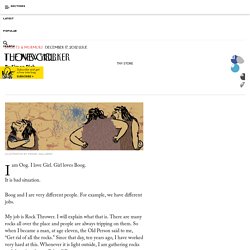 I love Girl. Girl loves Boog. It is bad situation. Boog and I are very different people. For example, we have different jobs. My job is Rock Thrower. Boog’s job is Artist. I love Girl. Girl lives on Black Mountain. I have been working on Girl’s path for many years, picking up the black rocks and carrying them away. Download - A Ball of Beasts. The Complete Works of William Shakespeare. Baixar Bons Livros: O Rei de Ferro (Os Reis Malditos 1)-Maurice Druon. 23 Contemporary Writers You Should Have Read by Now  A Medieval Miscellany - Margaret Wade Labarge - Google Books. HARLEY QUINN 2013. 15 livros para você se sentir menos órfão de Harry Potter. The Ear, the Eye, and the Arm: Nancy Farmer: 9780545356619: Amazon.com: Books.

ALL LEATHER MUST BE BOILED — A new reader–friendly combined reading order for A Feast for Crows & A Dance with Dragons. NB: This post is intended for readers who have not read Feast or Dance yet. 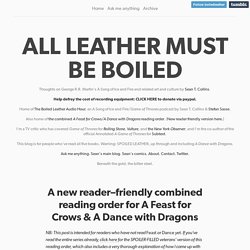 If you’ve read the entire series already, click here for the SPOILER-FILLED veterans’ version of this reading order, which also includes a very thorough explanation of how I came up with it, plus an ongoing list of updates and tweaks made to the order. Are you reading A Song of Ice and Fire for the first time? Have you heard that volumes four and five, A Feast for Crows and A Dance with Dragons, cover the same time period but split up the characters, so that most of the people who appear in Feast don’t show up in Dance and vice versa?

A FEAST WITH DRAGONS - The combined read of A Feast For Crows and A Dance With Dragons. Carry On by Rainbow Rowell. Soyga: the book that kills. There is a book which is a faithful representation of the Universe.Borges would have loved its story. 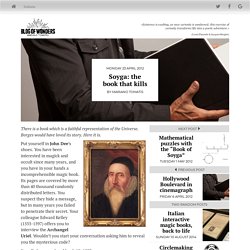 Here it is. Put yourself in John Dee’s shoes. You have been interested in magick and occult since many years, and you have in your hands a incomprehensible magic book. Its pages are covered by more than 40 thousand randomly distributed letters. You suspect they hide a message, but in many years you failed to penetrate their secret. It really happened on March 10, 1582. London, Mortlake District. John Dee: “Ys my boke, of Soyga, of any excellency?” Speaking through Kelley, Uriel replies: Uriel: “Liber ille, erat Ada[m]e in Paradiso reuelatus, per Angelos Dei bonos.”

The dialogue between Dee (signing himself with a delta letter) and VR (Uriel)taken from the Spiritual Diaries written by the alchemist. The Archangel speaks in Latin, explaining that the pages of the books are special: they were revealed to Adam by the “good angels of God” in the garden of Eden. Faq - comicbooks. Free eBooks and Best Sellers.