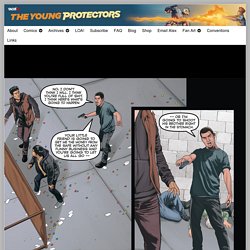 Over at the Patreon Page, $5+ Patrons got to see a very special image on Sunday: Adam’s pencils for Flyboy’s very first kiss! And it’s with somebody you all know. Reactions so far have included: “Awww, this is so adorable I can’t even handle it!” , and “I cannot stop looking at this. Hehe. Here’s a sneak preview of that sneak preview: Mmm, popcorn… Over 1150 readers like you have already joined the fun. 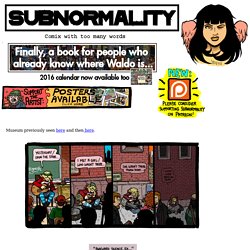 Shiver Bureau - A ghostly adventure comic. Supernormal Step - Magic, Face Punching, and a Robot or Two. ShootAround, List1. Or, the baker's apprentice. Fantasy Webcomic Comic Graphic Novel. It’s finally time to present the submissions placed between the positions 13 and 25 of the Sandra and Woo and Gaia artwork contest. 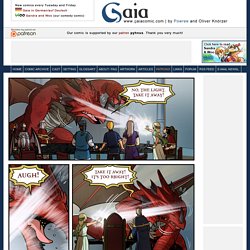 There are some great works of art to be seen here, partially thanks to the extension of the submission period. I would like to thank all artists who have submitted a drawing or other piece of art. Don’t forget to check out the first batch of submissions which I posted on Monday. Please show your support by visiting the artists’ websites and writing a comment in the comment section of this blog post! Michael Masukawa (website) This submission by Michael is not actually in the top 25. The Last Halloween. Octopus pie. The General Problem. Sam and Fuzzy. Court - By Tom Siddell. Engaging The Enemy Truth or Dare—Page 9. Now, now, Tsunami… We just had a big leap forward in the number of new folks joining our Patreon campaign in the last couple days so we’re now at $7918/month over at the Patreon Page! 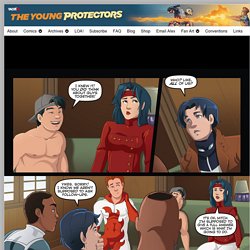 That means we’re less than $90 away from unlocking the fully nude, Full Monty Tsunami painting by Marccus! Here’s the SFW headshot: If we hit $8000/month, $5+/month Patrons will get to download a wallpaper revealing his whole body in all its muscular, tattooed Full Monty glory and if we hit $8250/month, I’ll post up a link to another wallpaper which adds a beautiful background to show the context of why the big guy is naked (and, trust me, it really is quite pretty and adds a lot to the painting.) And if we hit those Milestone Goals, $10+ Patrons will get sent high-res versions of both images once their payments are processed at the end of the month. Marccus has done a beautiful job rendering our grumpy, but oh so sexy water bender. Over 1090 of you have already become Patrons in the last few months.

Nurstoons « Nursing Humor Cartoons. Gaysome! webcomic - Humor gay en español. Adventures In Gay. Adventuresingay: See the full video here: MY COMING OUT STORY So just to clarify the above gif set (as per some questions and comments I received) In reference to the images above, the implication was not to suggest that one group of individuals is any better or worse than any other, nor even different. 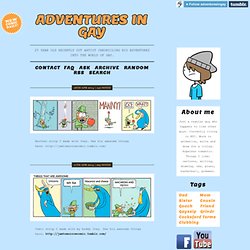 However, we are each born into this world with inherent properties out of our control, properties to which the world around us does behave and react differently towards in accordance with a larger social and economic construct. In the context of my coming out video, the phrase “being gay isn’t normal, it’s special” came in the run of a larger dialogue specifically in reference to my sexuality and it’s influence on my artistic career and endeavors.

The two most important aspects of being an artist are; Honesty and a unique point of view. An Online Graphic Novel by Daniel Lieske - Chapter 1 - The Last Day Of School - StumbleUpon. Copper. Order the Copper book from Amazon | B&N | Indiebound | Scholastic. 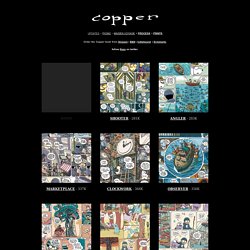 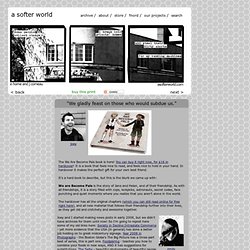 You can buy it right now, for $16 in hardcover! It is a book that feels nice to read, and feels nice to hold in your hand. In hardcover it makes the perfect gift for your own best friend. It’s a hard book to describe, but this is the blurb we came up with: We are Become Pals is the story of Jane and Helen, and of their friendship. Toonbag - Business Cartoons Office Cartoons Computer Cartoons Family Cartoons Doctor Cartoons - StumbleUpon. The End » Updates Tuesdays! Comics at Daily Kos. (Click to enlarge) There were so many mind-blowingly illogical quotes in Roberts' McCutcheon v. 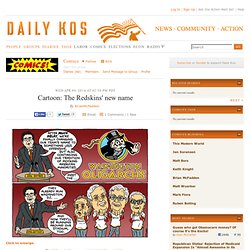 FEC opinion, it was hard to pick just one for the cartoon. By David Willis - Buckets of Blood. Wizard School - Wizard School Issue #12 Page #3. S*P and Other Comics.