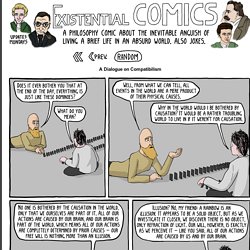 Ambiguity Woman. Ambiguity Woman The only thing more unrealistic than absolute moral systems is her proportions Didn't get the joke? 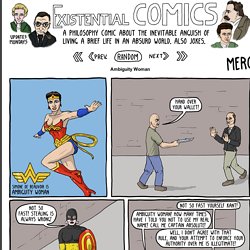 This comic is about Simone de Beauvoir's The Ethics of Ambiguity, which is an existentialist account of how we can behave morally, written in many ways after the horrors that Beauvoir witnessed in the face of Nazism. She lays out her criticisms of absolutist systems, political systems of control, and people who deny their own freedom or the freedom of others. I highly recommend the Stanford Encyclopedia article on it. 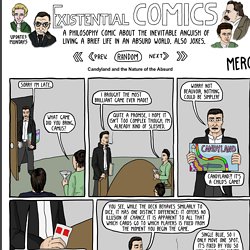 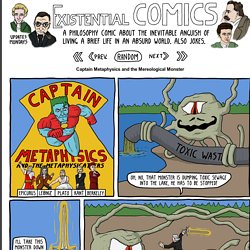 Mereology is the study of how parts relate to their whole. Mereological Nihilism, the view expressed by the monster, it is the belief that there is no "whole" per se, only the parts actually exist. Existential Cooking. Existential Cooking Up next, Nietzsche will explain why all pastries are actually built on ressentiment. 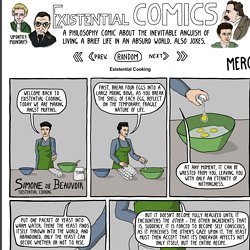 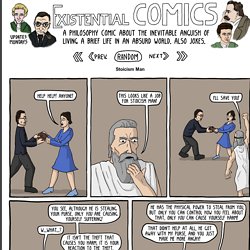 I really loved that purse. " "Woman's love involves injustice and blindness against everything that she does not love... Woman is not yet capable of friendship: women are still cats and birds. Or at best cows... " Didn't get the joke? Stoicism Man is Zeno of Citium, founder of Stoicism, a school of thought in ancient Greece that emphasizes living according to virtue, and accepting the things in the world that are beyond one's control. While Nietzsche admired the Stoics in some ways, he accused them of being a life-denying philosophy. Twelve Angry Philosophers. This comic is a parody of the classic film Twelve Angry Men. 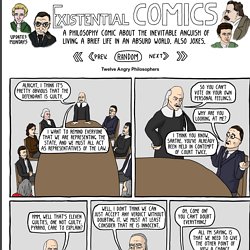 Here they are the jury for Socrates, when he was convicted of corrupting the youth of Athens, and sentenced to death. Hobbes's philosophy is largely based around why people should obey the law of the land that they are in. His justification is basically that because they stay in the state voluntarily, and the benefit from its security and infrastructure, they have entered in to an implicit social contract to obey its laws. This is somewhat similar to the explanation that Socrates himself gave of why he must accept the death penalty.

Pyrrho was an ancient skeptic that believe you should not commit to any one view, since you can never be completely certain of anything. Descartes is best known of his "methological doubt", where he attempts to doubt everything. Camus said that in his novel The Stranger two murders were committed - one by Meursault, and one by the State. Bentham and Kant were pretty much filler characters.