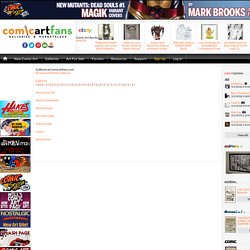 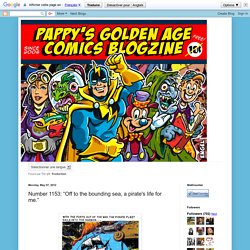 It didn't work. Pirates Comics, published by Hillman in 1950, sank to Davy Jones' Locker after four issues. The first issue had a couple of nicely illustrated stories by artist Mike Suchorsky, which I'm posting here.* Suchorsky is an artist whose history I've found difficult to research. Google Mike Suchorsky and you come up with a current musician (and who knows, he could be a relative of the comic book Suchorsky), but information on the earlier Suchorsky is sparse. Here's what I remember from my reading over the past few years: Suchorsky worked in comic books in the '40s and early '50s, before being killed in a boating or fishing accident.

SEBASTIAN FIUMARA. Super-Anniversaries-Infographic.jpg (JPEG Image, 1000 × 5170 pixels) - Scaled (19%) Comic Art Community GALLERY OF COMIC ART. Artcoholics.net. My Comic Shop. Comic Books: Buy, Sell, Trade, Consign, Collect. Grand Comics Database. Cadence Comic Art: Original Comic Art. Amalgams by EricGuzman on DeviantArt. How Do I Get Into Comics? - A Simple Guide For Those New To Comics. “How do I get into comics?” 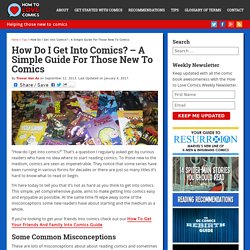 That’s a question I regularly asked get by curious readers who have no idea where to start reading comics. To those new to the medium, comics are seen as impenetrable. They notice that some series have been running in various forms for decades or there are just so many titles it’s hard to know what to read or begin. I’m here today to tell you that it’s not as hard as you think to get into comics. This simple, yet comprehensive guide, aims to make getting into comics easy and enjoyable as possible.

If you’re looking to get your friends into comics check out our How To Get Your Friends And Family Into Comics Guide. Some Common Misconceptions These are lots of misconceptions about about reading comics and sometimes these uninformed facts stop potential comic readers diving into the medium – which is a real shame. You Have To Start At Issue #1 Jumping into the middle of a comic book series is a little like turning on the TV and watching the 2nd half of a movie. 1. Nathan Szerdy Art. Capes et Bulles - Glossaire. DC.Comics. 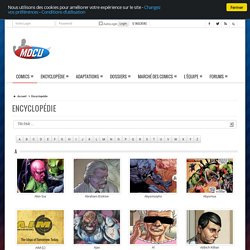 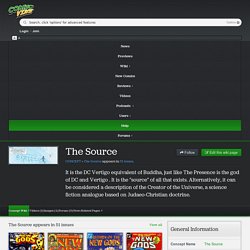 Its realm is the source wall, which is at the edge of the DC multiverse, which traps all those who attempt to pass beyond it. DC Comics has kept the Source out of the main continuum of its story telling; therefore, not much is known concretely about its many aspects. Death of New Gods (version) The Source was attacked by three elder gods of the third world and was split in two, one being The Source and is the light side, the other is the Anti Life Entity. After that, The Source plotted to remake the forth world for it though it to be flawed. Original The Source originally is fully omnipresent, omniscient, and nigh omnipotent. Source Wall (Location) What is the Source Wall? 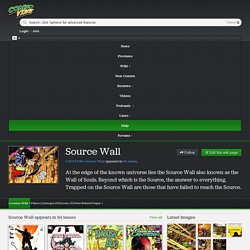 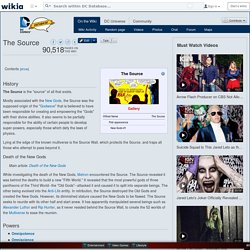