Book of Mormon by Michael Allred: The Golden Plates. Amar Chitra Katha: India’s Immortal Comics « books NOT borders. July 24, 2009 by aedwright In North America, there is Marvel and DC Comics, but in India there is Amar Chitra Katha (ACK). 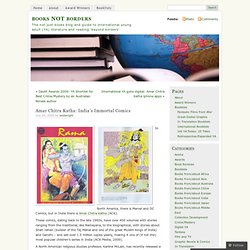 These comics, dating back to the late 1960s, have over 400 volumes with stories ranging from the traditional, like Ramayana, to the biographical, with stories about Shah Jahan (builder of the Taj Mahal and one of the great Muslim kings of India) and Gandhi – and sell over 1.5 million copies yearly, making it one of (if not the) most popular children’s series in India (ACK Media, 2009). A North American religious studies professor, Karline McLain, has recently released a book all about these comics called, India’s Immortal Comic Books — a title that was just profiled in an article, ‘The Legacy of Amar Chitra Katha‘, from Business World (one of India’s most popular business magazines). THE 99. Prophet Muhammad Illustrated - Home. Peta's comic book for kids shows mom happily stabbing a rabbit on the cover - Kansas City Pets. What can I even say about this comic book cover? 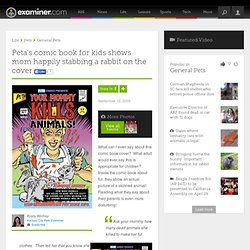 What adult would ever say this is appropriate for children? Inside the comic book about fur, they show an actual picture of a skinned animal! Reading what they say about their parents is even more disturbing! Ask your mommy how many dead animals she killed to make her fur clothes. Then tell her that you know she paid men to hurt and kill the animals. Can you believe that? I thought the unhappy meals went too far but this is just beyond too far. Yes, the fur industry is disgusting and cruel. The people over there at Peta have some definite mental problems. I understand being passionate about animal welfare, and I am. Peta, why not just teach children how to be kind instead of show them the cruelties of the world that they, as children, can do nothing to change. 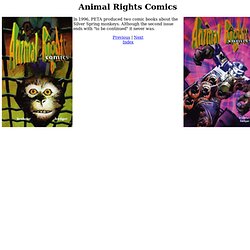 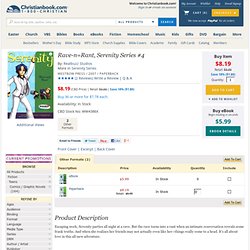 But the rave turns into a rant when an intimate conversation reveals some frank truths. And when she realizes her friends may not actually even like her--things really come to a head. It's all about love in this all-new adventure. Realbuzz Studios ™, "The World's Premier Inspirational Manga™" is an innovative media content company. Manga Metamorphosis: Is This the End of Your World or the Beginning? (Manga Book #2-Acts and Epistles): Bud Rogers, Brett Burner: 9781414316826. The team that brought you the breakthrough Manga Messiah illustrated novel is back with Manga Metamorphosis! 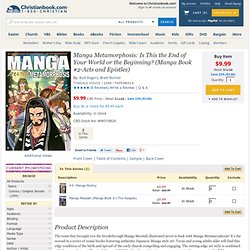 It's the second in a series of comic books featuring authentic Japanese Manga style art. Teens and young adults alike will find this edgy rendition of the birth and spread of the early church compelling and engaging. The cutting-edge art style is combined with fast-paced storytelling to deliver solid biblical truths, making it a great way to introduce anyone to the Bible. Harry Polarity and the Sinister Sorcery Satire. Manga Messiah (Manga Book #1-The Gospels): New Life League: 9781414316802.

Manga MessiahManga (Japanese for "comics") Messiah is a Bible for comic book and anime lovers of all ages. 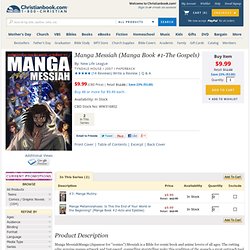 The cutting edge genuine manga artwork and fast-paced, compelling storytelling make this rendition of the gospels a great outreach tool for a segment of culture that isn't always easy to reach.Manga MetamorphosisThe team that brought you the breakthrough Manga Messiah illustrated novel is back with Manga Metamorphosis! It's the second in a series of comic books featuring authentic Japanese Manga style art. Teens and adults alike will find this edgy rendition of the birth and spread of the early church compelling and engaging. 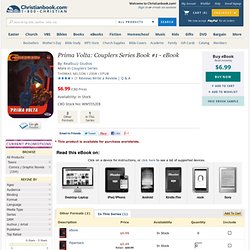 The Adventures of Rabbi Harvey: Steve Sheinkin: 9781580233101. * This product is not available for expedited shipping. 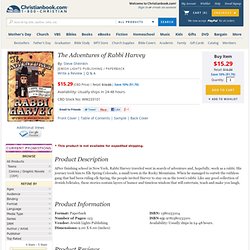 AFter finishing school in New York, Rabbi Harvey traveled west in search of adventure and, hopefully, work as a rabbi. His journey took him to Elk Spring Colorado, a small town in the Rocky Mountains. When he managed to outwit the ruthless gang that had been ruling elk Spring, the people invited Harvey to stay on as the town's rabbi. Goofyfoot Gurl #3: Come and Play!: Realbuzz Studios: 9781595543912. Chiggers: Hope Larson: 9781416935872. * This product is not available for expedited shipping. 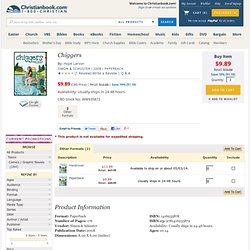 Abby is back at the same old camp she goes to every summer -- except for the fact that this summer, nothing is the same. Her friend Rose is a cabin assistant, her friend Beth is pierced, and now the only person who doesn't seem too cool for Abby is Shasta, the new girl. Shasta, who was struck by lightning, whose Internet boyfriend is a senior in high school, and who is totally annoying to everyone but Abby.... Hope Larson is the author of Who Is AC? And the author-illustrator of Mercury, Chiggers, Gray Horses, and Salamander Dream, which Publishers Weekly named one of 2005's best comics. 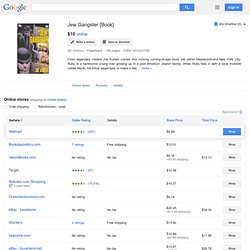 Comics Haggaddah by Shay Charka, Modan Publishing House. Comics Haggaddah Add to List + Be the first to write a review See more details below Eligible for FREE SHIPPING details. The Illustrated Gospel For Children: Jean-Francois Kieffer, Christine Ponsard: 9781586175115. The Action Bible New Testament (Paperback. The truth and power of God’s Word comes vividly to life in a high-quality, full-color, graphic-novel style New Testament especially for today’s visually focused culture. In this New Testament edition of the bestselling Bible,The Action Bible, kids ages 9 to12, and adults who love graphic novels, encounter scripture in a fresh way as the people, events, and emotions it shares are visualized in 67 New Testament stories.

Sergio Cariello offers years of talent and expertise as a graphic novel illustrator for top comic book companies to create contemporary art that speaks to children today. And careful attention to scriptural accuracy ensures a complete and trustworthy biblical overview. It provides a meaningful way for parents, grandparents, teachers, and church ministries to spark a connection with and love for God’s Word. Sergio Cariello displayed his gift for art from early childhood, when his pictures decorated anything he could find from napkins to church bulletins. Prison to Praise Christian comic book 1974. India's Immortal Comic Books: Gods, Kings, and Other Heroes, (0253220521), Karline McLain. Comic Book Bible by Rob Suggs, Barbour Publishing, Incorporated. I Did It His Way: A Collection of B.C. Religious Comic Strips [Book] Hindu comic book.

15 Awful Examples of Christian Propaganda. As with any religion, Christianity has its fair share of extremists and misguided followers. As evidence of this claim, here are 15 ridiculous (and funny) examples of bad Christian propaganda: Throughout the 1970s, Archie and the gang were provided to Spire Christian Comics to deliver a series of overtly Christian morals. Learn more about Archie Christian Comics here. (source) Here’s another non-Archie Spire Christian Comic. The author of this book uses rather dubious statistics to try and convince the reader that homosexuals are serial killers.

Here’s a coloring book that teaches intolerance of other religions. I don’t really get the relationships between Hitler and pre-marriage sex, but if the poster says it, then it must be true! Now I can’t listen to rock and roll? This looks like an accurate depiction. From the Author of, “If God Loves Me, Why Can’t I Get My Locker Open?” Note that Jesus shreds without shoes. Religion and Comic Books: Links. Religious comics. Comic List. Church Mice » A Christian Cartoon by Karl Zorowski.