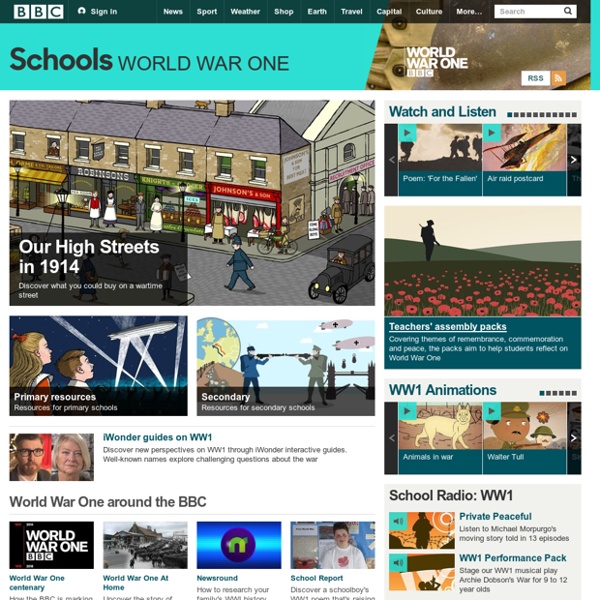 World War I Centennial: German Newspapers Beat the War Drums The First World War was an unprecedented catastrophe that killed millions and set the continent of Europe on the path to further calamity two decades later. But it didn’t come out of nowhere. With the centennial of the outbreak of hostilities coming up in August, Erik Sass will be looking back at the lead-up to the war, when seemingly minor moments of friction accumulated until the situation was ready to explode. March 2, 1914: German Newspapers Beat the War Drums “Two years ago there was hesitation, but now it is said openly even in official military journals that Russia is arming itself for a war against Germany,” the Kölnische Zeitung (Cologne Gazette) warned its readers in a hair-raising article, “Russia and Germany,” published on March 2, 1914. Vast and backward, Russia was already a bogeyman across the German political spectrum. Meanwhile a number of German newspapers, all sympathetic to the military, amplified the message with warnings of their own.

Opinion: The mighty women of World War I Some 100 years ago, a woman in Pittsburgh or St. Denis in France or Petrograd, Russia, might have awakened at dawn, while her young children slept, to prepare for her first shift at a nearby munitions factory. Her husband, off fighting in World War I, had left her to test the limits of her own physical ability, as she provided food, shelter, warmth for her family, sometimes confronting great physical danger at work -- perhaps, for example, hanging suspended to load powerful explosives into the shells that other women had produced. When her work day was done, she went looking for food to buy, often standing in line for hours for scarce basic goods, scrounged for hard-to-come-by fuel to feed the furnace and cooked dinner. A century ago, as nations and empires began mobilizing to send 65 million men to war, millions of women across the globe moved to fill in the holes created in civilian society. They would serve directly on the battlefields as nurses and ambulance drivers and cooks.

Gallipoli The Gallipoli Campaign (Battle of Gallipoli) was one of the Allies great disasters in World War One. It was carried out between 25th April 1915 and 9th January 1916 on the Gallipoli peninsula in the Ottoman Empire. The doomed campaign was thought up by Winston Churchill to end the war early by creating a new war front that the Ottomans could not cope with. On November 25th 1914, Winston Churchill suggested his plan for a new war front in the Dardanelles to the British government’s War Council. Churchill’s idea was simple. The Turks had joined the Central Powers in November 1914 and they were seen by Churchill as being the weak underbelly of those who fought against the Allies. Churchill had contacted Admiral Carden – head of the British fleet anchored off of the Dardanelles – for his thoughts on a naval assault on Turkish positions in the Dardanelles. There is confusion as to what was decided at this meeting of the War Council. “It was not my business. The ANZAC’s landed at Anzac Cove.

U.S. Department of Labor -- Brief History of DOL - Start-up of the Department and World War I, 1913-1921 Chapter 1: Start-up of the Department and World War I, 1913-1921 The bill establishing the Department of Labor was signed on March 4, 1913, by President William Howard Taft, the defeated and departing incumbent just hours before Woodrow Wilson took office. Although Taft had misgivings about creating a new Cabinet-level Department, he realized that the new Congress and new President would surely reenact it if he did apply a veto. A Federal Department was the direct product of a half-century campaign by organized labor for a "Voice in the Cabinet." Also, the Department was an indirect product of the Progressive Movement of the early 1900s which promoted the achievement of better working conditions, conservation of natural resources and a host of other goals through both private and government action. Initially the Department consisted of four preexisting bureaus of the old Department of Commerce and Labor. Woodrow Wilson's appointee as the first Secretary of Labor was William B.

Stone Age teaching resources from the UK’s museums © Creswell Crags Stone Age teaching resources from the UK’s museumsA virtual Stone Age We love Virtually The Ice Age, the online learning resource from Creswell Crags (see photo above), where pupils can discover more about the Stone Age, including: Stone Age people, archaeology and excavation techniques, and the natural world. Don’t miss Could You have Survived The Ice Age? section with a quiz and more info about Stone Age art, camp sites and the tools Stone Age people used. Great images used too. More photos of Stone Age objectsExplore more Stone Age objects in the British Museum’s online collection. Show Me…Prehistoric Britain Our kids’ site Show Me has a Prehistory section with Stone Age-related activities and other resources for your class.The latest is a National Museums Scotland make your own wolf mask activity with a link to resources on author Michelle Paver’s Chronicles of Ancient Darkness book series.

World War I (1914–1919): Overview World War I took place between 1914 and 1918. Although the conflict began in Europe, it ultimately involved countries as far away as the United States and Japan. At the time, the English-speaking world knew it as the “Great War”—the term “World War I” was applied decades later. Historians still actively disagree over the fundamental causes of the war. The period leading up to the war was a complex tangle of diplomacy and political maneuvering—many countries debated over strategies and alliances until nearly the last minute—and the first few weeks of the conflict were similarly chaotic and confusing. However, historians agree nearly unanimously about the war’s consequences: World War I led almost directly to World War II and set the stage for many other important events in the twentieth century. Political tensions ran high in early twentieth-century Europe. At the same time, technological and industrial developments in Europe were advancing with unprecedented speed.