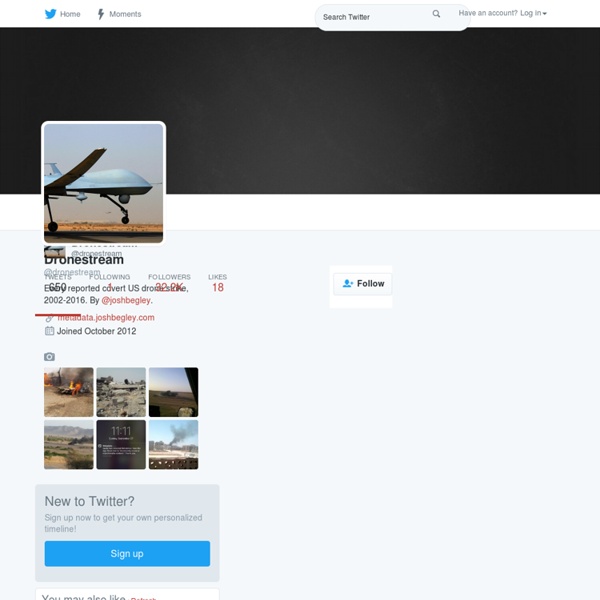 US: End CIA Drone Attacks (Washington, DC) – The US government should transfer Central Intelligence Agency (CIA) command of aerial drone strikes to the armed forces and clarify its legal rationale for targeted killings, Human Rights Watch said today in a letter to President Barack Obama and in a questions and answers document. A dramatic increase in the use of CIA drone strikes underscores the need for the US to demonstrate that the CIA adheres to international legal requirements for accountability, Human Rights Watch said. “CIA drone strikes have become an almost daily occurrence around the world, but little is known about who is killed and under what circumstances,” said James Ross, legal and policy director at Human Rights Watch. “So long as the US resists public accountability for CIA drone strikes, the agency should not be conducting targeted killings.” About 40 other countries currently possess basic drone technology, and the number is expected to expand significantly in coming years.

A Dangerous Model As leaders from around the world gather this month for the Munich Security Conference, they should think about 10-year-old Dawlah Nasser Saleh of Yemen. Dawlah and her parents were among 12 civilians killed in a botched airstrike on Sept. 2 last year near their village in al-Bayda, a remote Yemeni province. An explosive intended for an alleged al Qaeda member struck the villagers’ van, setting it afire and flinging bodies from the vehicle. But there were no militants in the van, just farmers and their children. Farmers who saw the strike told Human Rights Watch that two aerial drones and two warplanes were flying overhead and that one of the planes carried out the deadly strike. But the only admission of responsibility for the killings came from anonymous US officials, who told The Washington Post that the US military carried out the attack with a drone or fixed-wing aircraft. On the face of it, targeted killings are an appealing counterterrorism technique.

Letter to Obama on Targeted Killings and Drones Dear President Obama, We write to ask that your administration provide greater clarity about its legal rationale for targeted killings, including the use of Unmanned Combat Aircraft Systems (drones), and the procedural safeguards it is taking to minimize harm to civilians. US history shows that once such a program is initiated, even if in response to a specific contingency like the threat posed by al Qaeda in Yemen, it generally becomes a permanent feature of the national security landscape. You will not be the last US president to claim the authority to conduct such strikes. And the United States is not the only country in the world with the ability and motivation to kill its enemies beyond its borders. Your administration has dramatically expanded the use of targeted killings outside of traditional battlefields following the attacks of September 11, 2001. Human Rights Watch recognizes that the US government has a responsibility to respond to national security threats. Sincerely,