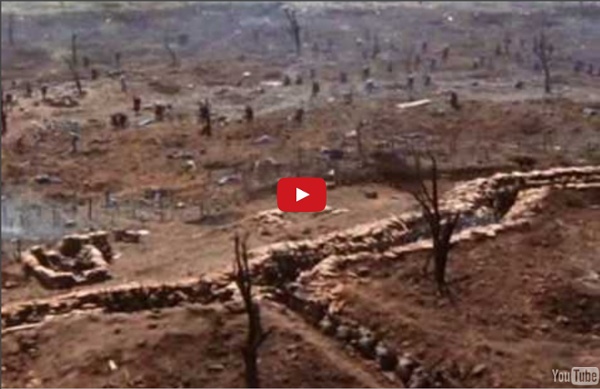 Life in the Trenches Life in the trenches during the First World War took many forms, and varied widely from sector to sector and from front to front. Undoubtedly, it was entirely unexpected for those eager thousands who signed up for war in August 1914. A War of Movement? Indeed, the Great War - a phrase coined even before it had begun - was expected to be a relatively short affair and, as with most wars, one of great movement. First World War Origins The First World War was caused by the destabilisation of the balance of power in Europe due to the rise of Germany. The war began in 1914 when Austria-Hungary invaded Serbia because of the assassination of an archduke. BBC Schools - Life in the trenches 31 October 2014Last updated at 15:07 Two British soldiers standing in a flooded communication trench during World War One On the Western Front, the war was fought in trenches. Trenches were long, narrow ditches dug into the ground where soldiers lived all day and night.

In the trenches of 1914-1918 What were the trenches? Although most of us think primarily of the Great War in terms of life and death in the trenches, only a relatively small proportion of the army actually served there. The trenches were the front lines, the most dangerous places. But behind them was a mass of supply lines, training establishments, stores, workshops, headquarters and all the other elements of the 1914-1918 system of war, in which the majority of troops were employed. The trenches were the domain of the infantry, with the supporting arms of the mortars and machine-guns, the engineers and the forward positions of the artillery observers.

Anzac Day - Anzac Day Anzac Day occurs on 25 April. It commemorates all New Zealanders killed in war and also honours returned servicemen and women. The date itself marks the anniversary of the landing of New Zealand and Australian soldiers – the Anzacs – on the Gallipoli Peninsula in 1915. The aim was to capture the Dardanelles, the gateway to the Bosphorus and the Black Sea. At the end of the campaign, Gallipoli was still held by its Turkish defenders. Thousands lost their lives in the Gallipoli campaign: 87,000 Turks, 44,000 men from France and the British Empire, including 8500 Australians. Life In The Trenches There was nothing glamorous about trench life. World War 1 trenches were dirty, smelly and riddled with disease. For soldiers life in the trenches meant living in fear. In fear of diseases (like cholera and trench foot) and of course, the constant fear of enemy attack. Trench warfare WW1 style is something all participating countries vowed never to repeat and the facts make it easy to see why. Constructing WW1 Trenches

The Anzac landing at Gallipoli The Anzac landing: overview Why did theAnzacs land? 25 April 1915: Anzac Cove, Gallipoli Historians still debate whether the Anzac troops were landed at the correct place. WW1 Battlefields of the Western Front The long line of battlefields that makes up the Western Front runs through a wide variety of landscapes in south-west Belgium, north-eastern and eastern France. The battle lines wind their way across the countryside from the sand dunes and flat, reclaimed sea level land on the Belgian coast in the north, to the mountain peaks at 1,400 metres (4,500 feet) above sea level in the Vosges mountain range at its southern end. From a geographical point of view the range of landscapes on which the Western Front battlefields were established include sand, clay, chalk and rock, rivers, canals, valleys and cliffs, ridges and mountains, plains, forests and swamps. When visiting the battlefields it can be seen how the geological make-up of the ground and the peculiarities of the landscape inevitably played a major part in influencing strategy, tactics, development of new weaponry and fighting techniques in the battles of the Western Front. Map of the 1914-1918 Western Front Battlefields Antwerp

Front Line: Life in the Trenches of WWI If you were a soldier fighting in the First World War, what would you see? What would you hear? With only 20 WWI veterans left in the world, fewer and fewer people are able to answer these questions with certainty. For everyone else, there's Front Line. Front Line is a website devoted to the trench experience of the First World War. We detail the sights one would see, and the experiences that one might undergo.

Search the collection Changes to viewing our records The Archives has changed how we display digitised records. View the records as single or multiple pages; enlarge more easily; and share with your social networks. If experiencing issues please press 'CTRL+F5' on your keyboard to refresh the page. Battle of Gallipoli - World War I With World War I stalled on the Western Front by 1915, the Allied Powers were debating going on the offensive in another region of the conflict, rather than continuing with attacks in Belgium and France. Early that year, Russia’s Grand Duke Nicholas appealed to Britain for aid in confronting a Turkish invasion in the Caucasus. (The Ottoman Empire had entered World War I on the side of the Central Powers, Germany and Austria-Hungary, by November 1914.) In response, the Allies decided to launch a naval expedition to seize the Dardanelles Straits, a narrow passage connecting the Aegean Sea to the Sea of Marmara in northwestern Turkey. If successful, capture of the straits would allow the Allies to link up with the Russians in the Black Sea, where they could work together to knock Turkey out of the war.