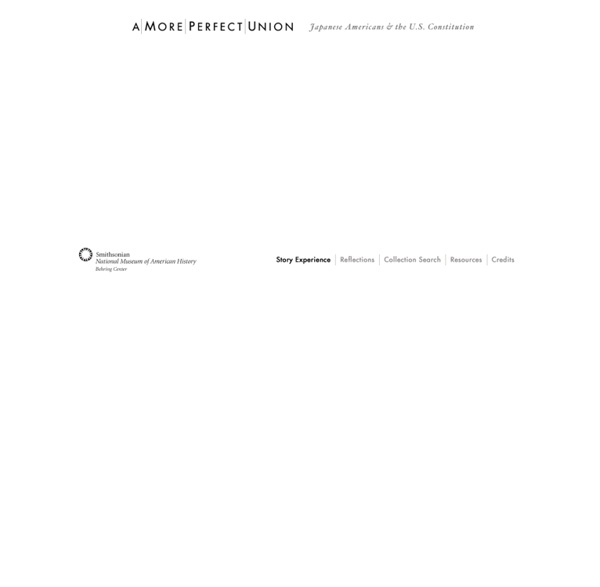 Drawing the Western Frontier: The James E. Taylor Album f the many photographic albums in the National Anthropological Archives, perhaps the most interesting and historically important is a scrapbook kept by an American illustrator, James E. Taylor (1839-1901). A professional artist, Taylor’s newspaper illustrations served to popularize stereotypes of the Western frontier during the post-Civil War years. Like other illustrators and writers of the period, he depicted Indian-White relations in terms of savagery versus civilization and encouraged Americans to visualize the nation’s Westward expansion in heroic terms. In many ways, Taylor’s professional legacy as a "reporter" is lodged between the technological juncture that existed between newspaper publishing and photography in the 19th century. Until the mid-19th century, stories carried by newspapers could not be illustrated and readers had to use their imagination based solely on textual descriptions. Browse the Taylor Album Image Gallery The James E. View the images View album pages:

MayflowerHistory.com Resources Help Teach 9/11 Lessons - High School Notes With the 10th anniversary of 9/11 a few days away, high school teachers who want to teach their students about the attacks have a few options. A number of organizations, including the National History Museum and the National 9/11 Pentagon Memorial Fund, have created websites to help educators discuss the significance of the attacks with students of all ages. While the terrorist attacks in New York City, Washington, D.C., and Pennsylvania that killed nearly 3,000 Americans can be a touchy subject, one teacher says her classes have never shied away from the subject. [Learn about post-9/11 graduate school programs.] "We stop and reflect every year," Dyane Smokorowski, an 8th grade teacher in Kansas, says. Today, Smokorowski's class, along with more than 90 other classrooms nationwide, is participating in a webcast about the attacks. "We don't want to hear about tragedies; we want to hear about what it means to have the human spirit overcome a crisis," she says.

aka KURDISTAN | INTRODUCTION The Treason Trial of Aaron Burr Never has an American trial produced such an impressive set of key players: the defendant-- Aaron Burr, founding father, Vice President, and slayer of Alexander Hamilton in their famous duel three years earlier; the trial judge--John Marshall, Chief Justice of the United States Supreme Court (and the most important justice in history); the force behind the prosecution--Thomas Jefferson, author of the Declaration of Independence and president of the United States; defense attorneys--Edmund Randolph and Luther Martin, both delegates to the Constitutional Convention and among the most prominent men of the day; prosecutors-- Charles Lee, former Attorney General, and William Wirt, future presidential candidate. The high-stakes treason trial of Aaron Burr came at an unstable time, both in Europe and in America. The United States seemed on the verge of a war with Spain, even as the Administration struggled to preserve neutrality. The Burr Conspiracy The Conspiracy Defeated The Trial

Learning Resources Exhibition Self-Guide Use this guide to enhance your visit! It highlights the service and sacrifice of generations of American men and women, provides an exhibit overview, and directs you to activity stations in the exhibition. This document is in PDF format and requires Adobe Acrobat Reader. For Visiting School Groups The Museum invites students to connect with people, ideas, and events of the past through an exciting array of standards-based programs. Gallery interpreters will be stationed throughout the exhibition and in a special interactive area in the War of Independence section on a regular basis For In-Classroom Learning The Price of Freedom: Americans at War teacher’s manual Supporting Videos and Individual Lessons Supporting Images and Worksheets Supporting Materials (8.8 MB Zip) Download creative and engaging strategies to help students learns how wars have been defining moments in both the history of the nation and the lives of individual Americans.

Image Archive on the American Eugenics Movement Cold Spring Harbor Laboratory's The Eugenics Archive utilizes Flash for enhanced search features, cross referencing, and interactive images created with Zoomifyer. Get the Flash plugin at Adobe.com. The Eugenics Archive will open in a new window. I prefer the original, HTML-only Eugenics Archive site, take me there. Eugenics Archive Blog Sterilization Laws Based on a task force recommendation, the North Carolina legislature is considering paying $50,000 to living individuals sterilized by the state against their will or without their knowledge. Examine the Chronicle of how society dealt with mental illness and other "dysgenic" traits in the final section of our website DNA Interactive.

The Duel | The Burr Conspiracy The Burr Conspiracy The soldiers from Ft. Stoddert, Louisiana Territory, captured the fugitive Aaron Burr on a February morning in 1807, on a muddy road near the hamlet of Wakefield. Burr's fall from grace seemed total. The former vice president, who had dressed as magnificently as any head of state, wore a battered beaver hat and ragged wool coat. The dandy who had charmed women by the score sported a scruffy crop of whiskers. Nearly 200 years later, the exact details of what became known as the Burr Conspiracy -- Aaron Burr's attempt to detach the Western states and the Louisiana Territory from the Union -- remain unknown. Burr cast his eyes on the newly acquired Territory of Louisiana. Burr would need manpower to accomplish his objectives. Despite his faults, Wilkinson represented a logical choice for Burr. In August 1804 the vice president contacted Anthony Merry, Britain's Minister to the United States. Still, problems remained.

What High School Taught Millennials About the War on Terrorism - Conor Friedersdorf The threat can be eliminated, the Patriot Act was uncontroversial, and Iraq had weapons of mass destruction. Reuters Some time ago, I got curious about what the high school kids are reading these days in history class. How have they been taught our shared past? As I flipped through the table of contents, pondering where to begin, I suddenly felt foolish, for I hadn't anticipated that the last chapter would be titled, "The War on Terrorism." Here is the first paragraph that I read: The terrorist attack on September 11, 2001, killed all 266 passengers and crewmembers on the four hijacked planes. That's a confusing way to compare the events for any student whose touchstone is Saving Private Ryan or Band of Brothers. But as I said, the book was published in 2003, and soon I began to fully realize what that meant. With that in mind, what followed was fascinating. Isn't that the sort of myopia historical study is supposed to gird us against? The style of writing here is remarkable.

Tales of Future Past It wasn't that long ago that we had a future. I mean, we have one now; the world isn't going to crash into the Sun or anything like that. What I mean is that we had a future that we could clearly imagine. The future wasn't tomorrow, next week, next year, or next century. A few years ago, people talked about building a bridge to the 21st century. Boy, were we off base. Still, there was a romantic innocence about the 20th century's view of the future. Welcome to EternityTravel.com What do we do? We give the discerning, God(s)-fearing ancient Egyptian consumer the tools and information to plan for a safe, speedy, comfortable trip to the afterlife. Here on EternityTravel.com, you can: rent or buy the perfect tomb schedule reliable mummification services purchase a quality mummy case and order all the necessary Eternity Extras … all in a few easy steps, with no lines or waiting! How does it work? The pharaoh has given you 3300 debens to spend on burial preparations. But, remember: the dangers of the underworld are everpresent, so read carefully and plan your journey wisely! All sales final — no returns!