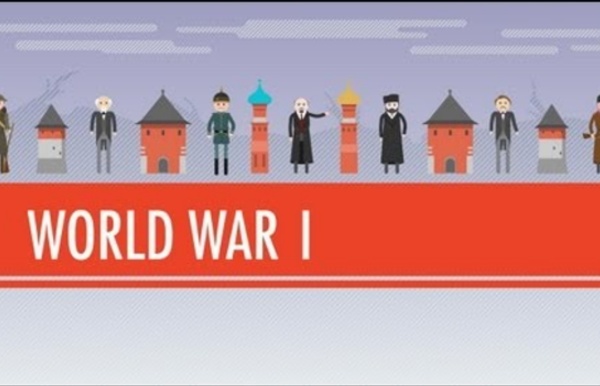 Hell in the Pacific One of the most bitter battle arenas of the Second World War, Pearl Harbor represented the trigger that led America into the greatest conflict ever recorded and the eventual liberation of the people of Asia and the Pacific. On the 7th December 1941 Japan launched surprise attacks across the Pacific region, setting battleships ablaze in Pearl Harbor, then routing the British in Malaya and capturing Singapore itself: the greatest humiliation in British war history. The Japanese now seemed unstoppable and after being at war with China for a decade, and shocking the world with atrocities like the Nanking Massacre, they believed their destiny was to rule Asia under the Emperor, for them, a living god. Inferno - Dec, 7th 1941 and Japan launches attacks across the Pacific region, killing thousands in Pearl Harbor and capturing Singapore - a vicious and bloody battle ensues.

The Gallipoli campaign - The Gallipoli campaign Each year on Anzac Day, New Zealanders (and Australians) mark the anniversary of the Gallipoli landings of 25 April 1915. On that day, thousands of young men, far from their homes, stormed the beaches on the Gallipoli Peninsula in what is now Turkey. For eight long months, New Zealand troops, alongside those from Australia, Great Britain and Ireland, France, India, and Newfoundland battled harsh conditions and Ottoman forces desperately fighting to protect their homeland. By the time the campaign ended, more than 130,000 men had died: at least 87,000 Ottoman soldiers and 44,000 Allied soldiers, including more than 8700 Australians. Among the dead were 2779 New Zealanders, about a fifth of all those who had landed on the peninsula.

Russian Revolution — History.com Articles, Video, Pictures and Facts The February Revolution (known as such because of Russia’s use of the Julian calendar until February 1918) began on March 8, 1917 (or February 23 on the Julian calendar), when demonstrators clamoring for bread took to the streets in the Russian capital of Petrograd (now called St. Petersburg). Supported by huge crowds of striking industrial workers, the protesters clashed with police but refused to leave the streets. On March 10, the strike spread among all of Petrograd’s workers, and irate mobs destroyed police stations. Several factories elected deputies to the Petrograd Soviet, or council, of workers’ committees, following the model devised during the 1905 revolution. On March 11, the troops of the Petrograd army garrison were called out to quell the uprising.

5 Whores Who Changed The Course of History For most of us, performing sexual favors in some dark alley for grocery money is about as low as life can get. But history is full of stories of prostitutes who parlayed their skills into positions of prestige and power. And some of them changed the world. Where: Jericho. When: World War II for Kids: Causes of WW2 History >> World War 2 for Kids Please note: The audio information from the video is included in the text below. There were many events throughout the world that led to the beginning of World War 2. In many ways, World War 2 was a direct result of the turmoil left behind by World War 1. Below are some of the main causes of World War 2.

Battle of Gallipoli - World War I With World War I stalled on the Western Front by 1915, the Allied Powers were debating going on the offensive in another region of the conflict, rather than continuing with attacks in Belgium and France. Early that year, Russia’s Grand Duke Nicholas appealed to Britain for aid in confronting a Turkish invasion in the Caucasus. (The Ottoman Empire had entered World War I on the side of the Central Powers, Germany and Austria-Hungary, by November 1914.) In response, the Allies decided to launch a naval expedition to seize the Dardanelles Straits, a narrow passage connecting the Aegean Sea to the Sea of Marmara in northwestern Turkey. If successful, capture of the straits would allow the Allies to link up with the Russians in the Black Sea, where they could work together to knock Turkey out of the war.

The Treaty of Versailles The Treaty of Versailles was the peace settlement signed after World War One had ended in 1918 and in the shadow of the Russian Revolution and other events in Russia. The treaty was signed at the vast Versailles Palace near Paris - hence its title - between Germany and the Allies. The three most important politicians there were David Lloyd George, Georges Clemenceau and Woodrow Wilson. Did the CIA test LSD in the New York City subway system? On Nov. 28, 1953, Frank Olson, a bland, seemingly innocuous 42-year-old government scientist, plunged to his death from room 1018A in New York’s Statler Hotel, landing on a Seventh Avenue sidewalk just opposite Penn Station. Olson’s ignominious end was written off as an unremarkable suicide of a depressed government bureaucrat who came to New York City seeking psychiatric treatment, so it attracted scant attention at the time. But 22 years later, the Rockefeller Commission report was released, detailing a litany of domestic abuses committed by the CIA.

How many New Zealanders served on Gallipoli? As the centenary of the First World War approaches, people are interested in how many Kiwis served in the various campaigns. For Gallipoli, the answer is not straightforward – and the waters have been muddied by a mistake by a senior British general that went unnoticed for nearly a century. Sir Ian Hamilton was a respected military thinker but not a great success as head of the Mediterranean Expeditionary Force (MEF), the cobbled-together Allied army which began landing on Turkey’s Gallipoli Peninsula on 25 April 1915. I’ve recently realised that Hamilton was also responsible for a significant underestimate of the number of men who served on Gallipoli in New Zealand units of the MEF. Sir Ian Standish Monteith Hamilton.