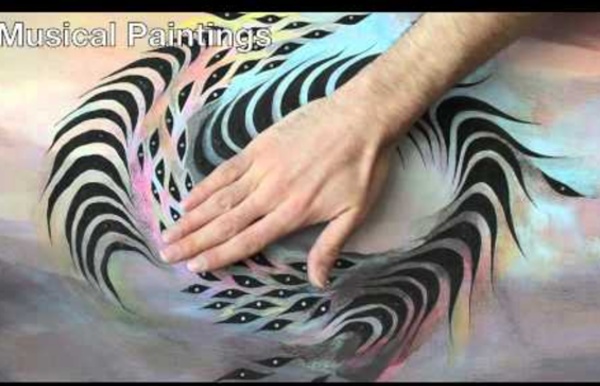 COMICS IN THE CLASSROOM: How one Wissahickon teacher uses comic books to connect with his students - Ambler Gazette By Dutch Godshalkdgodshalk@21st-centurymedia.com@DutchGodshalk on Twitter Wissahickon High School social studies teacher Tim Smyth uses comic books in his class lessons. BOB RAINES -- DIGITAL FIRST MEDIA LOWER GWYNEDD >> A few years ago, Wissahickon High School social studies teacher Tim Smyth, a by-the-book AP instructor who had earned himself a reputation among students for being “very challenging,” did something unexpected. He started handing out comic books in his classes — lots of comic books. Sometimes they’d be purely historical comics, books that illustrate a famous battle from the Hundred Years War or examine the American civil rights movement.

Res, a matter. The Xth Sense™ (2010-14) is a free and open biophysical technology. With it you can produce music with the sound of your body. The Xth Sense captures sounds from heart, blood and muscles and uses them to integrate the human body with a digital interactive system for sound and video production. In 2012, it was named the “world’s most innovative new musical instrument” and awarded the first prize in the Margaret Guthman New Musical Instrument Competition by the Georgia Tech Center for Music Technology (US). Today, the Xth Sense is used by a steadily growing community of creatives, ranging from performing artists and musicians, to researchers in physiotherapy and prosthetics, and universities and students in diverse fields.

15+ Ways of Teaching Every Student to Code (Even Without a Computer) According to Code.org, 90 percent of parents in the U.S. want their children to learn computer science—it will be crucial for many jobs in the near future—but only 40 percent of schools teach it. Critics claim that it is mainly the more affluent schools that offer computer science courses, thus denying those who attend poorer schools the chance to learn necessary skills. A focus on STEM is not enough: Code.org also reports that while 70 percent of new STEM jobs are in computing, only 7 percent of STEM graduates are in computer science. It is imperative that savvy schools begin to focus some STEM resources on computer science and programming. In my opinion, parents of every student in every school at every level should demand that all students be taught how to code. They need this skill not because they’ll all go into it as a career—that isn’t realistic—but because it impacts every career in the 21st-century world.

Eight Stages in the Teacher Technology Journey This framework is something that I've shared with district technology directors and coaches. If you're curious about having me meet with your team, please fill out the contact form at the bottom of this post. So AJ Juliani and I have started a new Classroom Questions series on rethinking professional development. We have a ton of new episodes that we're going to release all at once this week. One of the things I've been thinking about lately is how professional development should work when districts are doing larger technology rollouts (such as Chromebooks or iPads or, if it's 1996 Palm Pilots).

Kids Speak Out on Student Engagement A while back, I was asked, "What engages students?" Sure, I could respond, sharing anecdotes about what I believed to be engaging, but I thought it would be so much better to lob that question to my own eighth graders. The responses I received from all 220 of them seemed to fall under 10 categories, representing reoccuring themes that appeared again and again. So, from the mouths of babes, here are my students' answers to the question: "What engages students?" 1. Working with their peers

Touché: Touch and Gesture Sensing for the Real World. Disney Research, Pittsburgh. Touché is a new sensing technology that proposes a novel Swept Frequency Capacitive Sensing technique that can not only detect a touch event, but simultaneously recognize complex configurations of the human hands and body during touch interaction. This allows to significantly enhances touch interaction in a broad range of applications, from enhancing conventional touchscreens to designing interaction scenarios for unique use contexts and materials. For example, in our explorations we added complex touch and gesture sensitivity not only to computing devices and everyday objects, but also to the human body and liquids. Importantly, instrumenting objects and material with touch sensitivity is easy and straightforward: a single wire is sufficient to make objects and environments touch and gesture sensitive.

Advice to New Technology Coaches Many schools will be receiving new technology in a few weeks, and they'll need a plan for supporting and coaching teachers through the process of using this new technology effectively in their classrooms. This week I received an email from a friend and fellow educator who was seeking ideas for a new technology coach position at her school this fall. Here are three pieces of advice I gave her. 1.

Engagement Vs. Compliance The “Rule of Two Feet” I recently attended a conference that asked attendees to follow the “rule of two feet”. Throughout the conference day, if you found yourself in a session that didn’t apply or interest you, it was fine to pick up and move to another session. The presenter would not be offended, but would realize that the session was not a good match for that particular person. The probing question that came up throughout the day was “If students could utilize the ‘rule of two feet’, would they choose to stay in our classroom, or move on?” A powerful question to ponder. Microsoft Researchers’ “3-D Audio” System Is Like Oculus Rift for Your Ears Just as a new generation of virtual reality goggles for video games are about to hit the market, researchers at Microsoft have come up with what could be the perfect accompaniment—a way for ordinary headphones to create a realistic illusion of sound coming from specific locations in space. In combination with a virtual reality device like the Oculus Rift, the new system could be used to make objects or characters in a virtual world sound as well as look like they are at a specific point in space, even if that is outside a person’s field of view. Microsoft’s researchers refer to the technology as 3-D audio.

Awaken the Learner, Tips Awaken the Learner To effectively prepare learners for success, teachers can emphasize cognitive skills in addition to content in their classrooms. Teaching knowledge has always been an essential component of the American school system, but recent instructional standards have also highlighted the importance of teaching cognitive skills. Cognitive skills, such as generating conclusions, problem solving, experimenting, and decision making, are thinking processes that promote a deeper comprehension of complex ideas. Teachers can directly teach cognitive skills to assist students in challenging, refining, and repurposing their understanding of lesson content. After instructing students on a cognitive skill directly, teachers can use cue words to indicate when it should be implemented.

Weekly sounds: gel-based speakers, sound to control devices and Audio Branding Congress program New post on Weekly Sounds, with the best resources on the world of Sound and Audio. Our picks of the week Most interesting news of this week are in the field of research, where many sources reported on going experimentations related to the use of Sound in novel and never seen directions. First article is about Harvard University, where Researchers build an audio speaker out of stretchy transparent gel, a flexible speaker with ionic able to produce high-quality sound. Sound Gives Objects A Human Touch reports the work of two researchers from Japan’s University of Tsukub, consisting of an experiment to use the phenomenon of sound resonance of objects to control a mobile or desktop device. Watch the video below to know more.

20 Ways to Keep Your Students' Attention As the end of the year approaches, it can be more and more challenging to keep your students' attention. Brain Breaks are important, but there are plenty of things you can do within a lesson to keep kids from day dreaming...or worse yet, nodding off. Here are some ideas:Desk Switch: Students have ten seconds (count down from ten) to find another desk to sit in that is in a different part of the room than his or her normal desk. Students stay in that desk for the rest of the lesson. Why? Ultrasonic Syntact™ musical interface is introducing a new paradigm in the field of human-computer interaction design. It is redefining the possibilities of musical interaction and enabling a playful and physical engagement in musical creation. The revolutionary technology behind Syntact™ provides contact-free tactile feedback to the musician.