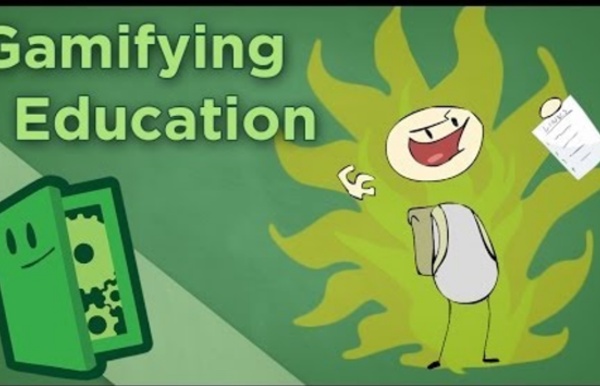 Arts Integration Lesson: Historical Figures Mashup Who doesn’t love a good mashup? From Madonna to Zombies, mashups are a way into pop culture and lead to big opportunities for creative expression. In today’s free high school arts integration lesson, we’re using those mashups to help connect social studies, literature and media arts in a brand new way. Enter: historical figures! What is Gamification? Gamification is the concept of applying game mechanics and game design techniques to engage and motivate people to achieve their goals.[1] Gamification taps into the basic desires and needs of the users impulses which revolve around the idea of Status and Achievement. The research company Gartner predicts that by 2015, a gamified service for consumer goods marketing and customer retention will become as important as Facebook, eBay, or Amazon, and more than 70% of Global 2000 organizations will have at least one gamified application. [2] History The oldest example of gamification are Frequent Flyer Programs that airline companies offer as a part of their customer loyalty programs. Gamification was a term that was first coined in 2003 by Nick Pelling, but did not gain popularity until 2010.[3] The term gamification began to gather interest and a following in 2010 when companies such as Badgeville started using it to describe their behavior platforms.

Music as a Teaching Tool Many teachers shy away from including music in their classrooms because they presume they need musical training to use music as a teaching tool. However, there are multiple ways to implement music in the classroom that don’t require any training. Classroom Strategies In the early grades, transitions are a little harder to set because the students are still learning what the concept of a minute is and what one feels like. A song can improve transitions because it becomes a behavior cue: Students grow accustomed to the length of the song or part of a song and internalize the time they have to move on to the next task, which helps them begin to take responsibility for their own learning.

Gamification of Education Home of everything Gamification Education -- research, community, case studies and more -- as part of the Gamification.org family of wikis. Want to help us create this website? Contact us! Introduction Education affects everyone. It's how humans learn both explicit material (facts, dates, formulas, methods) and implicit material (critical thinking, attitudes, judgement). James Alan Sturtevant I live in stucco ranch surrounded by ancient oaks and hardwood maples. My house is in Eastern Delaware County, Ohio. Delaware County is just north of Columbus. I’ve been married to the stunning Penny Sturtevant since 1991. Penny was a middle school principal, but now she works in the Central Office as the Director of Testing and Career Readiness. She’s far more professional than me!

Gamestorming Creativity and invention has long been seen as a “black box.” As business people, we don’t typically try to understand this process. We fully expect that when designers, inventors, and other creative people go into a room with a goal, they will come out with more or less creative discoveries and results. Although when we watch them at work, we can observe some combination of sketching, animated conversations, messy desks, and drinking. But the fundamental nature of what happens in that room remains mostly a mystery.