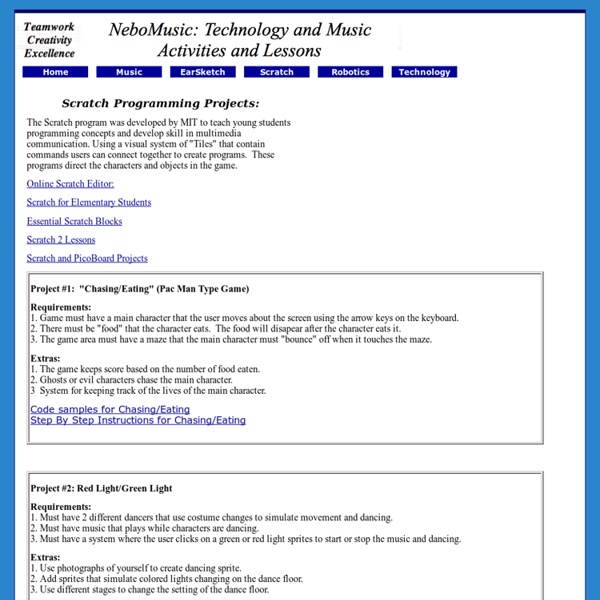 The State of STEM 9/27/2012 By: Sascha Zuger Forget “four score and seven years ago”; until the past few years the term “STEM” wasn’t even part of our nation’s dialogue. Today, everyone’s jumping on the STEM bandwagon, but what are the real educational outcomes of this science-tech-engineering-math focus, and how will the current economic climate affect future programming? Here’s a look at STEM today, and what STEM might look like tomorrow. The STEM Sell, Dollars and Sense From political debates to classrooms to local media, the importance of STEM success is causing a buzz—so what is holding back a wholehearted push toward expanding these programs and encouraging our students to achieve their highest potential? Findings from the IESD 2012 National Survey on STEM Education of 1,079 educators suggest that concerns about funding continue to be the leading challenge. The surveyed teachers’ top STEM tech tool was clearly the iPad, which was followed by other tablets, probes, simulation programs, and apps.

36 Resources To Help You Teach Kids Programming As a parent, I am always looking at what my children are learning and what they like. As a software developer, I hope that my daughters embrace their inner geek one day and get involved with technology. That being said, I was wondering at what age kids should learn programming and what resources there are to teach kids programming. I found that some people were starting the education as early as 6 years old. Now that we have addressed the age issue, the big question is what programming language should the child learn? Traditional Languages This section will probably draw the most criticism. Lisp and Scheme are used heavily in research oriented universities when teaching an introduction to programming and the theory of programming. Learning Environments And Other Things In addition to the traditional languages above, there are websites and interactive environments that focus on teaching children. References

Educator Classes - Education Imagineer student creation of video games into your curriculum! This is a self-paced class that will help teachers learn the basics of Scratch computer programming language. The STRETCh Instructor feels passionate about helping teachers be able to access the knowledge they need to help ALL students learn to CODE and think computationally. These are essential skills for ALL student and adults to have in the 21st century. For this reason, the class is FREE of charge. However, please appreciate that this did take time to set-up and create. Learning Target: I can help students create a video game that will demonstrate their understanding of a concept being taught in school (either public, private, or home-school). For example of projects that others have created, see this link! To LEARN more about LEARNING TARGETS - please click here

7 Ways to make IT real: #5 Be realistic - ICT in Education - Educational Technology One sure-fire way to turn pupils off computing and ICT is to set tasks that are either unrealistic in themselves, or contain unrealistic elements. As an example of the former, I once came across an activity in which you selected your nail varnish colour from a database. Now, I’m not a girl, so I don’t really know about these things, but all I can say is that I have known lots of females and, as far as I know, none of them uses a database to figure out what colour nails to have. Now, I will concede that in certain circumstances, a database may well be necessary. Here are a couple of examples of unrealistic elements. There is a good article which makes this point, mentioned by Mark Chambers, Chief Executive of Naace, in a discussion list recently. Another example: I was going to buy a combination lock for use when I go swimming. That example is not directly related to computing. Indeed, in order to reflect the real world, it may even be necessary to introduce an element of “inefficiency”.

Top 10 Websites to Learn Coding (Interactively) Online Gone are the days when programming languages could only be mastered programmers like Bill Gates, who later got to dominate the world by storm. Now everyone holds the same potential, and the chance to learn and even master programming language easily. Today, we will show you 10 interactive websites that will help you do that. That’s right, forget about complicated setups and black, cold command prompts that make you want to quit before you start, and say hi to 10 educational websites with instant and interactive lessons that teach you programming languages like HTML, CSS, PHP, Ruby and even iOS. Recommended Reading: Getting A College Degree Or Self-Learning? Kickstart the beginning of your new path into programming today! Codecademy Codecademy is indisputably the most famous website to teach you to code interactively, thanks to its helpful interface and well-structured courses. Inside each lesson is a panel that explains necessary code and instruction. Code Avengers Code School Treehouse

How to embed QR codes in to pictures Published on May 19th, 2013 | by Mark Anderson I’ve long sung the praises of using QR codes as a vehicle to support learning with these two posts being two such examples: …and I’m not the only person either: There are lots of places online that you can use to create your own QR codes for free too. Today I found another site for creating QR codes called – the USP with this site is their ability to embed QR codes in to existing images. Why not give it a go!? If you know of any other sites that do this or have some more ideas on how QR codes can be used, please let me know in the comments or say hi on twitter. Cheers! Tags: #edtech, #iPad, education, learning, pedagogy, qr codes, technology About the Author

Teaching Kids Programming | The Baheyeldin Dynasty In order to teach kids how to program, you need first to get them interested in something that is computer related. One of the best ways to get them interested in computers is games. They may want to write their own games, and that could be their entry into programming. Here are some links to sites that deal with this subject. Python is a very clean and very easy to understand language, yet a very powerful one as well. PyGames is a set of libraries that allow someone to write their own games using the language. Here are several tutorials on the Python language, which you will need to write games using PyGames: For beginners, it is recommended that they start with something that does not assume they know too much about programming. IBM Alphaworks Robocode teaches kids Java programming while writing a game. Robocode Central is a web site dedicated to the Robocode community. Slashdot discussion on Robocode, titled: Learning Java through violence Kuro5hin discussion on Robocode

In the News: Five Web Tools to Help Teach Bloom's Taxonomy Wow, October is already here; the school year is flying. Banned Book Week is kicking off the new month, offering a chance for classroom conversations about freedom of speech and censorship. Last Friday, Edutopia took a quick look at some censored books in a great Five-Minute Film Festival, which rounded up some of the best Banned Book videos from around the Web. Elsewhere, tech integration made the headlines quite a bit last week -- including a story about the importance of tech learning, a teacher's look at using online discussions, and a list of recent education buzzwords. Five Tech-Friendly Lessons to Encourage Higher-Order Thinking Here, Susan Brooks-Young of THE Journal highlights five Web 2.0 tools that can be used to help students develop higher order thinking skills. Giving Every Student a Voice Through Online Discussion Author and teacher Catlin R. Movie Review: 'Won't Back Down' Should Kids Learn to Code in Grade School? In Case You Missed It: Other Quick Hits

27 Tips For Effective Classroom Management Getting students to pay attention, let alone actually learn something, is a challenge. It takes grit, determination, creativity, and a close eye. Teachers, in-classroom parents, assistants, and administrators need to be as up to speed as possible in order to be effective. When it comes to effective classroom management, there are a couple dozen things you should know. A wonderful visual created by Mia MacMeekin has me contemplating and thinking a bit differently about what it takes to effectively manage a classroom. Personally, I like the ‘signal’ idea where you have a predetermined sign or signal that shows the students are either off task or simply not paying attention. Project Spark Allows Players to Create Any World They Want When there are no limits, what will you create? The Electronic Entertainment Expo (E3 for short) is an annual event where developers showcase their latest electronic and gaming projects. Each year this event announces new video game consoles, games, and other media that are deserving of the big stage. Among this year’s presentation of the next round of console wars, shooters, sport games and RPGs, there was one announcement that stood out in the crowd as innovate to say the least: Project Spark. Project Spark (PS) was a big part of Microsoft’s press conference at E3. Like most customizing games, these worlds can be as simple or complex as you want them to be. A big selling point among many games is the ability to create your own content, whether that’s a character, a map, or a game type. Everyone is engaged. What can we hope to see from this new breed of world-building game? Where do you think we will see Project Spark be involved?

Computer Science Across the Curriculum - Computer Science Teacher - Thoughts and Information from Alfred Thompson Yesterday I had the pleasure of meeting with Seung Yu, the principal of the new Academy for Software Engineering, a new software/computer science focused school opening in New York City this fall. We had a great discussion about the school, its goals and how Microsoft might work with them. It’s an exciting idea – a school like this. I understand teacher openings have been posted and resumes are pouring in. I can imagine that to be the case. My good friend Leigh Ann DeLyser, who is on the advisory board of AFSE among other activities, pointed out to me that the latest math standards include recursion. Its worse with computer science. This is changing in higher education. I think we need to work at ways of including more computer science into other parts of the curriculum for two solid reasons. At Microsoft we have created (or really had teachers create for us) some web development curriculum that is designed to work well with other subjects.