The story of Malala Yousafzai 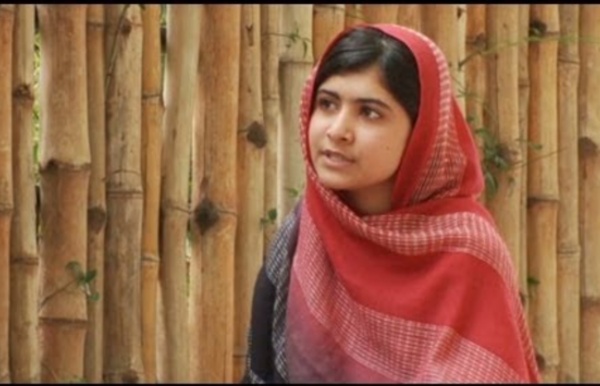 10 lifesaving websites for ESL teachers Lisa has asked me for some recommendations regarding useful sites for EFL teachers and I’m happy to make a little compilation of the places I visit most often to find ideas, inspirations, betimes lesson plans if I feel exceptionally lazy (The Liberation of the Garden Gnomes by Peter Vahle is just shiny!) and share them with you. So, here we go – my ten favourite websites: New study yields instructive results on how mindset affects learning Stanford Report, February 7, 2007 When psychology Professor Carol Dweck was a sixth-grader at P.S. 153 in Brooklyn, N.Y., she experienced something that made her want to understand why some people view intelligence as a fixed trait while others embrace it as a quality that can be developed and expanded. Dweck's teacher that year, Mrs. Wilson, seated her students around the room according to their IQ. The girls and boys who didn't have the highest IQ in the class were not allowed to carry the flag during assembly or even wash the blackboard, Dweck said. "She let it be known that IQ for her was the ultimate measure of your intelligence and your character," she said.

A-level results: Malala Yousafzai gets a place at Oxford Image copyright AFP/Getty Images Malala Yousafzai has gained a place at Oxford University after getting her A-level results. The Nobel Peace Prize winner, who lives in Birmingham, confirmed the news in a tweet congratulating all students getting their results on Thursday. She will be studying philosophy, politics and economics at Lady Margaret Hall. The 20-year-old was nearly killed by the Taliban in Pakistan for campaigning for girls' rights to education in 2012. In March, she revealed she had received an offer to study the three subjects at a UK university, on condition of achieving three As in her A-levels.

Video Lesson: Mr. Bean Follow me on twitter This is a video lesson based around the video “Mr. Bean packs his suitcase” thanks to British Council for bringing it to my attention in their lesson plan on making predictions but I’ve adapted it for use in different ways with different levels. Kids and lower levels The aim of this lesson plan is to practice holiday vocabulary (clothes and items that go in a suitcase) and some basic grammar structure.

What is PBL? To help teachers do PBL well, we created a comprehensive, research-based model for PBL — a "gold standard" to help teachers, schools, and organizations to measure, calibrate, and improve their practice. In Gold Standard PBL, projects are focused on student learning goals and include Essential Project Design Elements: bell hooks Urges "Radical Openness" in Teaching, Learning (The Council Chronicle, Sept. 04) When bell hooks writes about "education as the practice of freedom," she's "talking about that quality of education that is enabling and empowering and that allows us to grow." She adds, "The heart of education as a practice of freedom is to promote growth. It's very much an act of love in that sense of love as something that promotes our spiritual and mental growth." She credits education in this sense with fueling her own journey: "When people frequently ask me, 'What changed your life; what enabled you to come from this working-class, segregated home where [your] parents were not college-educated people into being one of our nation's well-known intellectuals?'

Why students need more than 'grit' Recently, “grit” has received growing attention from educators and others as the critical ingredient to academic success. Given our nation’s admiration for the rugged individual, it is understandable why we choose to glorify guts and grit. However, it is less clear why the idea has become such a popular explanation for success in education. University of Pennsylvania psychologist and McArthur genius awardee Angela Lee Duckworth has convincingly argued that grit is a measurable trait that predicts student achievement. She has also suggested that all students can learn to acquire grit. But an overemphasis on grit directs attention away from other factors that also affect student success.

National Center for Postsecondary Research (NCPR) Teachers College Led by researchers from MDRC, NCPR is evaluating learning communities, in which groups of students enroll together in two or more courses. The evaluation is being conducted at six community colleges around the country, with some colleges' programs focused on developmental math, others focused on developmental English or reading, and one with a career focus. These courses are linked with student success courses, other developmental courses, or college content courses in different configurations across the sites. Transcript-level data are being used to evaluate the impact of assigning students to a learning community, using a number of outcome measures that include progress through developmental education, credit accumulation, and persistence. Study intake began in mid-2007 and was completed in September 2009. The participating colleges have operated 161 learning communities over the course of the project, and nearly 7,000 students have been randomly assigned.

Mindset, Strengths, and Lasting Hope: An event hosted by Academic First Year Experiences at California State University, Northridge A Summer 2013 Workshop for U100 Faculty with Nyla Dalferes and Erin Delaney University 100 faculty members Erin Delaney and Nyla Jolly Dalferes presented this summer workshop on mindset, StrengthsQuest, and lasting hope in July 2013. The focus was on using principles of positive psychology in University 100 classes to build student confidence and to enable students to succeed at the university. Though it's not possible to sum up the workshop adequately after the fact, you can still learn from the materials that Erin and Nyla provided; they are listed below under "Resources." Erin introduced the work of Carol Dweck with a compilation of materials centered on "Encouraging a Growth Mindset in the Classroom." This compilation included a link to the brief article "Brainology" (again, see below under "Resources"), which Erin regularly assigns in all of her undergraduate classes as required reading for the second class meeting.

How to learn a foreign language on a budget While the benefits that come from learning a second language may in theory be priceless, many are put off by visions of shelling out huge amounts on expensive resources, tuition or immersion courses. The good news is that is it actually possible to learn on a budget. Here are a few tips for spending less and learning more: Start online Many new language learners now start with smartphone apps like Duolingo and Memrise which are free.

Back to School Ira talks with Paul Tough, author of the new book How Children Succeed, about the traditional ways we measure ability and intelligence in American schools. They talk about the focus on cognitive abilities, conventional "book smarts." They discuss the current emphasis on these kinds of skills in American education, and the emphasis standardized testing, and then turn our attention to a growing body of research that suggests we may be on the verge of a new approach to some of the biggest challenges facing American schools today. Paul Tough discusses how “non-cognitive skills” — qualities like tenacity, resilience, impulse control — are being viewed as increasingly vital in education, and Ira speaks with economist James Heckman, who’s been at the center of this research and this shift. Doctor Nadine Burke Harris weighs in to discuss studies that show how poverty-related stress can affect brain development, and inhibit the development of non-cognitive skills.