National Association for the Advancement of Colored People 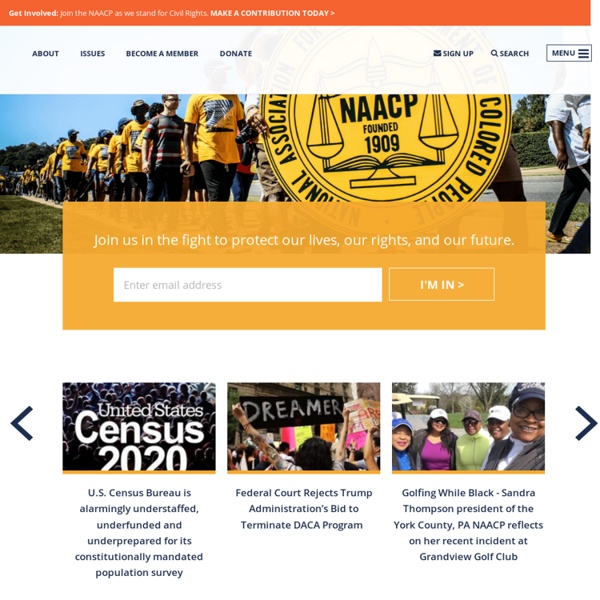 Teen Emmett Till Victim Of Kidnapping, Brutal Murder On This Day In 1955 Standing as one of the most-heinous, race-motivated crimes in America’s history, the kidnapping and savage lynching of 14-year-old Emmett Till (pictured) in Mississippi still stirs embers of anger in the minds of many who have endured racism and injustice. Considered a transformative moment in the African-American Civil Rights Movement, Till’s death shocked a nation and still resonates deeply in the minds of Mississippians and others abroad. SEE ALSO: Remembering The Houston Race Riot Of 1917 The circumstances surrounding Emmett’s death remain murky. His murder was supposedly sparked by Emmett making inappropriate advances toward a 21-year-old White woman, while visiting his mother’s home state in the Mississippi Delta region. Till and Curtis Jones went to buy sweet treats from a local market, Bryant’s Grocery and Meat Market. Several accounts have been reported of what Emmett Till actually said to the woman. Watch Emmett’s tragic story here: Black Panther Party Co-Founder Huey P.

Top 10 Examples of NAACP Racism The National Association for the Advancement of Colored People (NAACP) condemned the Tea Party movement last month for alleged bigotry within its ranks. The mainstream always seems extreme to extremists. As the following top-ten list demonstrates, the NAACP, a hotbed of political hotheads in recent years, isn’t the best organization to be lecturing others about extremism. 10. In March 2008, ABC News revealed that Barack Obama’s pastor had preached that African Americans should sing “not God Bless America, God Damn America,” that 9/11 proved that “America’s chickens are coming home to roost,” and that the U.S. government invented AIDS. 9. 8. 7. 6. 5. 4. 3. 2. 1. Rather than unnamed “racists” operating on the peripheries, or six-degrees-of-separation logic that lamely attempts to project X’s extremism upon Y, the above examples involve the NAACP’s official acts and duly elected leaders. Isn’t it time for the NAACP to accept responsibility for its own extremism?

National Association for the Advancement of Colored People The National Association for the Advancement of Colored People ( NAACP ) is an African-American civil rights organization in the United States, formed in 1909. [ 3 ] Its mission is “to ensure the political, educational, social, and economic equality of rights of all persons and to eliminate racial hatred and racial discrimination”. [ 4 ] Its name, retained in accordance with tradition, uses the once common term colored people . The NAACP bestows the annual Image Awards for achievement in the arts and entertainment, and the annual Spingarn Medals for outstanding positive achievement of any kind, on deserving black Americans . It has its headquarters in Baltimore , Maryland. [ 5 ] Organization The NAACP’s headquarters are in Baltimore, Maryland , with additional regional offices in California, New York, Michigan, Colorado, Georgia, Texas and Maryland. [ 6 ] Each regional office is responsible for coordinating the efforts of state conferences in the states included in that region. History

Union County, North Carolina Union County is included in the Charlotte-Concord-Gastonia, NC-SC Metropolitan Statistical Area. History[edit] The county was formed in 1842 from parts of Anson County and Mecklenburg County. Its name was a compromise between Whigs, who wanted to name the new county for Henry Clay, and Democrats, who wanted to name it for Andrew Jackson. The Helms, Starnes, McRorie, and Belk families took a major part in the Monroe and Charlotte, North Carolina. Most of these families came from Goose Creek Township. Monroe, the county seat of Union County, also became a focal point during the Civil Rights Movement. Law and government[edit] Union County is a member of the regional Centralina Council of Governments. Geography[edit] According to the U.S. Adjacent counties[edit] Major highways[edit] Demographics[edit] In the county the population was spread out with 32.90% under the age of 20, 4.7% from 20 to 24, 27.7% from 25 to 44, 25.2% from 45 to 64, and 9.6% who were 65 years of age or older. Communities[edit]

Paralyzed Veterans of America You can make a difference in the lives of our paralyzed veterans. Please make a donation today! Spinal cord injury/disease clinicians: Register today for Summit 2015+EXPO in Jacksonville, FL, Sept 1-3, 2015 Service a vehicle at a Penske Automotive Group dealership, and you can donate $1 in support of Paralyzed Veterans of America. Leave no fallen hero behind. Paralyzed Veterans' G.I.V.E. 100 Years of History W.E.B. DuBois | Charles Hamilton Houston | Oscar Micheaux | Harry T. and Harriette Moore | Martin Luther King, Jr. | Rosa Parks | Medgar Evers | Myrlie Evers-Williams | James Weldon Johnson | Mary White Ovington | Roy Wilkins | Carter G. Woodson Anti-Lynching Bill | Costigan-Wagner Bill | Voting Rights Act | Lift Ev'ry Voice and Sing Founded Feb. 12. 1909, the NAACP is the nation's oldest, largest and most widely recognized grassroots-based civil rights organization. Its more than half-million members and supporters throughout the United States and the world are the premier advocates for civil rights in their communities, campaigning for equal opportunity and conducting voter mobilization. Founding group The NAACP was formed partly in response to the continuing horrific practice of lynching and the 1908 race riot in Springfield, the capital of Illinois and resting place of President Abraham Lincoln. Johnson stepped down as secretary in 1930 and was succeeded by Walter F. Dr.

Robert F. Williams Robert F. Williams, May 1961 Robert Franklin Williams (February 26, 1925 – October 15, 1996) was a civil rights leader and author, best known for serving as president of the Monroe, North Carolina chapter of the NAACP in the 1950s and early 1960s. Williams helped gain gubernatorial pardons for two African-American boys convicted for molestation in the controversial Kissing Case of 1958. Williams' book Negroes with Guns (1962) details his experience with violent racism and his disagreement with the pacifist wing of the Civil Rights Movement. Early life[edit] Williams was born in Monroe, North Carolina in 1925 to Emma Carter and John L. Marriage and family[edit] In 1947, Williams married Mabel Robinson, a fellow civil rights activist. Civil rights activities[edit] After returning to Monroe from the Marines in 1946, Williams joined the local chapter of the NAACP. First they worked to integrate the public library. Black Armed Guard[edit] In Negroes with Guns, Williams writes: Kissing Case[edit]

Women’s Emergency Committee to Open Our Schools (WEC) The Women’s Emergency Committee to Open Our Schools (WEC) was formed on September 12, 1958, to combat the governor’s closing of Little Rock (Pulaski County) high schools. The first meeting of the organization was held on September 16. During the summer after the 1957 desegregation crisis at Central High School in Little Rock, Governor Orval Faubus invoked a recently passed state law and closed the schools to prevent further desegregation. The WEC became the first organization to publicly support reopening the schools under the district’s desegregation plan. Forty-eight women met in September 1958 in the antebellum home of Adolphine Fletcher Terry, the widow of U.S. WEC members continued their efforts. After the loss of the initial election, the WEC refocused its energies, sending out flyers and purchasing newspaper advertisements in support of the schools. WEC members remained vigilant against threats to public education. For additional information:Brewer, Vivion. Gates, Lorraine.

American Civil Liberties Union NAACP History History of the NAACP General NAACP HistoryRice NAACP HistoryOverview of The Crisis Magazine General NAACP History The NAACP was formed in 1909 in New York City by a group of black and white citizens fighting for social justice. On February 12, 1909, a "Call" was issued by a collection of 60 signatures for a meeting on the concept of creating an organization that would be an aggressive watchdog of Negro liberties. Ida Wells-Barnett, W.E.B. Overview of The Crisis Magazine In 1910, William Edward Burghardt Du Bois founded THE CRISIS magazine as the premier crusading voice for civil rights. Published bi-monthly, THE CRISIS magazine is dedicated to being an open and honest forum for discussing critical issues confronting people of color, American society and the world in addition to highlighting the historical and cultural achievements of these diverse peoples. THE CRISIS is published by The Crisis Publishing Company, Inc. — a for-profit enterprise that is legally separate from the NAACP.

History: Voting Rights Act Despite the fact that African Americans and other racial and ethnic minority Americans are guaranteed the right to vote by the 15th Amendment to the U.S. Constitution, which was passed just after the Civil War in 1870, states and local municipalities continued to use tactics such as poll taxes, literacy tests and outright intimidation to stop people from casting free and unfettered ballots. During the Civil Rights activism of the 1960's, just 5 days after Martin Luther King, Jr. led the march on Selma, President Lyndon Johnson announced his intention to pass a federal Voting Rights Act to insure that no federal, state or local government may in any way impede people from registering to vote or voting because of their race or ethnicity. In 1965, President Johnson signed the Voting Rights Act into law. There were 3 enforcement-related provisions of the Voting Rights Act that would have expired in August 2007 unless reauthorized.