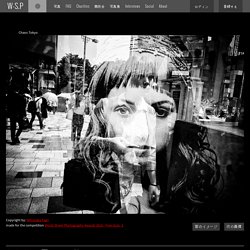 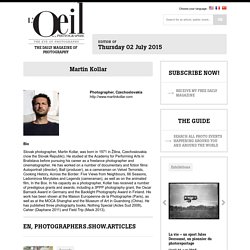 He studied at the Academy for Performing Arts in Bratislava before pursuing his career as a freelance photographer and cinematographer. Toby Glanville's brilliant images of workers in the late 90s. “I think perhaps that a real portrait is one that suggests to the viewer that the subject portrayed is alive, be it a person or even, let’s say, an apple,” photographer Toby Glanville told Liv Siddall in an interview a few months back. 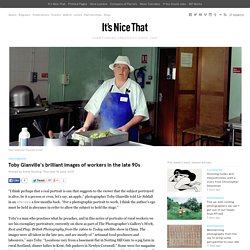 “For a photographic portrait to work, I think the author’s ego must be held in abeyance in order to allow the subject to hold the stage.” Toby’s a man who practises what he preaches, and in this series of portraits of rural workers we see his exemplary portraiture, currently on show as part of The Photographer’s Gallery’s Work, Rest and Play: British Photography from the 1960s to Today satellite show in China.

The images were all taken in the late 90s, and are mostly of “ artisanal food producers and labourers,” says Toby. Mid-Century Burlesque Stars Prove That Beauty Has No Age Limit. Angel Carter, Pahrump, Nevada, 2012 Val Valentine, Toledo, Ohio, 2012 April March, Saratoga Springs, New York, 2012 The burlesque dancers of the mid-20th century, suggests French photographer Marie Baronnet, were feminists in a time before feminism. 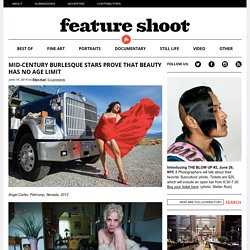 In a country wherein women were limited mostly to the home—and where female sexuality was overlooked by both science and society at large—they traveled the states, paving their own roads by doing what they loved to do. Уличный фотограф Сычев. TAVEPONG PRATOOMWONG. Errol Morris: How Typography Shapes Our Perception Of Truth. In 2013, acclaimed filmmaker and author Errol Morris ran a bold experiment. With the collusion of the New York Times, he asked 45,000 readers to take an online test.

The test allegedly measured whether or not readers were optimists or pessimists. But in reality, Morris was trying to find out if the typeface a statement was written in had any impact on a reader's willingness to agree with that statement. Simply put, are some typefaces more believable than others? The answer is yes. Christopher Forsyth photographs Montreal's metro stations. Photo essay: Canadian photographer Christopher Forsyth has spent the last seven months shooting the subterranean stations that make up Montreal's four-line metro system (+ slideshow). 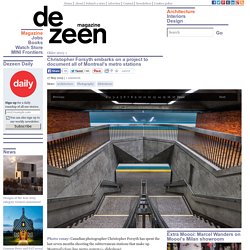 The Montreal Metro is Canada's busiest metro system, with an average of 1,245,700 journeys taken every weekday. But Forsyth says most passengers barely notice the "beautiful design" of its 68 stations, many of which were completed in the 1960s. In this essay written exclusively for Dezeen he describes his aim to document the spaces of all 68 and reveals the perils of being caught photographing travellers unawares. The unique architecture, art, and design of Montreal's metro has been the focus of a photography series I have been developing since October 2014. BARASH PHOTO - Inquiries / CV. Cole Barash (b. 1987) began his journey when he left his New England home at sixteen to document snow and surf culture in California. 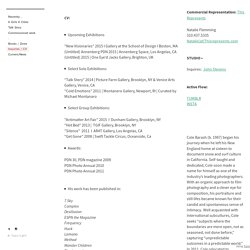 Self-taught and dedicated, Cole soon made a name for himself as one of the industry’s leading photographers. With an organic approach to film photography and a clever eye for composition, his portraiture and still lifes became known for their candid and spontaneous sense of intimacy. Captivating Images Capture the Friendship Between a Photographer and Her 97-Year-Old Muse. Fake tattoo. 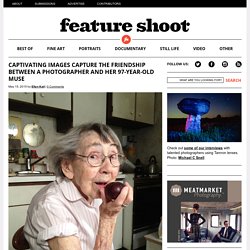 Trapping lightning in a box - Business Insider. Businessinsider. Fascinating photographs look into London's Evangelical Churches. Soniaszostak Portfolio - ABOUT. Geoff Johnson Shows What It’s Like For A Child To Live With A Hoarder. Omaha-based photographer Geoff Johnson created the series 'Behind The Door', showing the living conditions that he and his sister Jennifer grew up in, and what it is like to be living with a parent who is a hoarder. 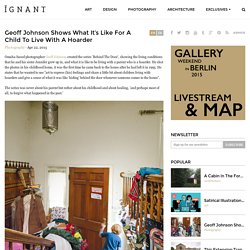 He shot the photos in his childhood home, it was the first time he came back to the house after he had left it in 1995. He states that he wanted to use "art to express (his) feelings and share a little bit about children living with hoarders and give a sense of what it was like ‘hiding’ behind the door whenever someone comes to the house". Yuki Aoyama Explores The Lives Of People In Uniforms. We first discovered Japanese photographer Yuki Aoyama through his series 'Solaryman' which features fathers in their suits, striking jump poses next to their daughters, who seem to be ‘frozen’ to the spot. 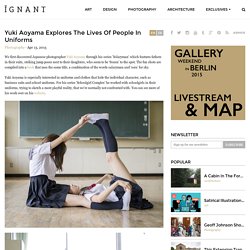 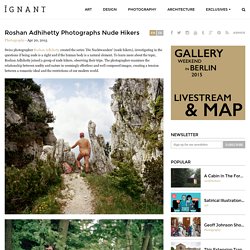 To learn more about the topic, Roshan Adhihetty joined a group of nude hikers, observing their trips. The photographer examines the relationship between nudity and nature in seemingly effortless and well composed images, creating a tension between a romantic ideal and the restrictions of our modern world. All images © Roshan Adhihetty. Unpredictable and beautifully chaotic India captured by Harry Mitchell. There was a time a year or two ago when we were inundated with hazy, throwaway-camera shots of far off places and short-lived holidays. Nothing wrong with that sort of thing, but we’re definitely receiving less. 12 Pinnable Pinterest Pins That Teach You How to Use Pinterest.

I’m learning to cook, design tattoos, and budget better than ever – and it’s all thanks to Pinterest. Why? Pinterest’s brilliant user experience makes it so simple to browse through photos and bookmark products, gift ideas, or articles (and much more) that you want to come back to later. Pinterest was first unveiled in 2010, with its very first “pin” being a photo of a paper cut-out of a couple kissing on a bicycle, pinned by Pinterest co-founder, Ben Silberman. After some early failures, Pinterest caught on and quickly attracted a niche audience, and it didn’t take long for it to join other social networks like Facebook and Twitter at the top.

Now with over 70 million users, Pinterest has become a powerhouse in the digital world. Whether you’re a restaurant owner, clothing designer, marketing company, or graphic artist, Pinterest is an incredible place to market your business. 1) Learn the Basics. 20 of the most inspiring, adventurous women on Instagram /// Adventure.com. A photo series where "the architecture is more sophisticated than the people"

Glasgow-based, Denmark-born photographer Tine Bek has taken the idea of the Baroque and spun it out to explore some pretty big concepts: nature, domesticity and the representation of the female body to name but a few. His series Barok is formed of numerous individual images which when isolated don’t seem to have to much to do with Baroque and all its drama and grandiosity; but together they form a strange narrative and take on a whole new feel. “Baroque is the main inspiration, not just as a period within architecture or art, but more so as an expression of a certain philosophy,” explains Tine.

“The overall themes [are]… the balance between illusion and reality, light and dark and time and space. Vintage circus posters picture kangaroos and women trapped in ice. Few photographers capture famous faces better than Andreas Laszlo Konrath. Claudine Doury. Galleries. Пресса о нас - Изоляция. Giulio Di Sturco. Welcome to Mary Beth Meehan. About Marsel van Oosten - Squiver. After graduating from the Academy of Arts with a BA in Art Direction and Graphic Design, Dutch-born Marsel van Oosten started a career in advertising. As an Art Director at various renowned agencies, he won numerous awards for his work, amongst which are one silver and two gold Lions at the prestigious International Advertising Festival in Cannes.

The acclaimed TV commercial he made for a Dutch nature conservation organization is representative of both his creative and emotional approach to communication, as well as for his love for the natural world and his concern for the environment. Taking photographs began as a way for Marsel to escape from life in the fast lane. After a trip to Tanzania, however, things started getting more serious. Close encounters with the animals of the Serengeti fueled his passion for wildlife photography, which soon became his specialty. Mikko Lagerstedt (@mikkolagerstedt) BRAD WILSON PHOTOGRAPHY, NEW YORK CITY, NEW YORK + SANTA FE, NEW MEXICO - AFFINITY II - 1. Beautifully atmospheric comics and drawings from Malachi Ward. Californian comics artist Malachi Ward treads a fine line between outlandish superhero fiction and achingly powerful personal tales. More sublime graphic design work from Comet Substance. We’re big fans of Comet Substance, graphic designer Ronny Hunger’s poster-producing alter-ego.