Ruby Bridges visits with the President and her portrait 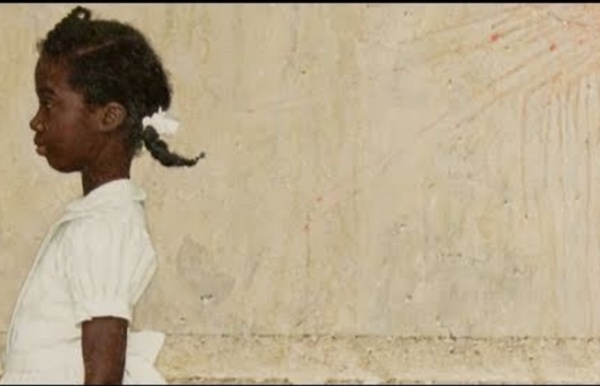 Montgomery Bus Boycott: A Victory for Civil Rights – Speakeasy News Sixty years ago, on 20 December, 1956, Martin Luther King and his fellow campaigners won a first victory in the long battle for African-American civil rights. The Montgomery Bus Boycott, which had begun when Rosa Parks famously refused to move to the back of the bus, finally ended after 381 days, when the Supreme Court ruled bus segregation illegal. But Rosa Parks wasn’t the first African American woman to refuse to give up her seat in a Montgomery bus. Rosa Parks refused to give up her seat on 1 December, 1955. Janelle Monáe Revealed the Real Meaning Behind Her New Song, 'Turntables' Prolific artist Janelle Monáe recently described the real meaning behind her new song, “Turntables.” The singer-songwriter explained that the record could help energize today’s revolution. Janelle Monáe’s ‘Turntables’ is on a new movie soundtrack “We kickin’ out the old regime,” sings Janelle Monáe in “Turntables.” During the hook, she declares, “The table ‘bout to turn.”

Election Printables Ask the Candidate Have students complete a graphic organizer. Download this Printable (PDF) Branches of Government THE ROAD TO CIVIL RIGHTS - Teacher Letang On 1 December 1955, the actions of one woman started a movement that changed life for all African Americans. On that day, Rosa Parks refused to leave her seat on a bus in Montgomery, Alabama, so a white man could sit down. At that time, most black Americans didn’t have equal rights with Whites. In the Southern states, like Alabama, it was extremely difficult for black people to vote. And there was a system of segregation or racial separation: black people couldn’t go to the same schools, restaurants or cinemas as white people.

Civil Rights 1) People were treated unfairly because they were ____________. late different sad 2) Segregation meant being forced to live, work and go to school in separate areas because of _____________. skin color money clothes 3) Because of segregation __________, people of different colors could not eat at the same restaurants. Clinton, Trump Are a Study in Contrasts American businessman Donald Trump and former Secretary of State Hillary Clinton are likely to face each other in the U.S. presidential election this year. Both candidates call New York State their home. But that might be the only thing they have in common. Donald Trump came from a wealthy family. He is known for building hotels and casinos around the world.

London Famous Places And Monuments Your report has been submitted. There was a problem submitting your report. Please contact Adobe Support. Report Abuse If you feel that this Video content violates the Adobe Terms of Use, you may report this content by filling out this quick form. To report a Copyright Violation, please follow Section 17 in the Terms of Use. A Black History Internet Scavenger Hunt Send students on a Black History scavenger hunt. Students can learn about famous black Americans while polishing their Internet surfing skills. Included: Four different "hunts" -- for students of all ages.

Queen Elizabeth II, Britain's longest-reigning monarch: 63 years in photos Queen Elizabeth II is poised to become Britain's longest-reigning monarch. On 9 September she will beat the record held by her great-great-grandmother, Queen Victoria, who reigned for 63 years and 216 days. As the eldest child of the Duke and Duchess of York, Elizabeth Alexandra Mary would have been expected to play merely a supporting role in the monarchy. At the time of her birth on 21 April 1926, her father was only second in line to the throne.

Biography: Harriet Tubman for Kids BiographyOccupation: Nurse, Civil Rights ActivistBorn: 1820 in Dorchester County, Maryland Died: March 10, 1913 in Auburn, New YorkBest known as: A leader in the Underground Railroad Please note: The audio information from the video is included in the text below. Biography: Where did Harriet Tubman grow up? Harriet Tubman was born a slave on a plantation in Maryland.