The Abolition of Slavery Project 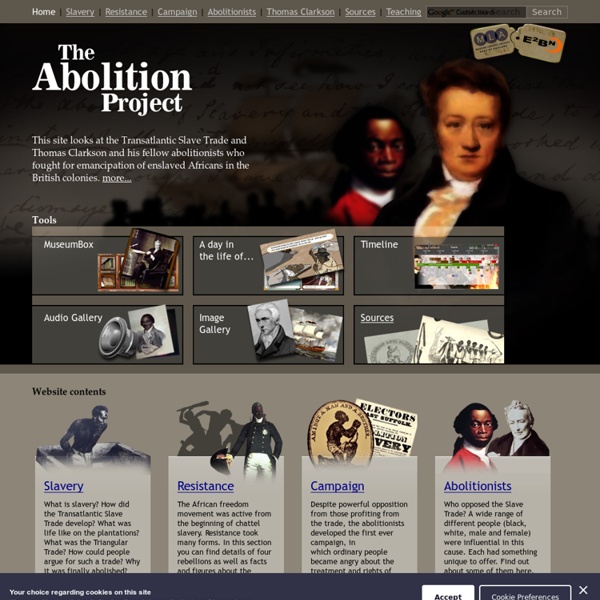 THE INTERVIEW - Secretary General Stoltenberg on NATO's new challenges Originally from Australia, she is a senior journalist and presenter who has reported from Europe, Asia and the Middle East. When not fronting the network’s new show on women’s issues, she is a news anchor and an international affairs commentator. Home - National Women’s Hall of Fame David Rumsey Historical Map Collection | The Collection From NY to Texas, KKK recruits with candies and fliers Your video will begin momentarily. Ku Klux Klan recruitment fliers are turning up on driveways across the countryFliers, usually left with candies, appear to be part of a wider recruitment effortThe Klan may be seizing on a time when race and immigration are dominant issues, some say (CNN) -- Carlos Enrique Londoño laughs at the Ku Klux Klan recruitment flier recently left on the driveway of his suburban New York home. It's unlikely the group would accept him. "I'm Colombian and dark-skinned," said Londoño, a painter and construction worker who has lived in Hampton Bays on Long Island for 30 years. The flier was tucked into a plastic bag along with a membership application, the address for the KKK national office in North Carolina, a list of beliefs and three Jolly Rancher candies. Gen. Actors in the silent film "The Birth of a Nation," released in 1915, portrayed Ku Klux Klan members dressed in full regalia and riding horses. Klan members march in a parade in Washington in 1927.

101 Research Paper Topics By definition a research paper requires the writer to learn a great deal about their subject, so it is always a good practice to select a topic that truly interests you before you begin gathering sources. If you are interested in your topic, learning about it will be more pleasurable and you will write with greater passion, so choose your topic thoughtfully. Use the following list of 101 research paper topics as a starting point for your paper. As you begin learning and writing about your topic, you should revise or amend your research question or thesis statement to better match the information that you are interpreting, analyzing, and expressing. Let your interest guide you. Download this list in RTF formatDownload this list in PDF format By: Mr. Why do we sleep? I hope this list will help you choose a topic for your research paper. Looking For More Resources?

King Arthur - Warrior, King King Arthur, the mythological figure associated with Camelot, may have been based on a 5th to 6th century British warrior who staved off invading Saxons. Synopsis King Arthur is a medieval, mythological figure who was the head of the kingdom Camelot and the Knights of the Round Table. It is not known if there was a real Arthur, though it is believed he may have been a Roman-affiliated military leader who successfully staved off a Saxon invasion during the 5th to 6th centuries. His legend has been popularized by many writers, including Geoffrey of Monmouth. A Historical Mystery Little is known about the possible figure who inspired the story of King Arthur, a heroic monarch who has been a popular mythological and literary character for some time. In contrast, the 6th century bard Aneirin crafted the Welsh collection of poems The Gododdin in which a heroic Arthur is spoken of. Becomes Heroic Figure Arthur in Literature... ...And on the Screen

62 School Project Ideas Are you a teacher, parent, or student looking for a creative project idea? You should find this list of 62 project ideas to be a great resource for designing activities and projects. When students create projects, they are the active agent in the learning process; the classroom is centered on the student rather than the teacher and the role of the instructor evolves to that of the facilitator. Advertisements: create an advertising campaign to sell a product. I hope this list of project ideas will prove to be a valuable resource in creating projects for your students or children. android:text=”@string/main_title”B The Thrilling Tale of How Robert Smalls Seized a Confederate Ship and Sailed it to Freedom Darkness still blanketed the city of Charleston in the early hours of May 13, 1862, as a light breeze carried the briny scent of marshes across its quiet harbor. Only the occasional ringing of a ship’s bell competed with the sounds of waves lapping against the wooden wharf where a Confederate sidewheel steamer named the Planter was moored. The wharf stood a few miles from Fort Sumter, where the first shots of the Civil War had been fired just a little more than a year before. As thin wisps of smoke rose from the vessel’s smokestack high above the pilothouse, a 23-year-old enslaved man named Robert Smalls stood on the deck. Like so many enslaved people, Smalls was haunted by the idea that his family—his wife, Hannah; their four-year-old daughter, Elizabeth; and their infant son, Robert, Jr. The only way Smalls could ensure that his family would stay together was to escape slavery. Now Smalls’ chance at freedom had finally come. This relatively simple plan presented multiple dangers.